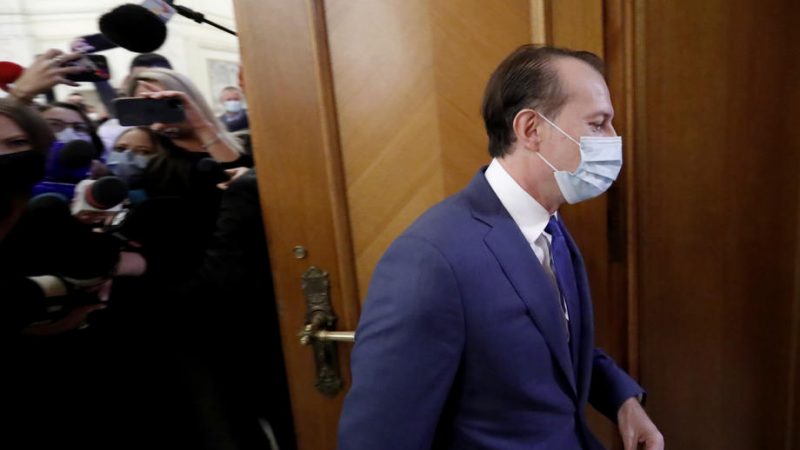 The censure motion was filed by the center-left Social Democratic Party (PSD), which gathered the support of far-right party Alliance for the Unity of Romanians (AUR) and former coalition members from the Union to Save Romania (USR, formerly known as USR-PLUS). [EPA-EFE/ROBERT GHEMENT]

The Romanian parliament voted on Tuesday to oust the centre-right government led by Florin Citu, after just nine months in power.

Current Prime Minister Citu from the National Liberal Party (PNL – EPP) overwhelmingly lost the no-confidence vote by the most significant margin in the history of censure motions in Romanian Parliament: 281 to zero.

The government will continue on an interim basis until a new cabinet is formed.

President Klaus Iohannis, who will be charged with appointing a new prime minister, is expected to make a statement later today. 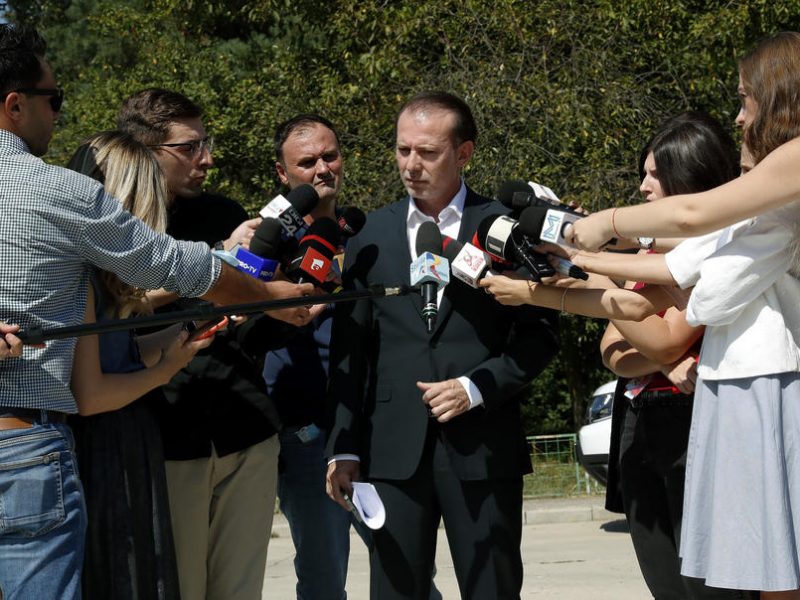 Just a few days after being elected president of the largest centre-right party in Romania, Prime Minister Florin Citu had to make a getaway from a news conference, visibly unsettled by the questions journalists asked regarding the allies of his …

The censure motion was filed by the centre-left Social Democratic Party (PSD), which gathered the support of the far-right party Alliance for the Unity of Romanians (AUR), and former coalition members from the Union to Save Romania (USR, formerly known as USR-PLUS).

For the motion to pass, 234 votes were needed, and the three parties had a total of 280 lawmakers.

The MPs of the National Liberal Party (PNL), the party led by Florin Citu, and their junior partners from UDMR, the party of the ethnic Hungarian minority, attended the debate but did not vote.

The political stalemate started at the beginning of September after Citu decided to dismiss the justice minister, Stealian Ion, a member of USR PLUS.

In response, USR retreated its ministers from the government and backed a censure motion against Citu.

USR has stated that it prefers to continue in the current governing coalition with a different prime minister. On the other hand, PSD is pushing for snap elections, which would be only possible after the parliament rejects two prime ministerial proposals.

It is unclear if PNL will continue to support Florin Citu, who was elected just ten days ago as president of the party. 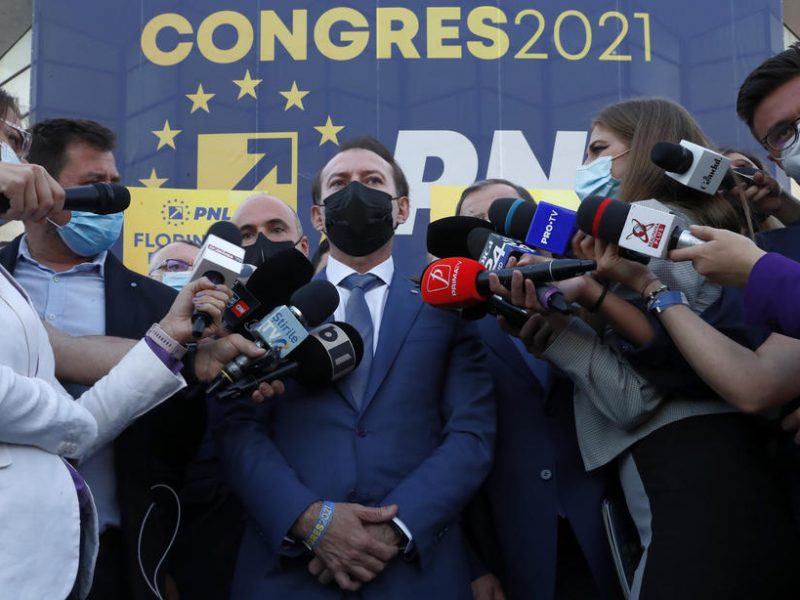 Citu, who provoked a crisis in the governing coalition, obtained the needed party support to continue as prime minister, but still has to …