Communications expert: Passion for Istanbul is a driving force 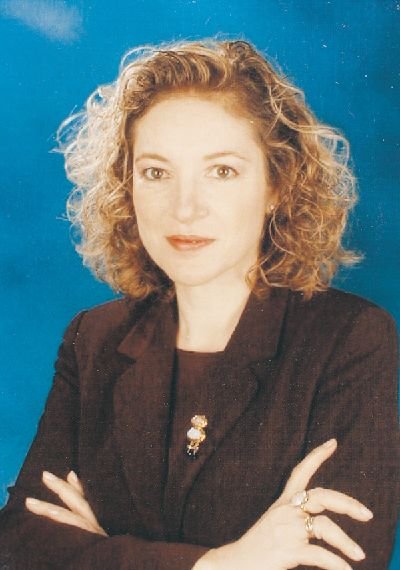 Zeynep Gö?ü?, a professional journalist and expert in communications, founded EURACTIV Turkey in 2008.

Dear Zeynep, congratulations on your appointment as 'ambassador' of the Istanbul 2010 event. What are your personal tasks? What are your ambitions in this new field of activity? How does this interfere with your work as a journalist?

Journalists have great networks. I was based in Brussels as a journalist in the 1980s, so I know a lot of people there who can help. My task in relation to Istanbul 2010 is to represent my city internationally, both in contacts with foreign journalist colleagues and in communicating to the many people who we look forward to welcoming as visitors. It is a message-transferring role.

How do you see the event developing? Will it live up to expectations? How do Turkish people feel about it?

Istanbullis are accustomed to hosting big international conferences, but this is the first time it has hosted such a major event over a period of nearly a year. Inevitably, there were some hitches in the early stages of its organisation. In such a big city, there are many conflicting interests. Unavoidably, some expectations could not be fulfilled, leading to disappointment. But the end-result is a series of great projects, from which both visitors to Istanbul and the inhabitants of the city will benefit. The people of Istanbul love their city. They are proud to share their passion with foreign guests.

What do you say to those in Europe who say Turkey is not in Europe, and that Istanbul is half in Europe, half in Asia?

When I read the Economist, I see that they refer to Georgia as a European country. If countries like Georgia and Cyprus are called European countries, then Turkey is European too. Byzantium was the seat of the eastern Christian church and Anatolia was the cradle of much of the Hellenic civilisation that we now think of as the root of Western culture. Turkey is a founding member of the Council of Europe, and it plays a leading role in many European institutions. The geographical argument does not hold.

Sometimes Turkish leaders say that Turkey has 'an alternative' if it is denied EU accession. Do you think this is the right thing to say?

No, I do not think so. On the one hand, Turkey certainly has an important regional role to play in the eastern Mediterranean and southern Caucasus. By fostering good relations with neighbouring countries such as Syria and Iran, it is contributing to world peace and prosperity, as well as to the prosperity of its own citizens.

But Turkey also has a European vocation. Many Turks live in Western Europe, and EU countries are Turkey's main trading partners. Of course, fulfilling Turkey's European vocation calls for good faith on the part of European leaders, too. The stated goal of Turkey's EU accession talks is full membership, an objective that has been formally approved by EU states. To go back on it would be a betrayal of their own agreements.

You yourself are a very modern woman, but in Turkey there are still problems with 'honour killings' and other practices of old. How do you see people's behaviour evolving?

Appearance is not sufficient on its own to determine if a person is 'modern'.

I am perhaps moderately conservative on many issues. But one thing is clear to me: there is no place in Turkey or in any other contemporary society for the kind of criminal attacks that are mistakenly termed by some people as 'honour killings'. In a modern society, only dishonour can come from such behaviour.

Having said this, mentalities are changing in Turkey as people become more educated and more tolerant. The EU accession process is playing an important role in broadening people's outlooks.

If our readers had the time and money to go to Turkey, what would you advise them to see from the Capital of Culture programme?

It takes only three hours to fly to Istanbul from Western Europe, and people can come for a weekend or a short holiday of a few days. There are many things on offer in the programme, from concerts and art exhibitions to cinema and theatre. Every week there is something new.

But the main thing is to enjoy the city. Visit the amazing collections of the Topkapi Palace, eat freshly caught fish in a restaurant in the Besiktas fish market, take a ferry-boat across the Bosphorus! All this is Istanbul and it's there for everyone to enjoy!