Daniel Freund is a German politician who has been serving as a Member of the European Parliament since July 2019. He is a member of Alliance 90/The Greens at national level, and sits with the Group of the Greens/European Free Alliance.

Judging from your activity on social media, you have been following the developments in Bulgaria, haven’t you? What are your impressions?

Yes. I haven’t been to Bulgaria, but I do follow the developments on the ground. My impressions are that there is a corruption problem in the country, that the judiciary is not independent any more, that the Chief Prosecutor only sees corruption to take aim at the opposition, and never in the ranks of Boyko Borissov’s GERB party. There should be no surprise that people are on the streets demanding change.

Bulgarians in the streets are frustrated by the lack of support from Europe – except perhaps the European Greens, who have been supportive of the protests and critical of the authorities. Why don’t the other groups show solidarity?

We as Greens have been working against corruption, to clean up the politics of corruption across Europe, and in the Parliament we are the strongest, most credible force on that front in the last three years. People notice that. The other political forces are all involved in some sort of corruption troubles. You have Orbán and Borissov in the EPP, you have the PiS party in the ECR, you have Malta for S&D, Babiš for Renew, so all other political families have big issues with some of their members on rule of law, fundamental rights or corruption issues. And I would say, this is an issue for the EU. Because the EU gives a lot of money to these countries without mechanisms to check that this money is well spent and rule of law is respected.

The whole system is built in a way that the EU manages little of this money directly, it’s mostly the member states checking whether the money is well spent. And if the checks at national level no longer work, if the judiciary doesn’t prosecute corruption, and we have seen that in Hungary quite a bit: when OLAF (the EU’s anti-fraud office) finds corruption in Hungary, the country’s authorities don’t take up those cases and the system no longer works. The EU has very little instruments when a member state doesn’t cooperate in the fight against corruption.

In Bulgaria at least we have that glimmer of hope that the European Public Prosecutor [Laura Kövesi] is going to pick up work in the next few months, although I don’t know the exact date. It was initially scheduled for 1 November, but member states dragged out nominating their delegated prosecutors, so it may be that she would need to postpone starting work by a couple of months.

But at least Bulgaria is a member of the institution of the European Public Prosecutor, unlike Hungary and Poland, who have so far refused to join. That’s the only mechanism the EU will soon have that can directly investigate in the member states, because the European Public Prosecutor would have the same rights and powers as a national prosecutor.

There will be another novelty very soon, possibly by end-September: a rule of law report on all member states. Do you think this mechanism will be effective?

It’s good that the Commission is doing that. Having a full overview of any member state: I think that can be useful. Obviously we haven’t seen the reports yet, we don’t know if they would reflect correctly the situation. But describing the situation doesn’t do much, right? We know that there is corruption in the Czech Republic, in Hungary and in Bulgaria, so in that sense, we don’t need another report just to notice that.

The same goes for media freedom or independence of the judiciary. It’s good to have an updated situation, but the next step should be to have a sanctions mechanism. The Commission proposed that in 2017, the EP voted in favour two years ago, that there should be that rule of law mechanism that allows financial sanctions when there are breaches on fundamental rights, but member states have blocked that. Viktor Orbán has said he would veto the whole recovery package for the Corona crisis if there would be an attempt to establish such a mechanism. So this is the question: will member states agree on that? We as Parliament have been adamant that we want a sanctions mechanism, and the four group leaders [EPP, S&D, Renew, Greens] said last week that the European Parliament is not going to approve the MFF (the EU budget for 2021-2027) if we don’t have a functioning mechanism. Particularly on the additional funding to address the crisis from COVID-19, if we cannot make sure that money actually reaches people that need it now, and if large chunks of this money end up in the pockets of corrupt leaders, then obviously something is very wrong.

Bulgarian protesters say “Stop funding our mafia”. There is a widespread perception that EU funds do not serve cohesion, but actually aggravate the discrepancies, because the rich get richer and the poor end up with nothing.  Your comment?

I don’t think there is one tool that can magically solve the problems, but there should be rules that make sure that in Bulgaria or Hungary, the money is not re-routed for completely different purposes, or gets stolen. There should be more action on behalf of the Commission on those cases when we see blatant corruption. Why are there only four people in OLAF working on the 40,000 projects in Hungary? Why not dedicating more resource to the control bodies? If we are to spend an additional Corona package of €750 billion, that also means that the control bodies like OLAF, like Europol, like EPPO, need an equivalent wave of staff and resources to adequately check on those funds, and then we will have to look into the beneficiary registries in all countries, so we can actually see who is getting all that money. I was in the Czech Republic to check on the conflict of interest of Prime Minister Babiš, and it’s been six months now that we’ve been trying to find out how much EU money this conglomerate Agrofert actually received for 2018, and it’s almost impossible to find this out. This is something we need to fix.

And we should also cap the amount of money that individual beneficiaries can receive. Why are we making billionaires with EU funding in some EU countries? Babiš became a billionaire mostly with EU subsidies. I think we need to introduce a cap on the agricultural subsidies that some people receive. Agricultural funding is aimed at supporting rural communities, small farmers to do their job, it’s not meant to create giant agricultural conglomerates that own huge lands.

This is precisely the case in Bulgaria. Small owners never see the colour of EU money – it all goes in the pocket of land barons. But the Commission knows that, what is your comment?

My comment is: that needs to change. But the other political groups do not want to change anything in the way the agricultural policy works. 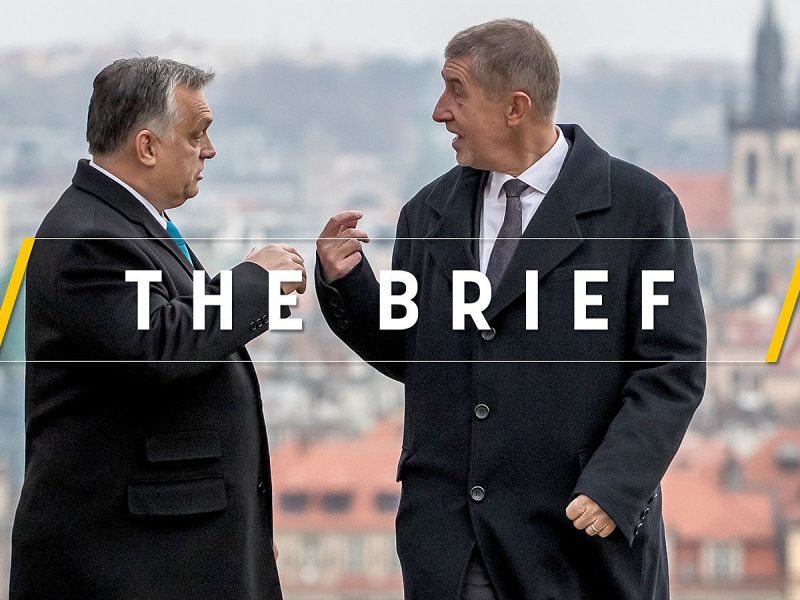 The New York Times published on Sunday a massive and well-documented cross-border investigative story which illustrates how EU farm subsidies (€65 billion per year) help underwrite a sort of modern feudalism in which small farmers are beholden to politically connected land barons.