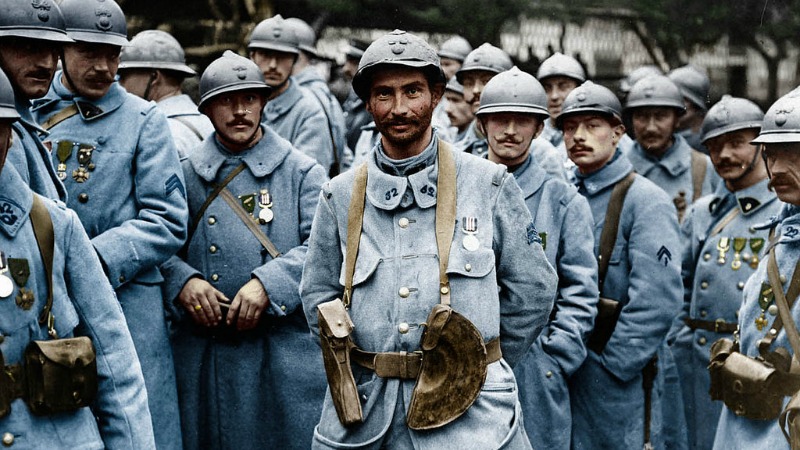 French and British leaders will participate in a commemoration ceremony of the Battle of the Somme on Friday (1 July), two days after an EU summit where the pair discussed Britain’s withdrawal from the 28-member bloc.

Prince William on Thursday (30 June) paid tribute to a generation lost at the Battle of the Somme, 100 years after the deadliest battle in British history.

“We lost the flower of a generation and in the years to come it sometimes seemed that with them a sense of vital optimism had disappeared for ever from British life,” William said at a ceremony in northern France.

“It was in many ways the saddest day in the long story of our nation,” he added, speaking on the eve of the 100th anniversary of the start of the World War I battle in which some 20,000 British soldiers died on the first day alone.

William, his wife Kate and brother Prince Harry attended the start of an all-night vigil at the Thiepval memorial to honour the 1.2 million troops of different nationalities who were killed, injured or listed as missing.

Soldiers from the UK, France, Australia, Canada, Germany, India, Ireland, New Zealand and Pakistan will take turns maintaining the vigil until 7:30AM, the precise time that tens of thousands of troops clambered out of the trenches only to be mown down by German guns.

“Tonight we think of them…. We acknowledge the failures of European governments, including our own, to prevent the catastrophe of world war,” the prince, also known as the Duke of Cambridge, said.

In addition to around 20,000 British fatalities on that first day, tens of thousands more were maimed or wounded.

“It’s quite emotional in a way. I feel it’s important to remember these things,” 73-year-old Irishman William Vernon said earlier as he arrived under rainy skies to attend the main commemoration ceremony set for Friday.

Vernon said he was coming to remember his great-uncle — also named William — a banker who died aged 26 in the Battle of the Somme on July 16, 1916. Like the 10,000 members of the public attending, he applied for his ticket online.

Vernon’s son, William, 33, said he felt it was important to pay tribute to his relative who died “in the most horrendous conditions. It was an absolutely awful war, a pointless war. To be in the trenches was absolute torture”, he said.

Beleaguered British Prime Minister David Cameron – mired in a battlefield of his own after Britain voted to leave the European Union – has confirmed he will attend Friday’s ceremony alongside French President François Hollande.

Hollande made a last-minute change to his schedule to attend because, “beyond what is happening at a European level, the United Kingdom remains a friend with which France wants to keep a relationship,” a source close to the president told AFP.

Britain’s Prince Charles will also attend the main ceremony at Thiepval on Friday, one of six in the Picardy region, according to local authorities.

The Thiepval Memorial is the largest Commonwealth war memorial in the world, commemorating more than 72,000 missing servicemen.

On the Allied side, the battle, which lasted nearly five months, was seen as a military tragedy not only for the British, but also for their comrades in arms from Ireland, South Africa, New Zealand, Australia and Canada. Officials from those countries will also attend.

The Battle of the Somme was launched on 1 July, as Allied forces hoped to relieve the pressure on the French, who were racking up losses in Verdun by attacking the Germans further north at the Somme.

However carnage ensued on both sides despite the frontline barely moving, in a battle that came to symbolise the horrors of trench warfare and the futility of the conflict.

One hundred years on, the rolling fields of wheat, maize and sugar beets in the French countryside are now popular with tourists including the descendants of the dead who come to visit the immaculately maintained war cemeteries.

Overgrown trenches can still be found, where soldiers once suffered in the thick mud, harassed by rats and haunted by the bodies of fallen comrades.

“The rank stench of those bodies haunts me still, and I remember things I’d best forget,” wrote English poet Siegfried Sassoon, who fought in the battle.

In all, the British Empire Forces lost some 125,000 men in the battle, according to the Commonwealth War Graves Commission, which still maintains 240 cemeteries in the area.