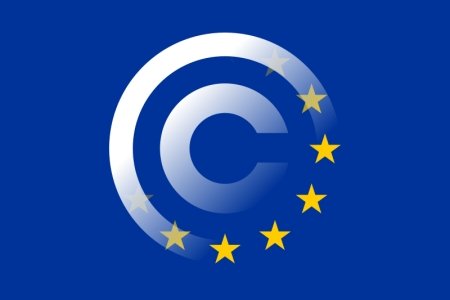 In a bid to untangle the jungle of national copyright regimes and increase EU-wide access to cultural works, the European Commission is considering introducing optional single copyright protection for movies, TV programmes and other audiovisual products, according to a document seen by EURACTIV.

The European Union is the biggest producer of films in the world and can also boast of being the second-largest TV market. Nevertheless, the huge potential of such vast production remains largely untapped due to the wide fragmentation of national markets.

Linguistic differences between EU member states still represent the biggest hurdle on the road to creating a genuine single market for cultural products in Europe. However, the European Commission considers that a more harmonised and coherent copyright protection regime could help overcome other national barriers – especially in the online world.

"The feasibility of creating an optional unitary copyright title could be examined," reads the Commission paper, to be published today (13 July). The document aims to stimulate public debate on the possibilities offered by online distribution of audiovisual works.

"Future authors or producers of audiovisual works would have the option to register their works and then obtain a single title that would be valid throughout the EU," adds the paper, drafted by the services of Internal Market Commissioner Michel Barnier.

This development would be good news for broadcasters, authors and producers who are eager to extend the reach of their works beyond national borders – not to mention consumers. However, the increased competition could also be seen as negative by players who would prefer to protect their national market shares.

A boost for video-on-demand services

The European film industry is also highly divided along national lines and has never been integrated. A European studio system similar to Hollywood has never emerged, and the production of movies is largely left to small and medium-sized enterprises (SMEs).

"It suffers from underinvestment" in comparison to the US or Japan, and "the average film budget is a fraction of that of the major studios," reads the Commission paper.

To boost the visibility of European movies, Brussels wants to improve the availability of films on Video on Demand (VoD) services which are currently proliferating in Europe. The Commission estimates that there are over 500 such services operating in the EU.

Currently, a complicated system of licensing allows producers to negotiate release windows for movies in order to maximise revenues. These 'chronologies' differ from one member state to another but usually follow a standard sequence which would start with cinema releases, followed by DVD, VoD, pay TV and finally free-to-air TV, according to the Commission.

Although this segmentation makes sense, it can also hamper full financial exploitation of a movie, because it contradicts emerging trends among users who are increasingly interested in accessing audiovisual and cinematographic works "almost immediately after their release," argues the Commission paper.

The growing accessibility of pirate copies of movies which are still in the cinema is also shepherding in a new era of improving the availability of movies on different platforms at the same time and as early as possible.

The Commission suggests that this should be the way forward, although it recognises that it could lead to a loss of revenue for film producers, and therefore to reduced investment in a sector that already relies on public support.

EU broadcasting services are largely confined to national audiences. The European Commission underlines that multi-territory broadcast services have generally not emerged due to low consumer demand abroad, but also as a result of the excessive cost of setting up services and obtaining licences for content.

Only very specific products have managed to emerge across borders, such as movies, children's and sports programmes or live sports events.

Cinema follows a similar pattern, with European films watched almost exclusively in their country of production. This reduces the potential audience for European works.

Indeed, despite the fact the EU produces nearly double the number of movies produced by Hollywood, European movies represent only a quarter of total cinema admissions in the EU – while US films enjoy 68% of the EU market share, according to the Commission. In the US their share rises to 93%, while European movies get the remaining 7% share.