In Bulgaria, home to a large Roma population, authorities are struggling to enforce the strict containment measures generally respected by the population. Many Bulgarian Roma are said to have returned from Western Europe in recent days where they may have contracted the coronavirus.

Tens of thousands of Bulgaria’s Roma are already subject to measures bordering on martial law. The fears are that they will spread the coronavirus due to lack of discipline and ignoring rules.

Special measures have been imposed on entire neighbourhoods in the cities of Nova Zagora, Kazanlak and Sliven, where more than 50,000 Roma live.

In these three cities, municipal authorities have introduced a special checkpoint regime at the exits of the Roma neighbourhoods to prevent the locals from leaving the ghettos in large groups, which has happened in recent days.

The current containment regime in Bulgaria prohibits more than two adults circulating in the open in one place.

There are police patrols that stop Roma at checkpoints.

No cases of COVID-19 have been reported in any of the three cities. But there is no information on how many – if at all – have been tested. The political force calling for the stricter measures on Roma communities is the nationalist VMRO party, a junior coalition partner of Prime Minister’s Boyko Borissov GERB (EPP-affiliated). VMRO has two MEPs who sit with the ECR group.

VMRO has demanded that Roma neighbourhoods across the country be isolated and placed under quarantine because of ‘the lack of discipline on the part of their residents’.

Even before VMRO made this call, a checkpoint system was put in place in Nova Zagora for the Roma neighbourhood known as “Shesti”, home to nearly 10,000 people, where a curfew for minors has been enforced. The problem in the neighbourhood is not only due to the lack of discipline of its residents, but because of the lack of water supply and sewerage.

‘There is no discrimination’

“They may feel discriminated against, but there is nothing like that, and the measure is not for that purpose. Simply, residents of “Shesti” were moving around in large numbers within the city after the ban (on mass gathering) within the city was introduced,” Nova Zagora Mayor Nikolai Grozev (GERB) explained to bTV channel.

In Sliven, 25,000 Roma from the Nadezhda Roma district are under the blockade. Anyone trying to leave the neighborhood will be checked by police.

In Kazanlak, the movement of people from the Roma neighbourhood of Carmen is also restricted, with only one crossing point provided for residents.

The police are on duty around the clock with checks of personal documents. The goal is to avoid as much as possible access to the neighbourhood of people who do not officially reside there, the municipality said.

The biggest Roma neighbourhood in the country is in Plovdiv, southern Bulgaria. Nearly 100,000 people live in the Plovdiv Roma district of Stolipinovo, but as of 19 March, no such drastic measures have been imposed there.

There are also problems with the city of Pernik, where there are not as many Roma, but there is a water regime that makes it difficult for local people to strictly comply with hygiene requirements. Pernik is located 30 km from the capital Sofia. 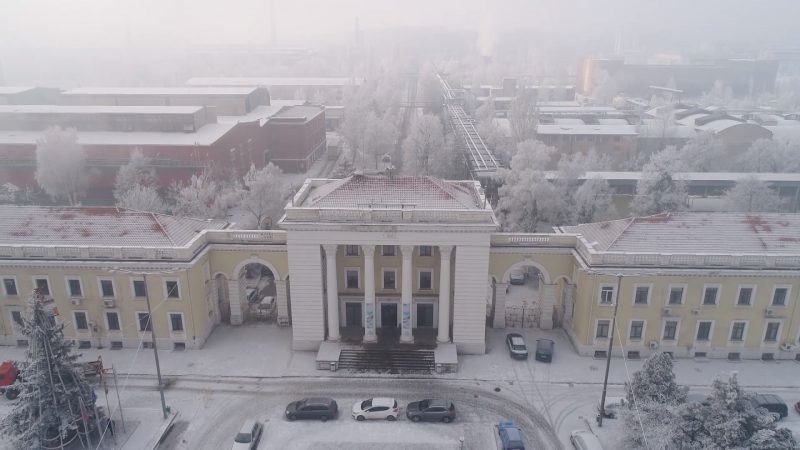 Where did the water from Bulgaria’s Studena Dam disappear, creating a humanitarian crisis for more than 100,000 people in the city of Pernik? Following the first part of Valya Ahchieva’s investigation, the Minister of environment and water Neno Dimov was arrested.

Roma are coming back from abroad

The chief of the national headquarters for fighting the coronavirus, Ventsislav Mutafchiiski, acknowledged that Bulgarian Roma returning from Western Europe could contribute to the spread of the virus.

“In connection with the return of large groups of Roma to the country, we have recommended more active work with these communities in cities. It will be explained what the coronavirus is, what quarantine is, how to protect ourselves, how the disease is transmitted, and more. Please do not make it sound like a discriminatory measure, but there will be a lot of activity there,” said Mutafchiiski.

The original version of this article was published on EURACTIV Bulgaria.