Few European cities are as disparaged for their multicultural makeup as much as Malmö. With over 20% of its residents estimated to be Muslim, Malmö is an ideal whipping boy for populists. The reality is something else. EURACTIV’s media partner Gazeta Wyborcza reports.

Gunshot wounds in the ER? “More often than not, they brought us lonely old men and drunken Poles.”

“Every year in Malmö’s emergency room we treat a few people for gunshot wounds,” says Paulina al Kuraishi, who was a nurse there for five years.

Back then she saw many wounded young boys visited by family and friends. And the ward would get noisy.

“But with me they had to behave. Mute your phone, hide those undies under your pants. Discipline, but out of love. Maybe that’s what they lack. Because in Sweden everyone cares only about their own”.

“Nah! How many times they came to me in the street: ‘Oh, you’re from the emergency room! Remember me? You threw me out because I was loud’. I still live in Rosengård. I tell them: ‘Boys, empty cans go in the trashcan, make it look nice’. All depends on how you approach people.”

Paulina remembers that the district got terrible press back in the 1990s. The Stockholm journalists came to “look at us like we were monkeys in a zoo”. They quoted the ridiculous story about inhabitants destroying wooden floors to grow vegetables in their rooms. 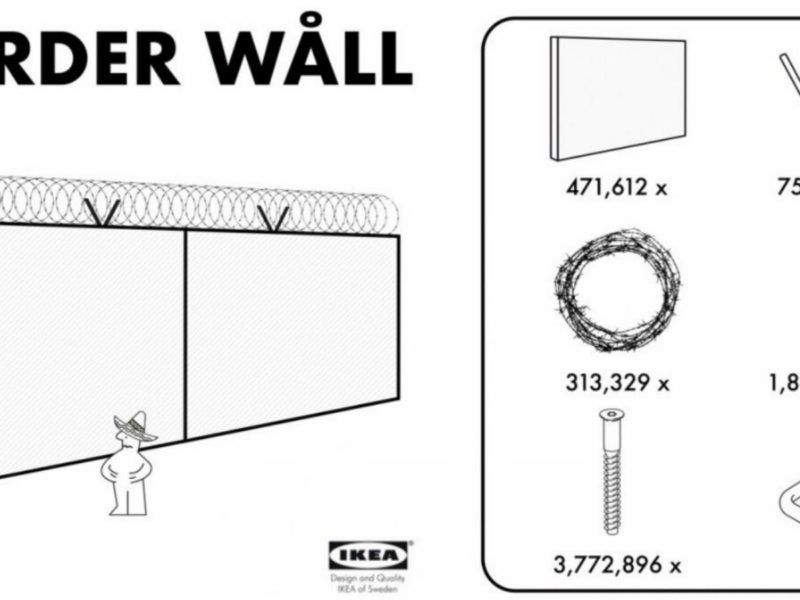 President Donald Trump’s suggestion that Sweden experienced an immigration-related security incident prompted a baffled response from the Scandinavian country on Sunday (19 February) as diplomats asked for an explanation and citizens responded with amusement.

“I’m ashamed I was once fooled, too. A friend from Stockholm came to visit. Scared like hell, because, you known: Rosengård. We were sitting here, talking, and suddenly someone knocked on the door. It was after 10 PM. In Sweden you don’t visit friends just like that, you call them first to make an appointment. I looked through the eyehole – a black guy. My colleague freaked me out enough that I didn’t open the door. Half an hour later we heard another knock, this time a neighbour. Again, I didn’t open, I don’t know why. The next day it turned out that I had left my keys in the keyhole. The neighbour took them to the police. That’s how it is in Rosengård. We take care of each other. A Swede wouldn’t see those keys, he would just look away.”

Paulina also claims that as for the emergency room, more often than juvenile delinquents they would have old Swedes who just wanted to talk to someone. And Poles.

“Often they were brought in by an ambulance because they had a few and fell off a ladder! In the evenings we had completely drunk people coming in. The two record breakers on intensive care reached 0.6 BAC each, and they were proud to have survived. Alcohol is very expensive in this country, so we had many Poles stealing the ethanol we use for decontamination.”

“I took care of myself”

According to the official data from two years ago, over 7,000 Poles live in Malmö, population 320,000. On the corner of Sodra Forstadsgatan and Smedjegatan, next to a Swedish supermarket, an Indian Haweli restaurant and a Middle Eastern shawarma, there is a Polish delicatessen called “Polonus”. Rosengård extends to the south east. Downtown, where the white Swedes are the majority, is to the north. There native Swedishness meets “immigration light”: restaurants with some delicious ethnic food and the hookah shops.

Stockholm wants to dramatically decrease the influx of asylum seekers coming into the country. Sweden will observe minimum standards for asylum policies under EU law and international rules, the government announced on Tuesday (24 November).

The Polonus is owned by Jan Wilbring, who came in the 1980s.

“I had a sister in Sweden and I found myself a fake Swedish wife. In the beginning, I worked for a construction company, I washed the toilets. It wasn’t nice and easy. I’ve had my store for 20 years, I make it work.”

Wilbring sits in his office and watches the shop on several screens.

“Roma. I caught them like a hundred times, but I never went to the police because they wouldn’t do anything. There is a lot of pressure on them being a victimised group.”

I ask Wilbring if he feels safe in Malmö.

“In the middle of the night, not quite, but it’s not like you go out and you’ll get shot in the head. These are fights between gangs. I read what they write in Poland and I can hardly believe my eyes. Ten years ago or so, Sweden played in the Davis Cup against Israel and there was a riot started by some Palestinians. People are still putting those videos on the Internet, like this is what’s happening now.”

Despite this scepticism, the owner of Polonus supports the anti-immigrant Swedish Democrats.

“We should help the refugees, but only those really in need. In Rosengård we have a lot of people on benefits, not interested in any work. The state made them dependent. I took care of myself. I am liberal and I believe that a good state gives people a free hand, instead of interfering in raising children or curbing their initiative. The more I worked, the more I was punished by taxes. But I kept working. I have a lot of respect for the Iranian immigrants: they assimilate and bring benefits to the economy. The Persians are said to be the best-educated taxi drivers in the world”.

According to Wilbring, Sweden is ruled by the “political correctness mafia”.

“You are not PC, you lose your job. The Swedish Democrats are thought to be a racist party, but what the government now introduces – tightened border controls – is a part of their program.”

“Don’t you fear that anti-migrant sentiment may turn against the Poles?”

“There’s always a risk. If there were half a million of us, then maybe. But we’re just a few, so we’re not the problem.” 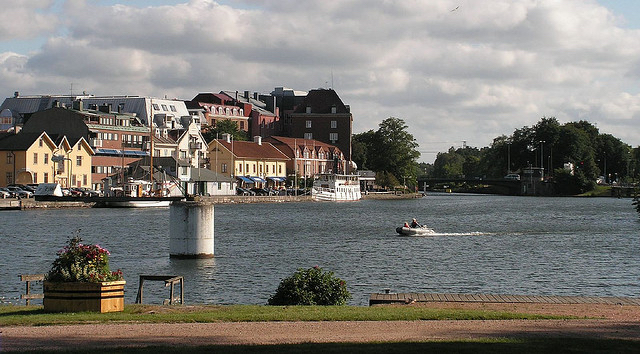 A sword-wielding man who killed two people at a Swedish school with many immigrant pupils was motivated by racism, police said Friday (23 October), as hostility towards refugees mounts across Europe.