There has been a downward trend in the number of internationalised domain names that use alphabets including Cyrillic---and multilingualism advocates want the EU institutions to change that. [Pixabay]

This article is part of our special report Domain names on a multilingual internet.

Advocates for internationalised domain names want the European Commission and MEPs to urge technology companies to make more software that recognises those characters, which could increase the amount of internet content in languages other than English.

“My worry is that the domain name system is falling behind very badly,” Emily Taylor, the author of the World Report on Internationalised Domain Names, told a room full of MEPs, Commission officials and tech industry executives at a recent debate in the European Parliament.

Taylor’s report is backed by UNESCO and EURid, a non-profit organisation that has been operating the domain “.eu” since 2006.

Internationalised domain names can bolster the use of a wider variety of languages online, but few websites and tech firms use software that recognises letters from non-Latin alphabets, Taylor said.

Jean-Jacques Sahel, managing director for Europe at ICANN, the non-profit that manages policies for the internet domain name system, referred to Bulgaria’s current presidency of the rotating Council of the EU. Someone using a travel website to book a flight to Bulgaria for a presidency event could have difficulties if their email address uses Cyrillic letters.

“More than likely you will not be able to book it because they’re [the websites] using outdated email forms,” Sahel said during the debate.

There have been efforts to increase the use of internationalised domain names in Europe.

But the downwards trend in the number of websites with internationalised domain names does not seem to be going away.

Numbers for 2017 are not yet available, but Taylor said her early research for next year’s world report shows a “slight depression” in how many websites were registered with internationalised domain names overall.

“Urgent action is needed unless we all want to continue speaking English,” Taylor said.

The multilingualism advocates argue that the EU already promotes diversity off the internet by recognising 24 official languages, and online content should reflect that as well.

Their pitch to expand the use of internationalised domain names has got the attention of some policymakers in Brussels.

“The gap between the rich diversity of language spoken in the offline world and languages in cyberspace remains,” said centre-right Luxembourgish MEP Viviane Reding. In 2005, Reding was the EU information society Commissioner when the “.eu” domain first started accepting registrations.

The internet has changed since the domain was first created, and Reding points out that big internet platforms like Facebook and Google have moved fast to adapt to different languages.

“It’s only since February 2016 that Google Translate is available in Luxembourgish, my mother tongue,” she added.

Reding argues that internet platforms have been especially helpful in getting people to use less widely spoken languages online. 70.5% of Luxembourg’s population of just over 500,000 reported speaking Luxembourgish at work, according to a 2013 study.

But she said Google and Facebook should not be the only tech firms that offer content in different languages.

Bigger companies with users around the world have an incentive to translate their services into a wide variety of languages.

“It makes business sense. When people understand the language of an application, they sign on engaged and remain at higher rates,” said Iris Orriss, Facebook’s director for internationalisation.

According to Orriss, 79% of people accessing Facebook from within the EU use the platform in a language other than English. Facebook users can choose from a long list of languages, including Sardinian, Corsican, Breton, Welsh, Irish and Basque.

But Taylor worries that the large companies will remain an isolated phenomenon, while tech firms overall make little effort to help people access the internet in their native languages – especially if they’re written in a non-Latin alphabet.

“Humans adapt when what they try to use doesn’t work. They use something else,” Taylor said.

“They will just stay in the application, in the walled garden on Facebook. They won’t range around what the domain name system enables, which is to access everything,” she added.

A new set of rules might soon shake up how websites can be registered with the “.eu” domain. The European Commission is drafting an updated version of the 2002 law that paved the way for the EU-backed domain.

The new legislation is expected to “better promote European values and reflect EU priorities in the domain-name system (DNS) environment”, including “multilingualism”, according to a preliminary report that the Commission published last year.

The Commission is weighing adding new measures to the existing law that could include criteria to “explicitly orient the .eu Registry’s activities” to promoting EU values, the report said. 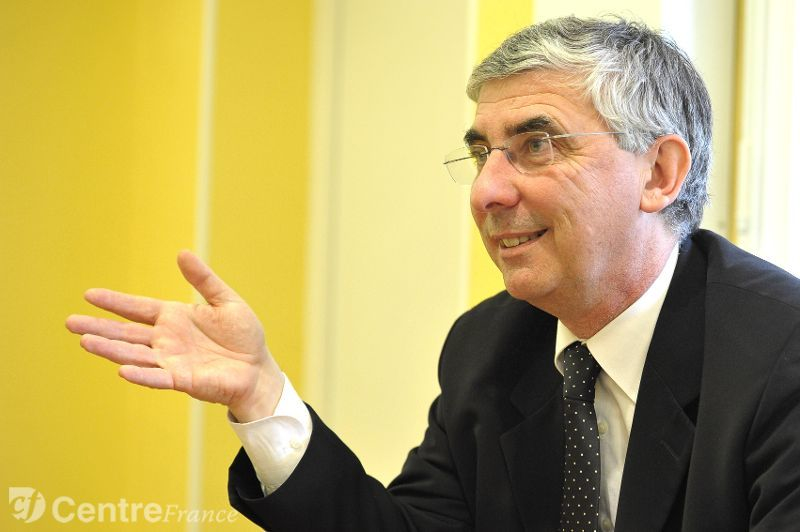 A new report from the French Senate outlines a strategy for greater European internet governance spearheaded by the Franco-German alliance. Only then can the EU compete with US’s online hegemony. EURACTIV France reports.