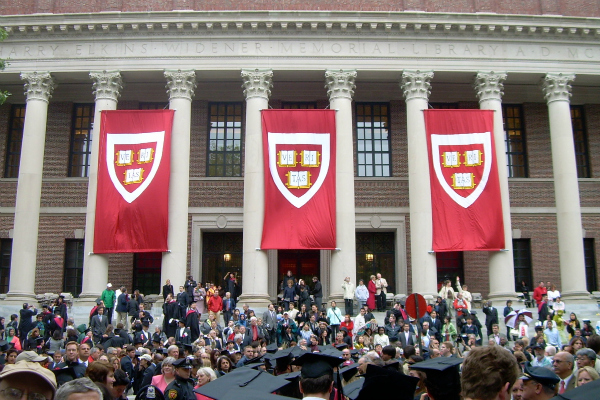 To boost the global standing of EU universities, the European Commission has pegged in its higher education strategy a new form of university listing, which analysts say may overturn the US “elite” bias of current commercial rankings.

The strategy, released yesterday (11 July), aims to ensure that European graduates gain the skills they need to work anywhere in the world and that Europe keep its place as a preferred destination for international students.

Europe currently attracts around 45% of all international students but with China, India and other major economies increasing investment in higher education, the branding of EU universities is key.

Currently, students can select from a number of different university ranking systems, with UK-based Times Higher Education, QS and China’s rival Shanghai Index being three of the more well known.

Frustrated with current university rankings – mostly commercial ventures that give greatest importance to research – the European Union is backing a new form of listing.

The European Commission says that over 700 universities have signed up to U-Multirank, which will promote them according to a broader range of factors than traditional rankings, including  quality of teaching and learning, success in knowledge transfer to the workplace and international orientation, as well as reputation for research (see background).

“By increasing transparency of the profiles of European HEIs [Higher Education Institutions], it will facilitate the ‘matching’ of needs for potential international learners or researchers, and thereby help boost the attractiveness of a broader number of European HEIs,” says the communication, which EU leaders and the European Parliament will discuss over the coming months.

The Commission has also invited universities from outside Europe to participate in U-multirank.

Ellen Hazelkorn, a higher education researcher at Ireland’s Dublin Institute of Technology, sees the need for new ranking systems as reputation built up in current listings is self-reinforcing.

“Part of the problem with the rankings … not the Shanghai, but the Times and the QS, is that they measure reputation and reputation is cyclical and it’s not possible to know that there are in fact very many good universities,” she told EURACTIV.

Hazelkorn is a lead author of a recent UNESCO and Organisation for Economic Co-operation and Development report on university rankings, ‘Rankings and Accountability in Higher Education: Uses and Misuses’. She thinks part of the Commission’s aim is to boost the profile of universities outside the traditional US elite, whose huge sources of funding permit the kind of depth of research that current rankings favour.

While there are an estimated 16,000 higher education institutions worldwide, current rankings only focus on a select 100 or 200 universities and regularly choose a top ten that are based exclusively in the Anglophone world, mostly the United States.

“It’s not surprising that the universities that are high on the rankings are ones that are the oldest and the most well-endowed. Yes, we have the Oxfords and the Cambridges but most of them tend to be US privates,” Hazelkorn said. “It’s a huge issue across Europe, which is why the European Union is sponsoring this new Multirank in an attempt to present a different view or a different way.”

Part of the motivation for the new listings is also what the Commission views as the under-representation of mainland European universities in current listings.

If used incorrectly, university rankings may also increase societal inequality and affect the labour market as employers focus on graduates from a few select and expensive universities, Hazelkorn says.

“I think there’s an increasing concern about increasing stratification, absolutely, because of the premium on being elite and essentially many of the attributes associated with being high in the rankings come with being very well-endowed and very well-resourced,” Hazelkorn said.

But the Commission does not think that rankings can skew the labour market because the number of students which attend “elite” institutions is so small.

“The job prospects for graduates of research intensive universities which figure in the rankings are certainly good, but as they constitute only a small percentage of the overall graduate population, we cannot speak of skewing the job market or increasing social stratification,” the Commission’s education spokesman, Dennis Abbott, told EURACTIV.

“But the current international rankings do tend to reinforce the idea that what counts is research, rather than performance in teaching and learning,” he added.

To Hazelkorn, the question remains as to why governments allocate huge resources to universities which only a small proportion of society attends.

She said that “90 or 95% of our students … do not attend elite institutions. That’s what makes them elite. So the question then is why are we spending so much on what people aren’t attending as opposed to what they are attending.”

Needing estimated yearly budget of €1.5 billion, universities ranked in the world’s top 100 may also detract resources from other important areas in national budgets, such as social care, as governments strive for that all-important “world class” label, the researcher says.

That less renowned universities are unable to command the tuition fees of the elite institutions has implications for the education policy of governments wishing to compete on the domestic or international stage.

“In order to compete at that kind of level that does mean in many cases significant sums in a budget,” she says. “We’re talking about an annual budget estimated to be called ‘world class’ of about $2 billion [€1.5bn] a year. Well, that’s fantastic but first of all it’s beyond many government budgets.

The researcher says that the issue comes from the perception that “elite” institutions are driving national or regional economic and social development, which she says they “are not”.

“For example, in the United Kingdom where the ‘world-class’ university discourse is especially influential … economic success, at any rate until the 2008 banking crisis, depended largely on the growth of financial services, although business and management were (and are) not among the United Kingdom’s most highly ranked subjects,” he says.

The House of Lords European Union Committee said in its report, 'Modernisation of Higher Education in Europe', that unless the Commission can overcome the perceived deficiencies inherent in all ranking systems, it “should prioritise other activities”.

“In the meantime, rankings such as the Times Higher Education World University Rankings may have a valuable contribution to make,” it adds.

Androulla Vassiliou, commissioner for education, culture, multilingualism and youth, said: "European universities need to think global. They must act strategically to capitalise on Europe's reputation for top quality higher education. They need to promote international mobility of students and staff, provide world-class innovative curricula, as well as excellence in teaching and research ... There is no one-size-fits-all model for this: countries need to play to their strengths."

Universities were invited to sign up to U-Multirank in the first half of 2013, with its formal launch taking place in Dublin on 30-31 January under the Irish presidency of the European Union.

U-Multirank will be developed in 2013-2014 and will receive €2 million in EU funding from the Lifelong Learning Programme, with the possibility of a further two years of funding in 2015-2016. The Commission's goal is for an independent organisation to run the ranking thereafter.

The new listing will rank reputation for research, quality of teaching and learning, and international orientation, among other criteria. It will also try to offer practical applications for the job market by including success in knowledge transfer, in partnerships with business and start-ups, and regional engagement. The ranking can therefore be seen as part of the European Commission’s push for work-based learning to prepare young Europeans for the job market.