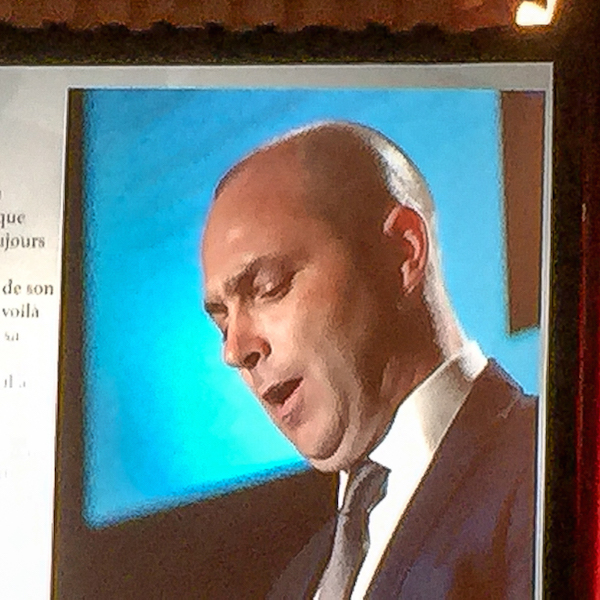 SPECIAL REPORT / Impotence is everywhere. Few literary cultures have been able to capture the feeling of being powerless, in as local a dialect, as Irish fiction writers.

Listening to novelist Donal Ryan read from Spinning Heart at the 2015 European Union Prize for Literature award ceremony, one could not help but think of James Joyce. Not so much in terms of the music of his prose, as its accessibility, in all of his Irishness, to a foreign reader like myself.

I got it, without ever having been to Ireland. The key? Ryan was communicating something about Europe, as well, something so profoundly central to European identity and culture, as much as he was explaining his homeland. The two feel inseparable, albeit indistinguishable from the local in his writing. The subject: being ethically stuck, mired in a form of moral inertia, in a community confronted by a crime that it cannot make heads or tails out of, or take any responsibility for. Sound familiar?

Few motifs scream Europe more than stasis, of being frozen while the rest of the world moves forward, whether it be through technological or economic breakthroughs, or experiments in cultural mores. Particularly when Europeans speak of themselves cultural, in comparison to America, with its willingness to take chances, and its overwhelming cultural diversity. Europe, or so it seems, will always be behind.

But what Spinning Heart is trying to convey goes beyond the issue of speed, in the conventional sense that such comparisons convey. It has an ethical lesson to impart, one which is central to the belief, in countries like the United States, that Europe has enormous difficulty engaging in moral inventory, in judging itself for its failings, and its transgressions, and taking action to rectify them. On the 20th anniversary of the Srebrenica massacre, (at the time of this article’s writing) its impossible to not remember such events, and be reminded of Europe’s inaction at that time.

Spinning Heart captures the tension that links such events, in the context a country that has, like many of its immediate neighbors, sought to recover from the economic crisis of the last seven years, and modernise itself, economically, politically, and culturally. Almost every step forward, or so it seems, is also a step back, in works like these. Ryan’s characters know something else is out there, but they can’t bring themselves to go there. In that sense, they are exemplary Europeans, as much as they are also Irish.

Like all good fiction, it’s impossible to not hypothesize such connections, outside of Spinning Heart’s immediate national context. It is not as though an Irish reading would not hypothesise the same potential connections. It just depends on the amount of time one lingers with a work of fiction like this, and treats it as something more than just adult entertainment, or a national monograph. That’s perhaps the main thing we take away from having to discover novels like Spinning Heart, in a European context, far away from their immediate home turf.

By reading these books as European works first, through events which inevitably contextualise them geographically, such as the annual European Union Prize for Literature, readers inevitably connect to their European value, as much as their Irish significance. That’s perhaps the best thing one can derive from annual awards events, and why they serve such an important cultural function. They may be about highlighting local writing, but they are also about redefining the local. I can’t think of a better way to communicate Europe, writ large.