Literature in the era of populism 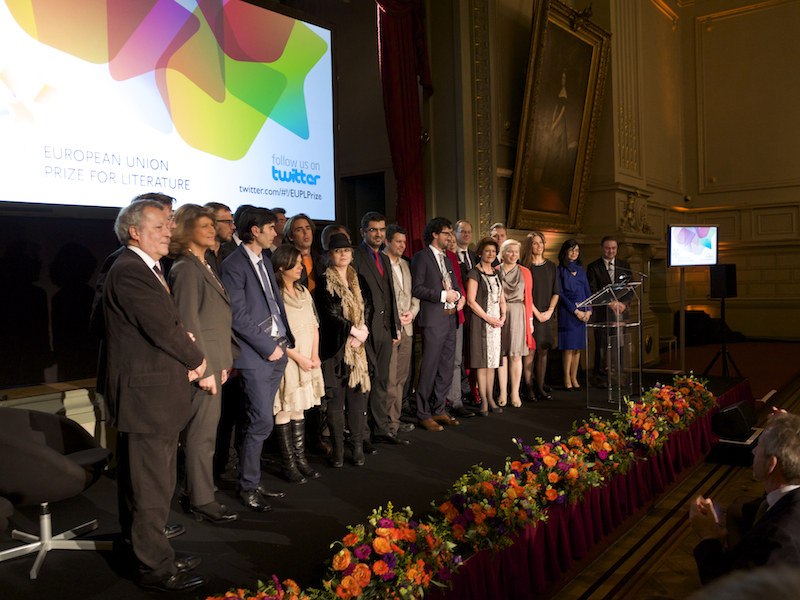 SPECIAL REPORT: The European Union Literature Prize promotes the notions of diversity and tolerance at the core of the European project. Its challenge is to continue to champion those values in the face of resurgent populism.

The 140 Eurosceptics elected to the European Parliament in the 2104 elections are the ideal audience for the winners of this year’s awards.

Though it’s doubtful that Voigt will ever peruse the books honored this year, there’s no arguing that he wouldn’t get something out of them.

The titles communicate the cosmopolitan ideals of the European Union, by fostering a linguistically and culturally diverse idea of community, one that transcends the borders of the states of their authors, through the promotion and translation of European literature.

Intended, in part, to foster intercultural dialogue, the European Union Prize for Literature has a very contemporary political connotation, one which goes to the heart of the European project, experiencing such dramatic pushback in member states like France today, where the extreme right National Front topped a Presidential poll, in September, for the very first time.

The EUPL positions the programme in a distinctly conservative light, despite its obvious relationship to post-WWII debates about diversity.  If its partisanship suggests anything, it’s more about the margins that today’s populists inhabit, than the alleged anachronism that is the EU.

At the very least, the literature prize promotes the idea that conversations can still be had in Europe, even if they only take the form of fiction. Still, that’s something. Thankfully, as EURACTIV France reported last May, the influence of rightist legislators, like Voigt, remains ’marginal’, relative to the larger parties that make up the rest of the European Parliament.

It may be just literature, but its the metaphor that counts. That’s what it means to place a premium on culture. In another time, and another era, whatever may seem out of sync with this zeitgeist will very obviously be a thing of the past.

It also, as importantly, validates the non-political work being done behind the scenes, by Creative Europe, of funding such events, and collaborating with publishers, across Europe, to commission translations.

The idea of a European publishing community may not exactly be a new one, but it has never received such an explicit push, from the European institutions, either.

Supporting the publishing sector this way will only serve to reinforce the notion that literature produced in Europe is as much a European event as it is a national one.