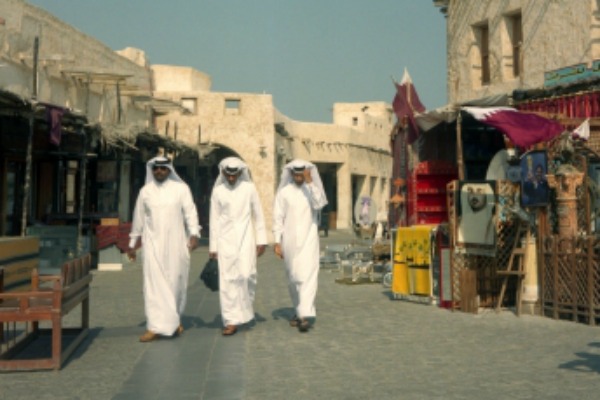 Leaders of French-speaking nations in the Francophonie organisation OIF officially welcomed the Gulf state of Qatar as a new associate member this month, raising eyebrows in some quarters over the club's membership criteria. But OIF officials defended the decision, saying Doha had demonstrated its commitment to the French language.

Qatar's formal admission into the club of French-speaking nations came on 14 October, at the conclusion of a summit held in Kinshasa, the capital city of the Democratic Republic of Congo.

The admission raised eyebrows in some quarters, with the American Jewish Committee (AJC) in the United States saying it was "stunned" by the decision.

"Although only 1% of Qatar's population is French-speaking, the country joined the IOF as a member state without even first becoming an 'observer state', a customary step in the membership process," the AJC said.

Although 20% of Israel's population speaks French, the IOF has long refused to admit the Jewish state as a member, the AJC added, accusing the Francophonie of "double standards".

"The Francophonie's refusal to admit Israel demonstrates the organisation's intolerance as it continues to ignore the existence of a million Israelis using French."

The OIF rejected the accusation, saying it had never received a formal application but would consider it like any other if it received one.

In the wake of the summit decision, speculation was rife that Qatar's admission may have been helped by more pragmatic motives.

France has attracted Qatari investors who have bought the Paris Saint-Germain football club and acquired 3% of energy giant Total as well as stakes in building firm Vinci and media group Lagardere, the AFP news agency reported.

Officials at the Francophonie acknowledged that language was not the sole admission criteria and say the number of French speakers is far higher – some 10% – than what the US Jewish organisation claims.

"The percentage of Francophones is one criterion among others," said Clément Duhaime, the OIF's administrator, stressing that there are nearly 200,000 French speakers in Qatar's 2 million population.

"Yes of course, the economy plays a role, since our goal is to assist countries in their economic and social development," Duhaime told EURACTIV in an interview.

"But there is also culture and education which are important to us," including "the willingness of the country to promote our language and culture," Duhaime added.

The official mentioned a radio station called Oryx, hosted in partnership with Radio France Internationale, which will start broadcasting in the coming months in all Gulf countries.

And Qatar has already taken steps to strengthen French teaching at schools. "Two Franco-Qatari schools have already been opened, a third is under construction and a French cultural centre will soon be opened," Duhaime said. "At the next school year, five public schools will adopt the teaching of French as a foreign language."

The Kinshasa summit also adopted plans for an "integrated policy for the promotion of the French language", to which Qatar is now committed.

The policy defines six priority areas that "require concerted and vigorous action" by member countries, including defending multilingualism in all international organisations and decision-making bodies.

It also stresses the need to adapt international development aid policy to the linguistic needs of the countries receiving assistance.

>> Read full interview with Clément Duhaime (in French only)

The International Organisation of La Francophonie was created in 1970.

OIF organises political activities and actions of multilateral cooperation mainly aimed for the benefit of French-speaking populations across the world.

Its actions respect cultural and linguistic diversity and serve to promote the French language, peace and sustainable development.

After its latest enlargement in October 2012, the organisation now comprises 77 members and 20 observers.

Together, these countries represent over one-third of the United Nations’ member states and account for a population of over 890 million people, including 220 million French speakers.