‘Our Mikis has gone’: ‘Zorba the Greek’ composer Theodorakis dies at 96 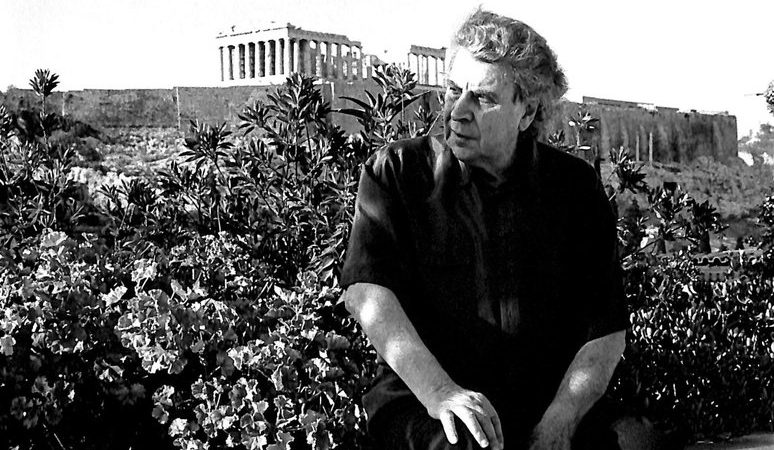 Composer Mikis Theodorakis, whose music crossed international boundaries in his captivating score for the film ““Zorba the Greek”, died on Thursday (2 September), plunging Greece into three days of mourning.

A towering man with a brooding presence and a shock of wavy hair, Theodorakis’s work evoked a progressive, democratic vision of the world, though his political struggles reflected a darker side of Greece rarely seen by visitors.

As news of his death at home in Athens at the age of 96 swept across the country of 11 million, authorities declared three days of mourning and tributes poured in from across the political spectrum.

“Today we lost a part of Greece’s soul. Mikis Theodorakis, Mikis the teacher, the intellectual, the radical, our Mikis has gone,” said Culture Minister Lina Mendoni.

Greece today mourns the loss of Mikis Theodorakis. An iconic composer. A fighter for democracy and social justice. We are deeply saddened by his passing, and are only comforted by the knowledge that his legacy will live on, enriching lives the world over, for generations to come. pic.twitter.com/VbfM2uMXbM

Theodorakis introduced a carefree image of Greece to the world in the 1960s with “Zorba”, the earthy soundtrack to a movie starring Anthony Quinn as the lovable, eponymous rogue who dances barefoot on a Cretan beach.

R.I.P. 🖤🕯 Mikis Theodorakis
😔thank you for the music pic.twitter.com/qsCFIqwaVC

But, at what was a tumultuous time in Greek history, he also came to epitomise the bitter struggles of class resistance with the thumping, passionate intensity of his “Romiosini” (Greekness) cycle of songs that became anthems for the political left.

Praising a man he called the “Universal Greek”, Conservative Prime Minister Kyriakos Mitsotakis, who had known Theodorakis from childhood, said: “We had all forgotten that he was a mere mortal. But his legacy of music, his political activism and his service to the nation in times of crisis lives on.”

It also released a letter Theodorakis penned to the party last year in which he stated: “I want to leave this world as a Communist.”

Born on the Greek island of Chios on 29 July 1925, Theodorakis was repeatedly jailed for his beliefs.

He was arrested in 1947, accused of being a sympathiser with guerrilla forces in the civil war that broke out soon after World War Two between right-wing royalists and left-wing popular forces.

Sent to a notorious camp on the island of Makronisos in 1948, he was beaten and tortured, had his legs broken and on one occasion was buried alive and left for dead. He was released in August 1949.

Theodorakis entered politics in 1963 after his friend Grigoris Lambrakis, a left-wing lawmaker, was murdered during a peace demonstration. The Costa Gavras film “”Z”, scored by Theodorakis, was based on the killing.

The letter 'Z' which means "He is alive" in ancient Greek! pic.twitter.com/XWL0P7pfZP

He was elected to Lambrakis’s seat in February 1964. When a military junta seized power in April 1967, he went underground, working against the coup until his arrest and imprisonment later that year.

He remained in jail – where he was again tortured – until international pressure helped secure his release in April 1970.

He served as a deputy for the newly legalised Communist Party from 1981 until 1986, but began to have doubts about the left and abandoned politics.

He returned to parliament in 1989, but this time for the conservatives, run by Constantine Mitsotakis, father of the current prime minister.

In his latter years, he remained the political activist, railing against harsh reforms imposed on Greece for financial bailouts from 2010 to 2015.

“”I’m not a communist or social democrat or anything else. I’m a free man,” he told Reuters in an interview during the 1990s.