All of Pope Francis’ Easter services next month will be held without the faithful attending due to the coronavirus outbreak, Vatican said on Sunday, in a step believed to be unprecedented in modern times.

The services, four days of major events from Holy Thursday to Easter Sunday, usually draw tens of thousands of people to sites in Rome and in the Vatican.

A note on the website of the Prefecture of the Pontifical Household also said that until Easter Sunday on April 12, the pope’s general audiences and Sunday blessings will continue to be seen over the internet and television without public participation.

In contrast, the Orthodox Church plans no changes to its rituals. In Bulgaria, the bishop of Melnik Gerasim said on national television on Saturday that the Sacrament – Eucharistia – cannot transmit the virus, because it something “not from this world”. “There have been no such cases in thousands of years”, he said.

Similarly, the Greek Orthodox Church believes that attending Eucharist and Communion through the common cup of life certainly cannot be a cause of disease transmission. 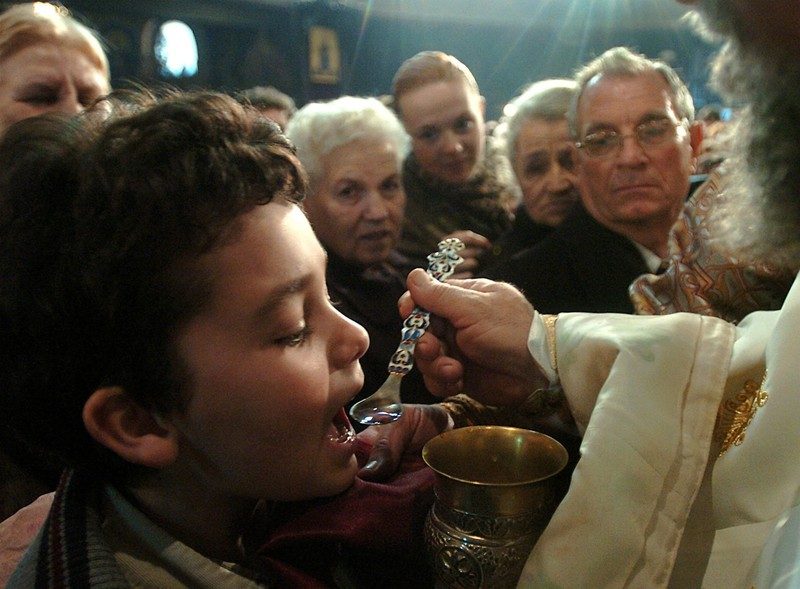 In Orthodox liturgy, worshipers not only take the holy communion but also partake of the consecrated wine during the mass, usually from one common spoon, something the Roman Catholic Church has abandoned.

The stance of the Greek Church has triggered strong reactions, as critics, including former leftist Prime Minister Alexis Tsipras, suggest that it is ignoring science and advice of health experts.

Catholic Easter Sunday is on 12 April. In Bulgaria and in Greece it is one week later – 19 April.