Riga and Umeå become this year’s capitals of culture 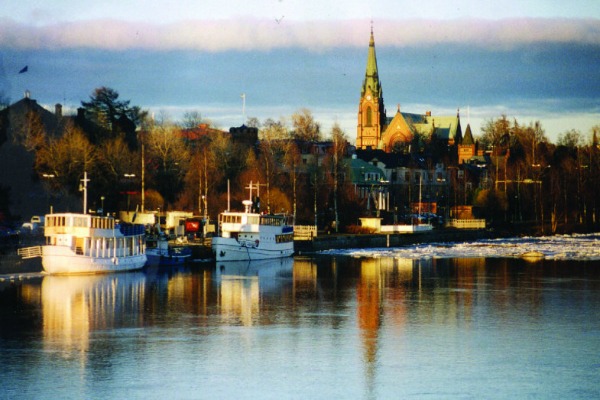 Latvia's capital Riga and Umeå in Northern Sweden have been chosen as European Capitals of Culture for 2014.

The 'European Capital of Culture' is considered as one of the most successful and high-profile cultural initiatives of the EU (see background). Every year cities are selected by an independent panel on the basis of a cultural programme. The programme must have a strong European dimension, engage local people of all ages, and contribute to the long-term development of the city.

"The European Capital of Culture has been a fantastic success story for almost 30 years," said Androulla Vassiliou, Commissioner for Education, Culture, Multilingualism and Youth.

She added that the title offered "a unique opportunity" to make the most of a city's cultural assets and boost its long-term development, with important benefits for tourism and job creation.

The opening of festivities in Riga will include special events at museums, cafes and other venues, as well as exhibitions on Baltic amber and on the impact of the First World War on culture.

Vassiliou and EU Development Commissioner Andris Piebalgs will participate in various events such as the launch of 'Taste and Feel 2014!' which will offer the public a taste of the year's cultural programme.

The launch of Umeå 2014 will take place over the weekend of 31 January to 2 February with the opening 'Burning Snow' ceremony on Saturday as a high point.

The main events will be held on and around the Umeälven River, with a choreographed festival of light, music, song and movement.

"This is the moment that Riga and Umeå have been preparing – and waiting for – since their selection as the European Capitals of Culture. The opening events will mark the beginning of what will be a tremendous year of cultural activities, aimed not only at people from the city and surrounding region, but also at those coming from much further afield," Vassiliou said.

The title "European Capital of Culture" usually has a long-term impact for a city, not only on culture, but also in social and economic terms, both for the city and for the surrounding region.

A study has shown that the number of tourists increases by 12% on average compared with the year before the city held the title.

Following Umeå and Riga in 2014, the future European Capitals of Culture will be Plze? (Czech Republic) and Mons (Belgium) in 2015, Donostia-San Sebastián (Spain) and Wroc?aw (Poland) in 2016, Páfos (Cyprus) and Århus (Denmark) in 2017, and Valletta (Malta) and Leeuwarden (Netherlands) in 2018.