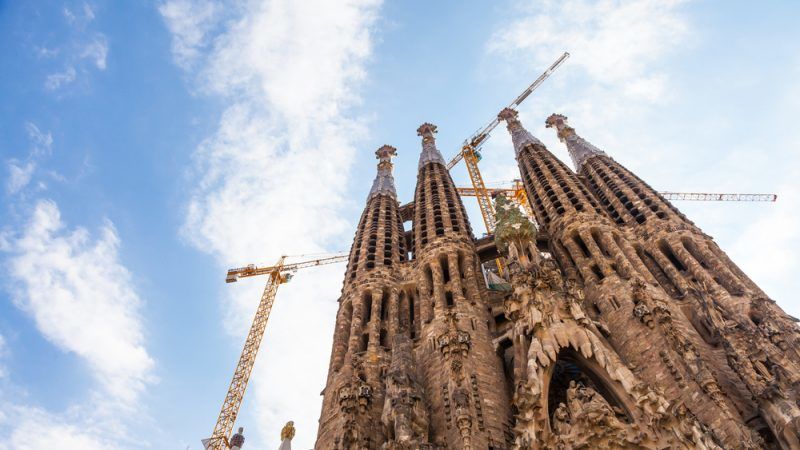 The construction of La Sagrada Familia has been ongoing for 130 years, without the right permits. [Paolo Gallo / Shutterstock]

La Sagrada Familia, Barcelona’s most recognisable landmark and the best example of unfinished architecture in Europe, has agreed to pay a hefty fine after operating without a building permit for well over a century.

The cathedral, designed by famous Catalan architect Antonio Gaudí, has been a building site since the late 1800s but still manages to attract more than three million tourists every year, as well as millions more to the city itself.

But the cathedral’s loyal builders have been erecting the monumental structure on land that, technically, they had no right to use. Its trustees have been locked in talks with the city council about the outstanding permissions.

On Thursday (18 October), the council announced on social media that a deal had been struck and that a €36 million fine would be used to revamp public services and transport around the cathedral, as well as keeping the local neighbourhood clean.

“The Sagrada Familia is an icon and the most visited monument in our city,” the Barcelona mayor, Ada Colau, said in a tweet.

“After two years of dialogue, we have made an agreement that will guarantee the payment of the licence, secure access to the monument and facilitate local life with improvements to public transport and redevelopment of the nearby streets.”

A decade ago, there were concerns that the construction of a high-speed train tunnel underneath the site would cause damage to the cathedral but no problems have been reported since its 2010 opening.

The building works are not funded by public money and during the early years of construction, it was purely supported by private donations.

Now, hefty entrance fees ranging from €22 to €35 are used to keep the works going and are supplemented by private donations.