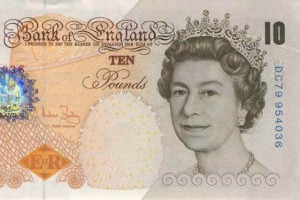 Scotland would not be able to use the pound as its currency if it voted to break from the United Kingdom later this year, the British minister for Scotland said yesterday (6 February), issuing the government's strongest warning on the subject yet.

As Scots prepare to vote on whether to stay in the UK on 18 September, Scottish nationalists are basing their post-independence economic plans on a currency union with Britain.

But the British government, which wants the Scottish public to vote against independence, has already said such a plan would be nearly unworkable.

"The only way for Scotland to be sure of keeping the UK pound as it is now is to stay in the United Kingdom … No one should vote for an independent Scotland on the basis that they will get to keep the UK pound sterling," he added.

Opinion polls show that around 42% of Scots plan to vote against independence and 29% in favour.

The British government says Scotland and the rest of Britain are better off together, while Scottish nationalists wants to end what they say are decades of economic mismanagement by London.

Much of the political debate over the referendum has so far focused on finance and currency-sharing arrangements.

Scottish nationalists say they could keep using the pound by ceding control of monetary policy to the Bank of England and agreeing broad fiscal guidelines. They believe both sides would benefit from a currency union.

"Scotland is the UK's second largest trading market. It would be absurd for Westminster (the British parliament) to stand in the way of protecting the benefits this brings to businesses and consumers in the rest of the UK," said Stewart Hosie, the Scottish National Party's treasury spokesman.

But Carmichael was one of several lawmakers who spoke in a debate on the future of Scotland to say that any currency-sharing arrangement would be unworkable.

Andrew Tyrie, head of an influential parliamentary committee that scrutinises financial policy, said any monetary union would need to be accompanied by a common fiscal policy to prevent a repeat of problems seen in the euro zone.

The euro zone currency bloc has undergone four years of political and financial turmoil after doubts about the ability of weaker states to repay their debts led to big losses for banks and meant several countries needed to be bailed out.

"A British monetary union would need something dramatically tougher than euro zone rules," Tyrie said. "So tough that on both sides of the border, if fully explained, I'm confident our respective electorates would not want it."

Tyrie said he doubted that Scots, if they did vote for independence, would relish the prospect of a British government picking over Scottish spending plans.

But in the absence of such a joint fiscal policy, British voters would resent bailing out Scottish banks if investors lost faith in Scotland's ability to balance its books, he said.

Tyrie urged both sides to rule out a currency union well in advance of the referendum, to allow Scots to make a fair choice.

"Not to do so, it seems to me, would be to deceive our respective electorates that there is some third way, some relatively painless option, enabling the Scots to imagine that they are fully in control of their own affairs and the rest of the UK to avoid large contingent obligations," he said.

41 responses to “UK says independent Scotland would lose the pound”