Media freedom and plurality is struggling in Eastern Europe 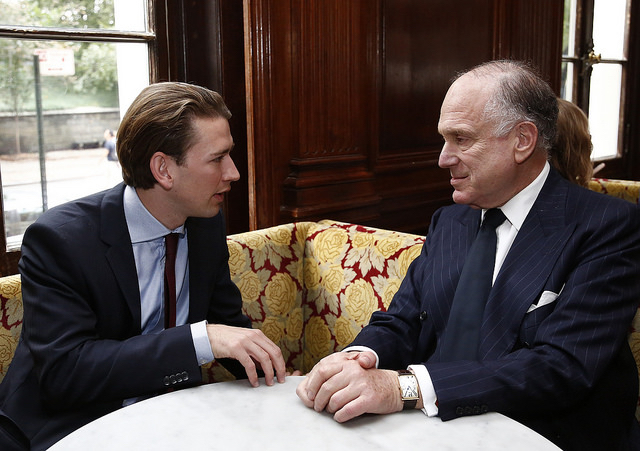 The European Union must do more to tackle endemic corruption and the lack of media pluralism in Central and Eastern Europe, writes Juan Garcia.

Juan Garcia writes for the Centre for Media Transparency.

An open and free media landscape with divergent opinions and ideas is a hallmark of a well-functioning democratic society. A broad range of views and opinions in the media allows the electorate to make informed decisions at the ballot box and holds the ruling elite accountable to the broader public. It is one of several fundamental pillars that distinguish the European Union from other systems of government. It is a luxury that many in Europe take for granted.

The events in Paris on Friday evening (13 November) emphasise the gulf that exists between European nations and other states.

As the French president has made clear, the horrendous attacks France witnessed were not acts of revenge, but instead a fundamental clash of ideologies. An attack on European values and a way of life.

Unfortunately, there are troubling signs that those core European values may not be as strong among all of the EU’s member states.

Over a quarter of a century since the collapse of the Soviet Union, the scars of Central and Eastern Europe’s post-Communist legacy are still clear to see.

Lacking the institutional infrastructure and regulatory oversight, the collapse of Communism in the USSR created a void across the former Soviet bloc. This void offered fertile ground for wealthy individuals and institutions to exploit the absence of effective regulatory oversight and plunder the countries’ resources.

This rise of the oligarchs in Russia itself is well documented. Less well known, however, is the similar exploitation that took place in Central and Eastern Europe and other former Soviet states, such as Romania and Bulgaria.

The lure of European Union membership and the introduction of reforms to ensure effective free-market oversight have done much to mitigate the rise and influence of oligarchs in Eastern Europe, but the media, unlike other sectors, has survived relatively unscathed from the reform agenda. The absence of effective media pluralism is still indicative across a number of Central & Eastern European countries.

In 2013, the European Parliament earmarked a budget for a pilot programme to assess the risks to media pluralism in various member states.

Responsibility for carrying out the Media Pluralism Monitor (MPM) was subsequently awarded to the Centre for Media Pluralism and Media Freedom (CMPF), which selected Belgium, Bulgaria, Denmark, Estonia, France, Greece, Hungary, Italy and the UK as test cases for the pilot study.

The study explored a range of different aspects of the media, including the pluralism of media ownership and control and the level of political interference in the media market.

When assessing regulatory safeguards for fair, balanced and impartial political reporting in television broadcast media, Bulgaria and Hungary were both deemed to be “high-risk”.

When examining regulatory safeguards against high concentration of ownership or control in the media, Hungary was the only country to be deemed to be “high-risk”.

Most concerning was the study’s assessment of editorial independence, where both Hungary and Italy were deemed to be at high risk of editorial interference.

A separate study by the Centre for Media Transparency (CMT), titled The men who bit the (watch) dogs, looks specifically at media ownership in Romania.

More detailed than the CMPF study, the CMT report explores some of the key individuals involved in shaping Romania’s media industry in the wake of the country’s independence from Russia.

Ronald Lauder, former US ambassador to Austria and son of the cosmetics tycoon Estée Lauder, is particularly notable. Quick to identify the significant opportunities presented by the nascent media industry in Eastern Europe, in 1994 Lauder founded the Central Media Enterprise (CME). By 1997, the news and entertainment company owned TV stations in Slovenia, Romania, Slovakia and Ukraine.

Both Lauder and Sârbu have subsequently become subject to intense criticism. Likened to Eastern Europe’s answer to Rupert Murdoch, in Ukraine, Lauder was associated with nefarious local business partners whom the FBI and European law enforcement agencies suspected of having ties to Russian organised crime. These connections culminated in the magnate facing a lawsuit seeking $750 million in damages filed by rival broadcaster Perekhid Media Enterprises Ltd.

Then, in February 2014, Sârbu was charged with tax evasion, money laundering and embezzlement.

Mired in scandal, Lauder resigned from the CME board in March 2014, while Sârbu sold his stake in the company later the same year. Pro TV was subsequently bought by Time Warner.

In February, Sârbu was detained for 30 days after being charged with tax evasion, money laundering and embezzlement. He has since been released while awaiting trial.

Sârbu’s arrest has elevated him to the esteemed ranks of Romania’s other leading media Tycoons: Dan Voiculescu, Sorin Ovidiu Vântu and Dinu Patriciu, all of whom are currently under criminal investigation.

Unfortunately, the story of the Romanian media industry’s development is not unique to Central and Eastern Europe. Instead, it is indicative of a broader trend of both domestic and foreign capital exploiting the regulatory and institutional vacuum left by the collapse of the Soviet Union.

Alarmingly though, the European Union appears to only now be waking up to the implications this threat poses to the stability of the democratic process in these countries.

Despite the majority of the former Eastern Bloc joining the EU in 2004 (with Romania and Bulgaria joining three years later), it wasn’t until 2013 that the EU began allocating funding for the establishment of the Media Pluralism Monitor, which has yet to fully document and assess the degree of media plurality in the majority of former Eastern bloc members.

A free press is a core component to the effective functioning of any democratic country. If the EU is to continue to act as an institution committed to promoting democracy and freedom of expression throughout its member states and beyond then it must be more rigorous in assessing threats and challenges to these core values.

François Hollande has declared that France is at war. He is wrong – Europe is at war. It is a war of ideologies and core European values. Europe must be unrelenting in fighting this war to retain its values, both at home and abroad.