Professor: Europe can’t put a wall around the Middle East 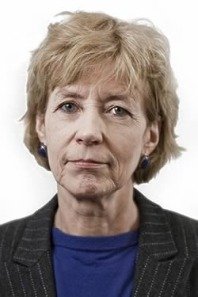 Events in Egypt have brought the world to a turning point, according to Rosemary Hollis, a professor at London's City University, and Europe can't have it both ways. If the EU wants Arabian trade and energy, she told EURACTIV, it will have to end its complicity with dictators and accept more migrants from the Middle East.

Rosemary Hollis is a former director of research at the Royal Institute for International Affairs. She is currently professor of Middle East Policy Studies at City University, London and director of the Olive Tree Scholarship Foundation.

She was speaking to EURACTIV's Arthur Neslen.

How serious a threat does the revolt in Egypt pose to the EU's energy supplies which pass through the Suez Canal? Is a total shutdown of the canal possible?

A shutdown is not something in the power of non-military forces to achieve. The specialists who are responsible would have to go on strike and I'm not clear what it is that they would hope to achieve by a strike. If they thought that the only thing keeping Mubarak in power was the US and they thought they could hurt US interests and grab the world's attention by doing something like that, to make a point, okay.

But this is not the tenor of the demonstrations. Almost all the elements are trying to keep it as an internal affair.

What if the protests end in democracy and free elections?

It will take months before there's another election, and we will have lots of signals as to what that election will mean between now and then. I'm fond of three scenarios. The first is that there is a real possibility that Mubarak sees a chance to manipulate the situation in his favour.

The troika that at the moment are in charge of managing change are all of the same ilk as Mubarak and his circle – we're talking about Suleiman, the vice-president, Shafik, the prime minister, and Tantawi, the defence minister.

I'm quite sure that Mubarak is incapable of changing fundamentally. He just can't. So he will instinctively reinforce his own perception of what's right and proper and that without him, chaos will reign and he's not been a bad man – he's actually been a national hero – and you're hearing a lot of Egyptian voices echoing that this week.

So there is a possibility that he thinks he can survive the crisis without even shame and the troika will caretake the government through first parliamentary, and then presidential elections; a Mubarak bounce-back without complete return.

The second scenario is that the Americans and the Europeans genuinely press on Mubarak behind the scenes – not that he has to go either immediately or by a certain date – but that he and they need more change than in the first scenario.

This is the Western-friendly, managed change scenario. Again, the test of that is that the troika is not considered change enough. Mubarak can't manipulate the situation. He has got to retire from the scene even if he doesn't leave the country. In order for that to come about, it's not only the Westerners who will be pressuring behind the scenes but the demonstrators will still be in Tahrir Square and Western media attention will continue to be on them in a way that supports their cause.

The third scenario is an economic crisis that becomes so serious that it overtakes the demonstrations for change.

Now in scenario one, you're not going to get a closure of the Suez Canal. In scenario two, you won't either unless the process of reform, however carefully balanced between change and stability, delivers a sufficiently open electoral system in the future that not only the Muslim Brotherhood but others who resent the kind of control of Egypt that there's been over the years – in Western energy and security interests, in Israel's interests – surface with a completely different agenda for Egypt that is not anti-trade or anti-commerce, won't change the Canal, but will frighten the wits out of certain companies and certainly the Israelis.

How about a fourth scenario, which is: the demonstrations spread. People start to think 'this democracy is a jolly good idea and the way to get it is to go out on the streets', and we start to see this sort of thing in Riyadh or Dubai.

I definitely think that Saudi Arabia is the one to watch. My third scenario was chaos, but that is not because of people going out on the streets in larger numbers for change. It is because ordinary Egyptians are hurting so bad because the economy – such as it was – is going down the tube, and you just have mayhem and it is not in favour of democracy.

It is the mob let loose basically, and they can be pretty conservative in their interests. I suppose it's conceivable that that is the position that the Muslim Brothers… it is a radicalisation scenario not as a result of reforms, but of chaos. That is probably the default scenario in Saudi Arabia if the regime is really shaken there. The alternative is more radical than the regime in religious terms and that means far less cooperation with the Americans.

So what are the chances that there could be a spread of calls for democracy in the Gulf, Libya and oil-sensitive regions for Europe?

Definitely we're at a turning point here. I'm one of the people who had been saying that this stability that was enjoyed during the 1990s had to be enforced. To prevent change you have to use force, that's what's been happening for two decades. The suppression of popular clamour for change in the 1990s, the suppression of terrorist organisations, led to repercussions which included 9/11.

I think the elephant in the room which Westerners have not really wanted to look at for the last 15 years is that they don't actually believe in their own recipes for the problems that face the Middle East because of the level of population growth, the youth bulge, the miserable level of education, at the popular level the lack of jobs, the inequitable distribution of resources, the corruption, if you had genuine democracy in these circumstances, the overturning of the inequity couldn't stop at the Middle East.

The [protesters] know that they wouldn't know how to run Egypt in such a way that all 80 million Egyptians had the same chances as the population of a European economy. This American Dream that anyone can be like us if they just work hard is now revealed as rubbish. The system has been arranged to privilege some at the expense of the many and now we know that there isn't enough for everybody to consume at the level which has been considered prosperity any more.

So they'll get their freedom just as the resources run out, just as the possibility of feeding everybody reaches crisis point, and in political terms what happens then is: if I can't have the same as you, I'll have it instead of you.

And when you say this won't stop at the borders of the Middle East, what are you thinking of specifically?

Ever since the mid-1990s with the launch of the EUROMED partnership programme, the idea has been that if you fling money at North Africa from Europe, you'll stop migration. If you stimulate economic growth in North Africa, you'll create jobs there and people won't want to move north.

The formula was flawed at the start because it was based on our needs – three of the four pillars of the European economic model – including the free movement of labour and actually, in terms of the free movement of goods, that was with restrictions on agricultural produce.

So the EU was selling an experiment that logically they should have known wouldn't work and in the meantime, the pressure of migrants going North increased. There was more cooperation with the regimes – right until today – to stem the flow of migrants.

The whole issue of terrorism and Islamophobia and Islamic extremism in Europe is a spill-over effect from this north-south relationship around the Mediterranean. I think that in the British case, it's slightly different because of the South Asian connection, but it has to do with the legacy of the post-colonial period.

Do you think the EU has a Plan B in case the anger and resentment at the grassroots reaches a governmental level?

I think the Europeans are terribly complacent. In the mid-1990s, Europe seemed a power in waiting with lots of initiatives for the Gulf, North Africa, the Arab-Israeli sector, Iran. By contrast, now there’s this sense that firstly, they have an internal crisis which is absorbing them, and is about facing the European enterprise. Secondly, because it is now a union of 27, they have a dysfunctional decision-making process period, and then and only then a sense of powerlessness when it comes to foreign policy.

Many of them opposed the invasion of Iraq, much good it did them. It is beyond their power to solve by themselves the Israeli-Palestinian problem, and on the EUROMED side, they've got neither reform nor security. So they're sort of a spent force. So to have a Plan B would mean not being in denial about all this.

Do you think there is a new sense in the Arab world that it is time for people to have control of their natural resources and to use them in the interests of their own people?

Well that's always been there at the popular level. I sometimes get students to write about what happened to the Arab Oil Weapon. It failed is the answer. The pain for them was too great before it had achieved any effect and subsequently, quite a considerable effort was made to remove the vulnerability to that kind of thing. I don't know about an oil weapon again.

I don't think rescuing the Palestinians is in any sense the top priority for these people. Survival is the top priority. Mubarak and his cronies let the standard of living and quality of life of the vast majority of Egyptians including the middle class get so bad that that was one of the major factors in this eruption.

Do you see any way in which the democratisation of the Middle East/North Africa region could change the current energy picture in terms of the smart grids envisaged by the EU to bringing Arabian solar power to European plug sockets?

In political economy terms, it seems to me that the argument has been won for those who say that liberal capitalism and liberalisation overnight is not good for developing economies. You have to have some controls and protect your indigenous industries, and you need a level of central control to do that.

I could see a national uprising in favour of that level of national control to make sure that the benefits go back to the people as much as possible. That doesn't rule out business with foreigners. It does present a positive scenario for alternative energy generation in the Arab countries and higher prices for oil also give an incentive in the north.

So I don't think its all doom and gloom from that point of view. In fact it could be win-win in that sense. Maybe we would end up saying what was sick was this complicity, this pact between dictators and Western consumers.