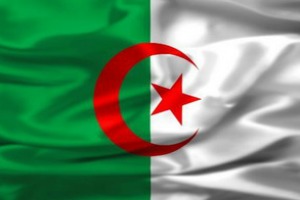 The EU executive said the memorandum of understanding would set up a framework for the EU and Algeria to work together on gas and oil. He called energy “a priority area” of the Euro-Mediterranean partnership (see background).

“In this context, Algeria is a key partner for the EU, both at the bilateral and regional levels. Natural gas is a strategic issue for both parties: Algeria is a major supplier to Europe, while Europe is by far the largest customer of Algeria,” Barroso said in a statement.

The EU is keen to diversify its energy supplies. It already imports natural gas from Algeria.

However, efforts to tap Algeria’s solar energy potential appear to have faltered.

The EU is Algeria’s top trading partner. In 2012 the exchanges were estimated at €50 billion, more than half of the global trade in Algeria, which exceeded €94 billion, Algerian government figures show.

Heads of state from 43 countries, the 27 EU members and the 16 Mediterranean partners from North Africa, the Middle East and the Balkans, launched the ‘Union for the Mediterranean’ (UfM) on 13 July 2008.

France had nourished hopes that UfM would provide new impetus to regional cooperation by agreeing a set of priority development projects "that create de facto solidarity" between participating nations.