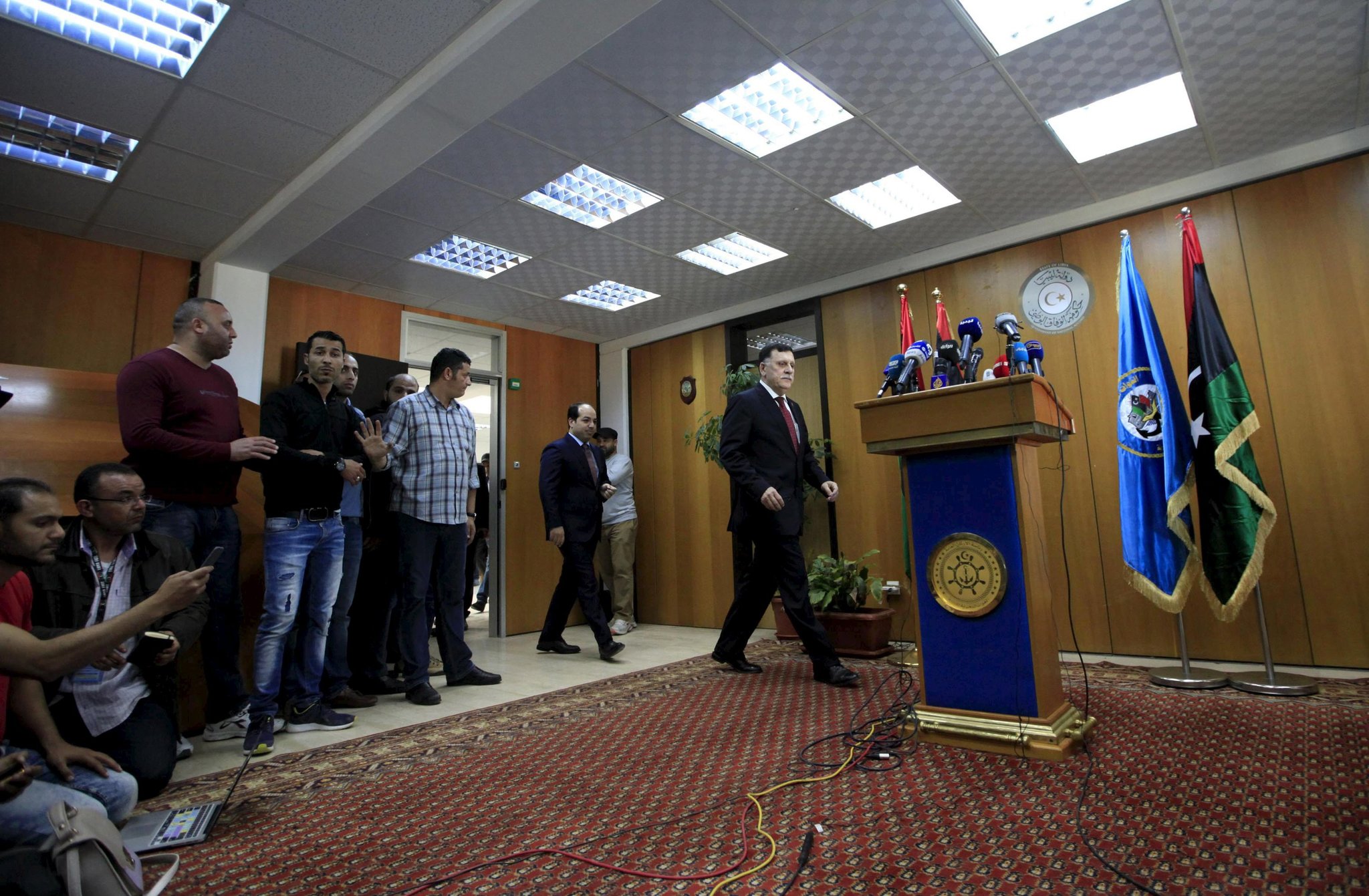 Fayez Sarraj said on 30 March in Tripoli that he would broker a cease-fire among Libya’s myriad factions and confront ISIS. [Reuters]

Gunmen stormed the headquarters of a Libyan television station late yesterday (30 March), as the authorities in control of Tripoli demanded the departure of the newly-arrived prime minister-designate in a blow to hopes for a peaceful power handover.

Armed men burst into the headquarters of satellite TV station Al-Nabaa in central Tripoli, cut its transmissions and forced out its staff, according to two journalists from the channel.

The channel is close to the unrecognised authorities in control of Tripoli. One Al-Nabaa journalist said the gunmen appeared to be supporters of the UN-backed unity government, whose head Fayez al-Sarraj arrived in the capital yesterday to the fury of the rival authorities.

“A group of armed men, some of them in fatigues and some in civilian clothing, stormed our offices and gathered the employees in one room,” an Al-Nabaa staff member told AFP. A colleague said broadcasting had been suspended, adding that no one had been hurt.

Sarraj, a businessman named prime minister-designate under a UN-brokered power-sharing deal in December, had arrived by sea earlier yesterday with a naval escort along with several members of his cabinet. 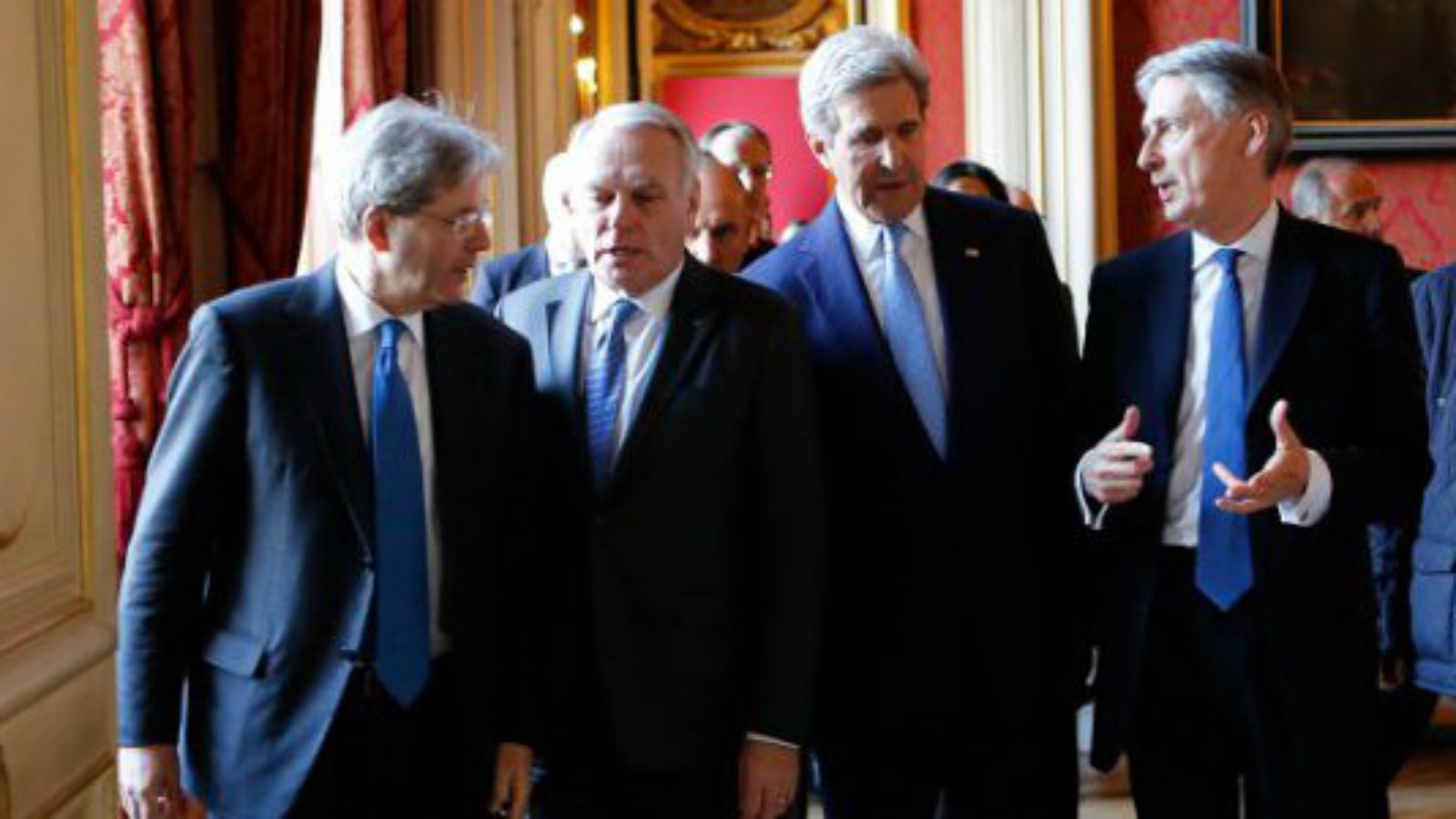 The United States and its European allies yesterday (13 March) called on Libya’s new unity government to swiftly move to Tripoli and take up power, threatening sanctions against those who undermine the political process.

But in a sign of the formidable challenge facing his government, Tripoli’s unrecognised authorities demanded that he leave the capital or “hand himself in”.

“Those who entered illegally and secretly must surrender or turn back,” the head of the Tripoli authorities Khalifa Ghweil said in a televised address. “We won’t leave Tripoli as long as we are not sure of the fate of our homeland.”

Tripoli’s government had declared a state of emergency ahead of Sarraj’s anticipated arrival, and several main highways were blocked late Wednesday by armed groups – some uniformed and others in civilian clothes – who arrived aboard military vehicles, an AFP reporter said.

Afriqiyah Airlines and Libyan Airlines announced on their Facebook pages that they had cancelled flights to Tripoli over “security concerns”.

Residents hurried home as cracks of gunfire could be heard around the capital.

Libya has had two rival administrations since mid-2014 when a militia alliance overran the capital, setting up its own authority and forcing the internationally recognised parliament to flee to the country’s remote east.

International leaders, increasingly alarmed by the rise of jihadists and people-smugglers in the impoverished North African state, have urged Libya’s political rivals to support the unity government.

But so far the two administrations have refused to cede power.

Sarraj said he would make “reconciliation and the settlement of security and economic crises” his top priority.

The United States led a chorus of Western welcome for Sarraj’s arrival, with Secretary of State John Kerry saying the unity government “can now begin the crucial work of addressing the full range of Libya’s political, security, economic, and humanitarian challenges”.

The European Union’s foreign affairs chief Federica Mogherini said Sarraj’s arrival was “a unique opportunity for Libyans of all factions to reunite”.

She added that the 28-nation bloc stood ready to support Libya and had already prepared an aid package worth €100 million.

Sarraj and his cabinet had previously been blocked from entering Tripoli by the authorities there, who even closed the airspace several times to prevent them flying in.

Tripoli residents reacted on social media to Farraj’s arrival with a mixture of hope and sarcasm.

The unity government announced this month that it would start work on the back of a petition signed by a narrow majority of Libya’s elected lawmakers.

The United States and its European allies have threatened sanctions against those who undermine the political process.

Libya has descended into chaos since the 2011 ouster of longtime dictator Moammar Gaddafi, raising fears the Islamic State group is establishing a new stronghold just across the Mediterranean.

IS has seized control of Gaddafi’s coastal hometown of Sirte and launched a wave of attacks, both against rival Libyan forces and across the border in Tunisia.

Western countries are considering military action against the jihadists in Libya but want a unity government to request help first.

Libya has long been a stepping stone for migrants seeking to cross the Mediterranean to Europe, which lies just 300 kilometres (185 miles) away, and in recent years traffickers have exploited the country’s instability.

Libyan coastguards rescued 152 Europe-bound migrants from two vessels in trouble early on Wednesday, according to a spokesman for the Tripoli navy.