Mogherini says Russian intervention in Syria neither positive nor negative 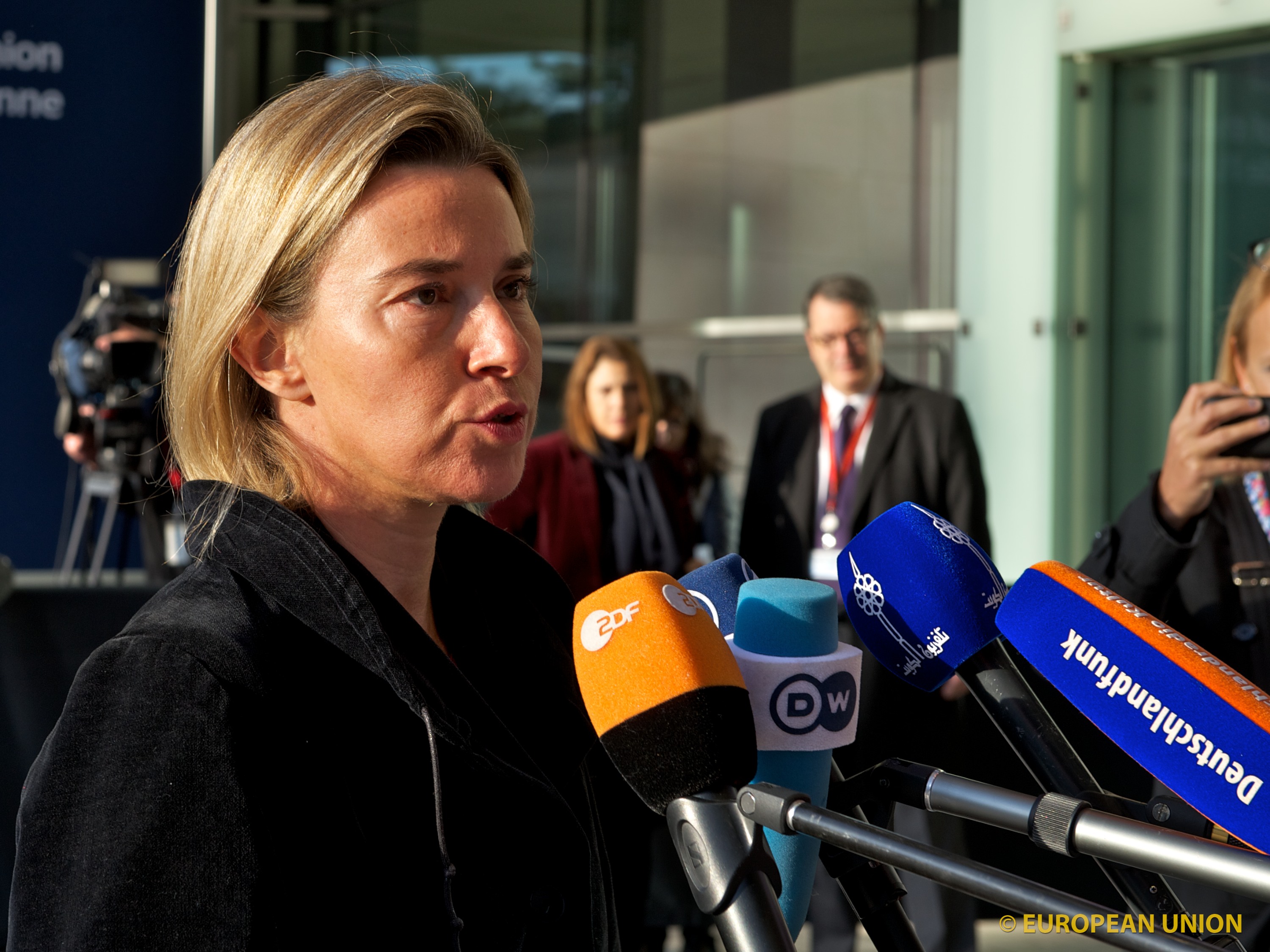 “The recent Russian military attacks that go beyond Daesh (and other UN-designated terrorist groups, as well as on the moderate opposition, are of deep concern, and must cease immediately”, the ministers sated. Daesh is a term designating Islamic State (ISIS) first taken by the French government, and subsequently by the EU institutions.

“This military escalation risks prolonging the conflict, undermining a political process, aggravating the humanitarian situation and increasing radicalization. Our aim should be to de-escalate the conflict. The EU calls on Russia to focus its efforts on the common objective of achieving a political solution to the conflict. In this context, it urges Russia to push for a reduction of violence and implementation of confidence-building measures by the Syrian Regime along the provisions of UNSC Resolution 2139,” the foreign ministers state.

The statement also reiterated the need for a political transition in Syria to end the conflict that began with anti-government protests in March 2011.

“There cannot be a lasting peace in Syria under the present leadership,” the ministers said.

For her part, Mogherini refrained from qualifying the Russian intervention as bad or good. Speaking about the hot issue ahead of the ministerial meeting, she said:

“I guess it is much more complicated than just saying “positive” or “negative”. It is for sure a game changer.”

But she added that “interventions against Daesh have to be clearly against Daesh and other terrorist groups, as defined by the UN”.

On the ground in Syria, the army command said regime forces had captured the village of Kafr Nabuda in central Hama province, extending their advance in the region around the strategic Damascus-Aleppo highway.

Regime forces have been pushing an offensive on either side of the highway towards the town of Khan Sheikhun, just over the provincial border in Idlib province.

The Syrian Observatory for Human Rights monitor said clashes were ongoing in Kafr Nabuda, adding that Russian warplanes had carried out at least 20 strikes in and around the village.

“The clashes are the fiercest since the Russian air campaign began on 30 September,” Observatory chief Rami Abdel Rahman said.

Many of Russia’s air strikes so far have been focused on the area where Hama, Idlib and Latakia provinces meet.

Latakia province on the Mediterranean coast is a stronghold of the regime and the location of Assad’s ancestral village.

In recent months, the alliance has sought to expand from Idlib into Hama and the strategic Sahl al-Ghab plain between the three provinces in a bid to target Latakia.

Abdel Rahman said that the rebels were sending reinforcements to Kafr Nabuda to battle the regime, which was also shelling other parts of Hama and Latakia provinces.

Aleppo city is divided between rebel control in the east and government control in the west, but the situation is largely reversed in the countryside surrounding the city.

A military source said the advance by regime forces would help protect territory it holds in the area, including the Sheikh Najjar industrial area to the city’s northeast.

Moscow said on Monday that its air force had hit 53 targets in Syria in the past 24 hours, in Hama, Homs, Latakia and Idlib provinces.

Russia’s air strikes in Syria began on 30 September, with Moscow saying it was targeting ISIS and other “terrorists”.

But rebels and their backers accuse Moscow of focusing on moderate and Islamist opposition fighters, rather than jihadists.

More than 240,000 people have been killed in Syria’s conflict, and upwards of four million Syrians have become refugees.

The war has fractured the country and attracted thousands of foreign fighters to the ranks of jihadist groups such as IS, which controls large swathes of territory in Syria and neighbouring Iraq.

In Baghdad, security services said on Monday that they were checking reports that ISIS chief Abu Bakr al-Baghdadi had been wounded in a strike on his convoy.

Iraq’s security forces said in a statement Sunday that Iraqi warplanes had struck Baghdadi’s convoy as it was heading to an ISIS leadership meeting in Karabla.