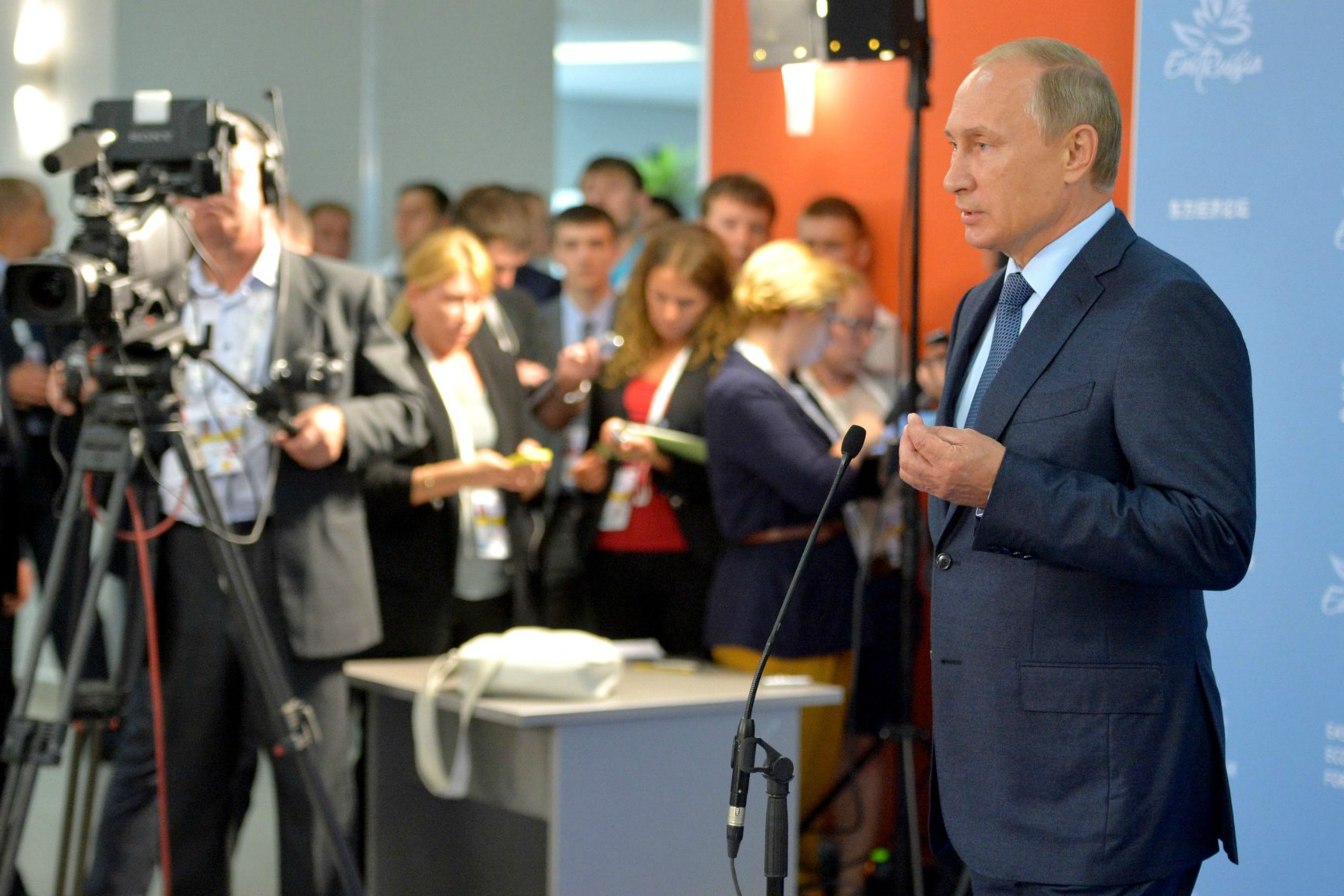 Putin in Vladivostok. [The Kremlin]

Russian President Vladimir Putin said on Friday (4 September) that the European countries who are backing the US policy to export democracy in their neighbourhood have engineered the current migrant exodus that is submerging the EU.

“I think this is a completely expected crisis. We in Russia say, and I have said it myself, that there will be large scale problems if our so-called Western partners pursue such an erroneous policy, especially foreign policy, in the regions of the Muslim world in the Middle East and North Africa. They continue to engage in such a policy,” Putin said, as quoted by the Russian press.

He was speaking to journalists in Vladivostok, on the sidelines of the first edition of the Moscow-hosted Eastern Economic Forum.

“What kind of policy is it? It is about imposing their own standards, without taking into account the historical, religious, national, cultural features of these regions. This is primarily a policy of our American partners,” Putin added.

The Russian leader said he was surprised that the US media criticised Europe for its cruel treatment of migrants when the US was the main cause of the problem.

He stressed that the United States did not experience migration pressure from the destabilised regions, while Europe, which he said “blindly followed US instructions”, suffered very heavily.

Putin also called for an international coalition to fight terrorism, saying he that he had spoken with US President Barack Obama about the initiative.

He added that he had also been in talks about such a coalition with the leaders of Turkey, Saudi Arabia, Jordan and others.

“We really want to create some kind of an international coalition to fight terrorism and extremism,” Putin said. “To this end, we are holding consultations with our American partners – I have personally spoken on the issue with US President Obama.”