By Fábián Tamás | EURACTIV.com with Telex | translated by Dominic Spadacene 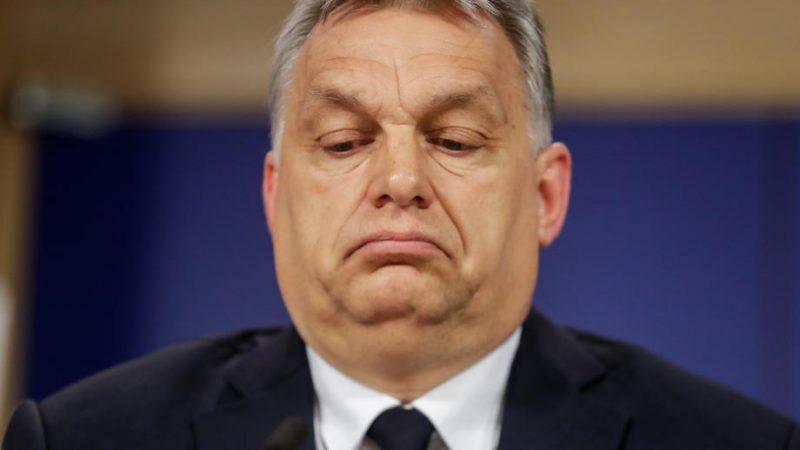 When the EU criticises the situation of the media, Fidesz’s answer is that there is nothing wrong.

Deputy Prime Minister Mihály Varga, who is also the current minister of finance, said the country’s laws and constitution “completely guarantee the freedom of the press. The media is a market-based industry, and the government has neither the right nor the intention to interfere in its affairs.”

However, his statement is inconsistent with what Prime Minister Viktor Orbán has communicated about Hungary’s media in recent years.

Since taking office in 2010, Orbán has identified four economically strategic sectors where he aimed to have the proportion of Hungarian ownership “by all means exceeding” 50 percent. These are energy, banking, retail, and the media sector.

In February, Orbán’s said the goal had been reached — Hungarian ownership in the media sector increased from 34% in 2010 to 55%. It remains unclear, however, what the target level of ownership is.

In 2017, the prime minister spoke about media ownership surpassing 50%: “I would like for the media in Hungary to be in Hungarian hands in the same proportion as it is in German hands in Germany and American hands in the US. This is the level that we have to reach. We’re making progress, but we haven’t gotten there yet.”

Considering the relatively low percentage of foreign capital in the German and American media industries — rather, it is the companies from these countries that expand abroad — Orbán’s goal may be for roughly 80-90% of the country’s media sector to be Hungarian-owned.

The prime minister did not identify a specific percentage and his press secretary didn’t respond to Telex’s inquiries.

50 percent of the media recite the government’s position

Trends over the past decade suggest that “Hungarian ownership” appears to refer to acquisitions made by business circles aligned with the government.

In 2015, Orbán commented in a pro-government TV interview that he encouraged businesspeople in his political community to set up media publications. As a result of this process, the Central European Press and Media Foundation (KESMA) was established in the autumn of 2018, with a portfolio of nearly 500 media products.

The likes of a media holding of such proportions have not been seen in Hungary since it was a communist country, and there is no other example in Europe that even comes close to such a quantity of publications wielded by a single entity.

The extent to which the formation of KESMA is in line with the government’s intentions was revealed by Zoltán Kovács, the secretary of state for international communication and relations, when he stated in 2019 that with the help of a Fidesz media holding, they  managed to get “nearly 50% of the Hungarian press to convey the government’s position.”

Compared to the Fidesz-aligned press, the opposition’s is almost undetectable

Whereas half of the Hungarian media is centrally orchestrated to facilitate Fidesz’s political goals, as confirmed by Kovács, opposition parties can only point to a very small number of their own, fragmented media publications.

Orbán and his political associates claim that the country’s media landscape is diverse in comparison to Western Europe, and furthermore, that the proportions of right-wing and left-wing media are roughly balanced at present.

However, these calculations are based on lumping together all media outlets that are not tied to the government and labelling them all as opposition, or platforms that support oppositional parties.

Furthermore, such calculations were made before last year’s resignation of nearly the entire editorial team of Index, Hungary’s leading independent media outlet at the time.

Then there are also platforms that openly convey left-wing values and support leftist candidates during elections (Népszava, Partizán, Mérce).

Last but not least, there are media outlets that are independent of both the government and opposition parties but have significant audiences (RTL Klub, Telex, 24.hu, Hvg.hu, 444.hu).

Finally, there is the question of financing.

While some opposition parties have at most a few stand-alone publications with low reach, Fidesz has almost 500 centrally controlled press outlets under its direct control; from commercial television to the entire county newspaper network.

While the opposition outlets run on tens of thousands of euros, the maintenance of Orbán’s media empire costs tens of millions euros a year, a significant part of which is public money.