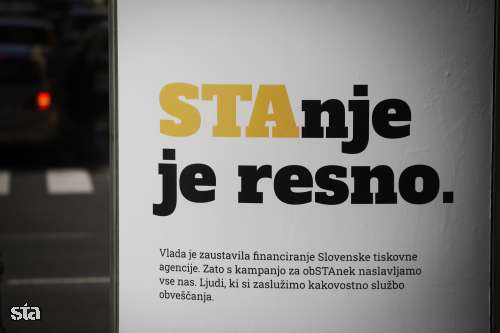 A poster of the crowdfunding campaign. Last spring, the Slovenian Journalists' Association (DNS) organised a donation campaign that collected more than €270,000 to help the agency survive. [STA Twitter account]

The European Commission had asked Slovenia to resume payments saying the freeze presented “major risks for media freedom and media pluralism in Slovenia and consequently in the EU.”

The head of the government’s Information Office Uros Urbanija and STA’s newly appointed director Igor Kadunc announced they had signed a contract under which the state would pay over two million euros this year.

“We agreed on a contract that will grant us a normal funding until the end of the year … and give time to solve the pending issues for next year,” Kadunc told a joint news conference with Urbanija.

The government suspended STA’s financing after Prime Minister Janez Janša criticised its reporting on the coronavirus crisis as a “disgrace” and called for the sacking of its former director Bojan Veselinović.

Janša’s administration dragged its heels even after the Supreme Court ordered the government to resume funding.

Veselinović resigned in September warning that “the background of the dispute with STA has always been the government’s stance on media independence and its attempt to subordinate the agency”.

The head of Slovenia’s STA news agency resigned Thursday (30 September), accusing the government of attempting “to subordinate the agency” by withholding funding.

STA’s employees welcomed the agreement but warned that some of the disputed points Veselinović had opposed to, remained unsolved.

“Some solutions (in the new contract) remain disputable since they could indirectly affect STA’s editorial autonomy and worsen its financial position,” they said in a statement.

The lack of funds had threatened to bring a halt to work at STA, which was founded in 1991, and the payment of the salaries of its hundred-odd employees.

About 15 journalists and employees have quit the agency since the beginning of the year.

Last spring, the Slovenian Journalists’ Association (DNS) organised a donation campaign that collected more than €270,000 to help the agency survive.

Under pressure from the EU, the government said in January that it had resumed payments to STA but this turned out to cover only payments withheld in 2020. 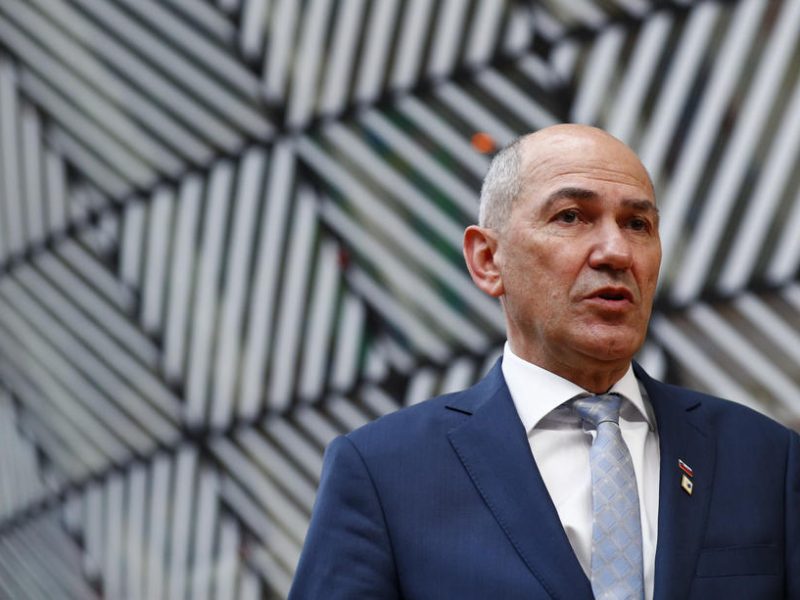