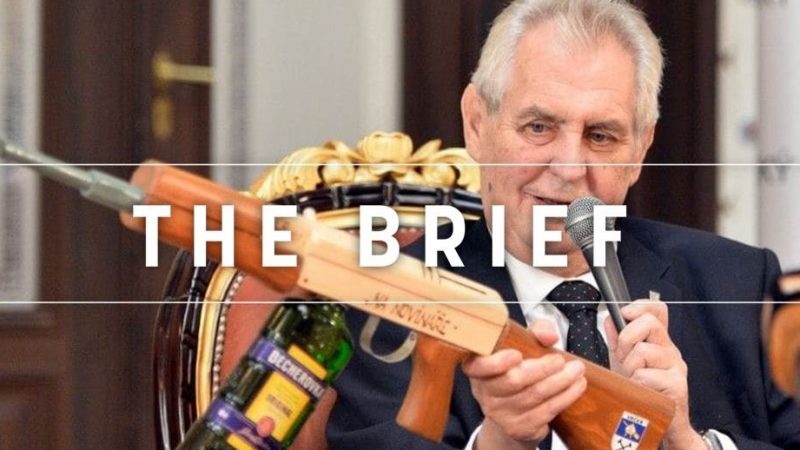 Back in the bygone days of my journalism studies, I memorised a quote I still turn to from time to time, as a means to reify the importance of my craft in a world ever blighted by existential challenges to the industry. An abridged version of Lord Bingham’s address to the House of Lords in 2000 reads:

“The proper functioning of a modern participatory democracy requires that the media be free, active, professional and enquiring.”

In the EU today, on the occasion of World Press Freedom Day, that very democratic functioning is at stake. A study published on Friday shows that 78% of Hungary’s media is under state control.

“The key issue here is of competition,” Gielgold told EURACTIV. “We need to do away with these oligopolistic media structures.”

During the 1990s, Hungary had laws in place that would prohibit excessive media concentration. But, since Prime Minister Viktor Orban’s 2010 re-election, media freedom in the country has been stifled, with such rules being abolished and foreign investors leaving the market.

In 2011, the European Parliament adopted a resolution on media law in Hungary, calling on authorities in the country to review the freedom of the press.

The current state of play in Hungary, however, does not make for easy reading. Since the end of last year, various private media outlets have been subsumed into the Central European Press and Media Foundation (KESMA), a pro-Orban outfit that now comprises around 476 media groups.

The organisation is headed by current and former Fidesz associates.

The move prompted S&D’s Hungarian MEP, István Ujhelyi, to send a written question to the Commission, asking whether they are monitoring the actions of KESMA, which he described as a “propaganda machine that has the task of moving the illiberal state forward and waging a war of liberation on Brussels.”

The Commission responded that EU competition rules may apply, but that the creation of KESMA itself, as well as the concentration of the media outlets, “fall outside the Commission’s jurisdiction under the EU Merger Regulation.”

The EU Foreign Affairs Chief Federica Mogherini was keen to rally the cause of a free and independent press on World Press Freedom Day, saying “there is no democracy without a truly free press.”

But by what means do we regard the press in the EU as ‘free’?

In addition to Hungary, there is also Bulgaria, which has one of Europe’s worst press freedom rankings. A recent report by Reporters Without Borders noted that “corruption and collusion between media, politicians and oligarchs is widespread” in the country.

Or, let us not forget Miloš Zeman, the Czech president, who was pictured in 2017 brandishing a mock gun with the words ‘for journalists’ inscribed on it.

While we’re at it, why not discuss Romania, a country of growing political censorship in which the media, “have gradually been turned into political propaganda tools,” as RSF observe.

And of course, don’t forget Italy, where the head of state broadcaster Rai, Marcello Foa, has had a history of promoting disinformation and also has alleged links to the far-right Lega party. That, alongside the recent news that Rai may soon seek to establish gender-based TV channels.

For Giegold, ensuring a free and independent press is a civil rights issue which should be a priority for the next European Commission. It’s hard to disagree, and the ones that essentially lose out at the end of the day are the citizens themselves.

The idea of the Hungarian press as being ‘independent’ is, tragically, today a mere fallacy, Giegold added.

Pro-European candidates for the EU election identified the European Council as the ‘common enemy’.

Meanwhile, the controversial subject of the EU’s future plans for a common army provoked lively exchanges during the second Spitzenkandidaten debate, just three weeks before the European polls.

All European parties, except those on the left and including the centre-right EPP, will be considered as allies to Italy’s right-wing Lega party in the upcoming EU elections, leader Matteo Salvini said in Hungary.

The logistical barriers facing new pan-European political parties have some need to be addressed if the EU’s political union is to become reality.

As the EU gears up for a big refresh after May’s elections, there is growing consent among business leaders that incoming policymakers should refocus attention and resources on industrial policy. The EU also looks into ‘Airbus-style’ Franco-German battery plans.

North Macedonia goes to the polls in a presidential run-off vote that will be a litmus test for the pro-Western government.

If a price on carbon is to be introduced this year in Germany, it needs to essentially do one thing: set a strong signal so that companies promote climate-friendly investments.

Imports of liquefied natural gas from the US “can play a very important role for our security of supply,” and also contribute to the EU’s emission reduction goals, the Commission said.

This week’s edition of Tweets of the Week feature Weber who snubs the debate and does not speak, UK secretary sacked over leak, and 15th birthday celebrations for the EU clique.

The European ‘Future of Europe’ Summit of Eu leaders in Sibiu, Romania next week.