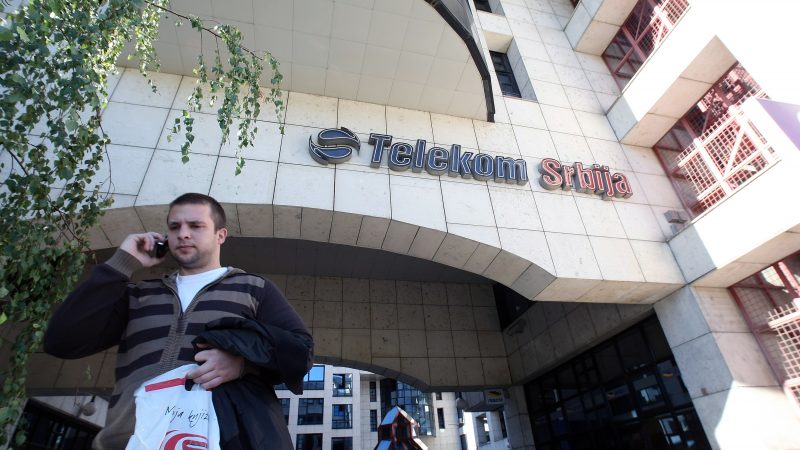 Media freedom in Serbia is seriously jeopardised, with only a few independent media outlets left, as pointed out by several international organisations. Serbia ranks 93rd out of 180 countries in the 2021 World Press Freedom Index of Reporters Without Borders. The EU has warned that threats, intimidation and violence against journalists remain a source of serious concern.

Serbian media space is dominated by an overwhelmingly favourable coverage of the government, especially of President Vučić. The opposition, conversely, is largely marginalised or negatively presented. The Serbian government puts critical journalism on a par with anti-state activities and decries independent media outlets for spreading misinformation without providing evidence.

The majority of daily newspapers openly support Vučić, while only two criticise the government. One of them is the United Group’s new newspaper Nova, which is being printed in Croatia, since no printing house in Serbia dared to do so, apparently afraid of the government reaction. Naturally, the influence of TV stations is much bigger than that of the print media. 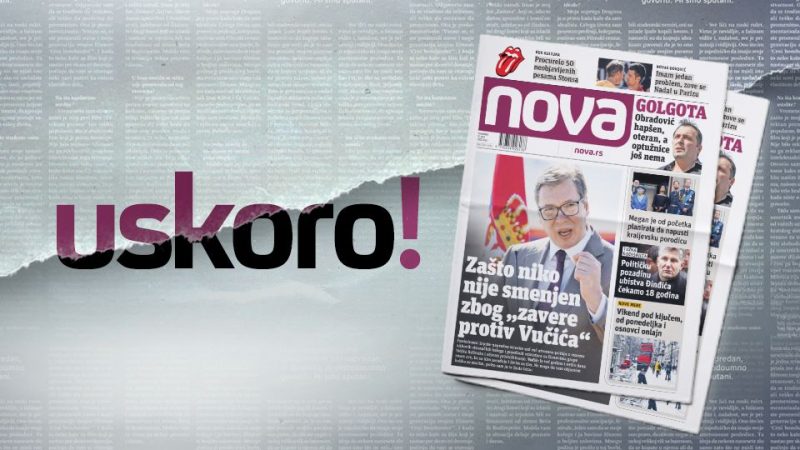 According to a recent media watchdog’s report, Vučić consumed almost 50 hours of airtime in the main news programmes of five TV channels, with nationwide coverage and United Media’s independent N1 television, from last December through April 2021.

At the same time, the nine biggest opposition parties got almost eight times less space. Vučić was presented positively in 85% of the appearances. Taking into account only the main news programme of the public broadcaster RTS, Vučić alone consumed more than five hours, while nine opposition parties were given a total of nine minutes during the five month period.

Observers say that state-owned cable and broadband provider Telekom Srbija plays an important role in Vučić’s efforts to prevent the spread of critical voices as it has been used to expand the media monopoly of the progressives and to stifle media outlets whose editorial policy is not to the ruling party’s taste, by bankrupting them.

Telekom Srbija’s main rival is company Serbia Broadband (SBB), owned by the United Group, which broadcasts TV channels such as N1, Nova S and Newsmax Adria, one of the few in Serbia which provide information that could not be heard in the state-controlled media and which regularly report on government corruption scandals.

According to the Regulatory Agency for Electronic Communications and Postal Services’ data, SBB held 45.6% of the market of media content distribution in the first quarter of 2021, while Telekom Srbija, with its provider Supernova, which it acquired in the meantime, held 45.4%. Bearing in mind that other, smaller cable operators do not offer the United Group’s channels, access to N1 and Nova S is denied to more than 50% of cable television users in Serbia.

Telekom Srbija did not gain its current position on the media content market on the grounds of its capabilities and business performances, but rather thanks to being protected by Serbia’s ruling party. Business reports show Telekom Srbija’s debt rose to €1.44 billion, from €289 million in 2017, following numerous acquisitions. Those acquisitions are widely seen as an attempt to suffocate independent media in the country, primarily opposition-owned channels N1 and Nova.

Over the past three years Telekom has not spared money to achieve a dominant position. Two very non-transparent acquisitions are often cited as examples.

The first is Telekom’s purchase of cable operator Kopernikus in 2018 for around €200 million from a businessman close to the Serbian Progressive Party, who right afterwards bought TV channels Prva and B92 (then O2), turning them into pro-government outlets.

Telekom spent at least another €100 million in 2019 on the purchase of several small cable television and internet providers. Experts claimed that price of those acquisitions was significantly above the market value.

The most obvious example of destroying the competition on the market was revealed this week. Telekom Srbija has paid a huge €600 million for the broadcasting rights to English Premier League matches in six seasons.

That is widely seen as a politically motivated move aimed to harm the United Group, whose operater SBB has broadcast English Premier League for years. The price is more than eight times higher than the one SBB had been paying, indicating that political interest lies in the ground of Telekom Srbija’s decision.

Providing extremely popular content, such as the best football competitions in the world, Telekom wants to take over customers of the SBB cable provider. The exorbitant amount indicates that Vučić’s goal is the United Group’s disappearance from the Serbian market.

The proof for Telekom Srbija’s political motives is the document, published in January by N1, showing the intent of the state-owned company to join forces with its competitor Telenor, owned by privately held international PPF Group.

The objective of the cooperation with Telenor was the destruction of SBB, i.e. the reduction of its market share in the distribution of media content to less than 30%. That would jeopardise the financing of TV channels N1 and Nova S. The agreement with Telenor was another Vučić’s attempt to prevent Serbian citizens from being informed from different sources.

Two months ago, Euronews Serbia TV channel, owned by Telekom Srbija, started with its programmes. Pan-European broadcaster Euronews came to Serbia as a partner of Telekom Srbija and the new TV channel is their joint venture.

Euronews Serbia will compete with similar outlets such as N1, Nova S and Newsmax Adria, while its neutral editorial policy should serve to create the illusion of pluralism and media freedom in the country. It is another example of the government’s desire to minimise the influence of United Group’s TV channels.

For the time being, nothing indicates that Vučić is ready to abandon the long-time practice of media muzzling. He is not ready to loosen his grip on the country, as evidenced by the fact that the Regulatory Authority of Electronic Media (REM), which is doing almost nothing to ensure balanced and unbiased reporting, recently elected board members of the public media services.

That decision is controversial because it is a unilateral move amid the European Parliament mediated negotiations between the government and the opposition on election conditions, with media freedom being the main issue.