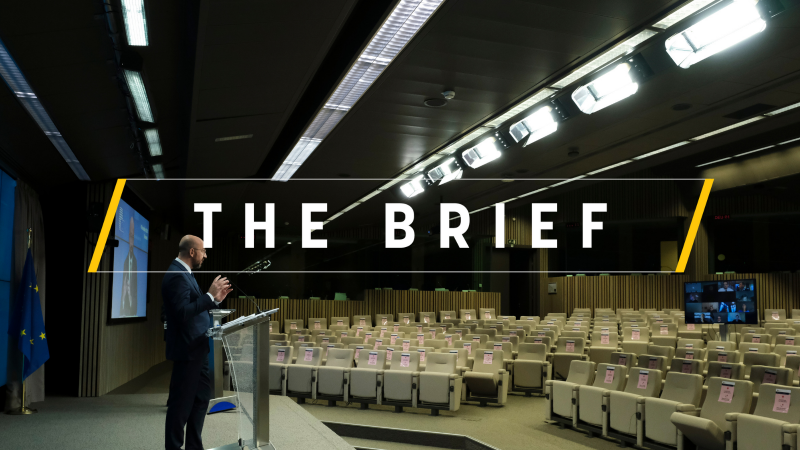 Nine months have elapsed since journalists have had no other choice but to exercise their profession from the couch. Press briefings are held online, leaders speak in front of a microphone with no one behind it. Even institutional leaks are now official, channelled on dedicated WhatsApp groups.

Travel is restricted, so conflicts or elections happen without the presence of journalists, or with very few journos on site. As a result, those in power have almost complete control of communication, very much like in totalitarian countries.

Journalists normally need to meet with politicians and other stakeholders and talk to them informally. It is the essence of our job: journalists need sources – but few sources will share information online or over the phone.

In the absence of journalistic judgement based on personal confrontation with the world actors, the media are left to churn out press releases. That’s not a good service to society.

These days, conflicts, or even wars, go unnoticed. Not only because there are no journalists to cover them on the ground, but because the entire attention of the public, and of mainstream media, is so strongly focused on the pandemic. Few care if there is a war in Nagorno-Karabakh or in northern Ethiopia.

At least in Europe, COVID restrictions have been accepted during these nine months without much resistance. This may be good news. But on the other hand, there is a risk that fencing journalism may become the new normal.

According to conspiracy theories, the COVID plandemic is there to strengthen the domination of mysterious elites over the masses. And while COVID-19 may not have been developed in secret laboratories, the pandemic is indeed eroding democracy, the free press being one of its pillars.

Because of the importance of the EU summit on 10-11 December, EU leaders (or those who are not in quarantine) will attend it physically. But journalists will, again, have to watch the pressers from the couch. This is a disgrace for our profession. And it’s really depressing. If one were to replace journalists with robots, readers would not notice the difference.

(Well, we kind of hope they would, but you get the point.)

It’s up to the EU to give a good example and return to the normal practices, the sooner, the better. Hopefully, journalists will next spring be able, again, to sit over a beer in the vicinity of the Berlaymont or Place du Luxembourg, talk to real people, and be sure they learn enough to raise the real issues.

Because that is an essential service to society.

A message from FACEBOOK: Working to protect the integrity of elections. We’ve made big investments in new teams and technology to secure Facebook platforms for elections. 35,000 people worldwide are working on our safety and security team – a 300% increase since 2016. Learn more here.

The EU will start preparing a new recovery fund against the pandemic without Hungary and Poland unless the two countries lift their veto to the EU budget and the stimulus agreed last July totalling € 1.8 trillion, a senior EU diplomat said.

The EU will aim to have at least 30 million zero-emission vehicles on its roads by 2030, as it seeks to steer countries away from fossil fuel-based transport, according to a draft EU document.