The Brief – Slapping down democracy 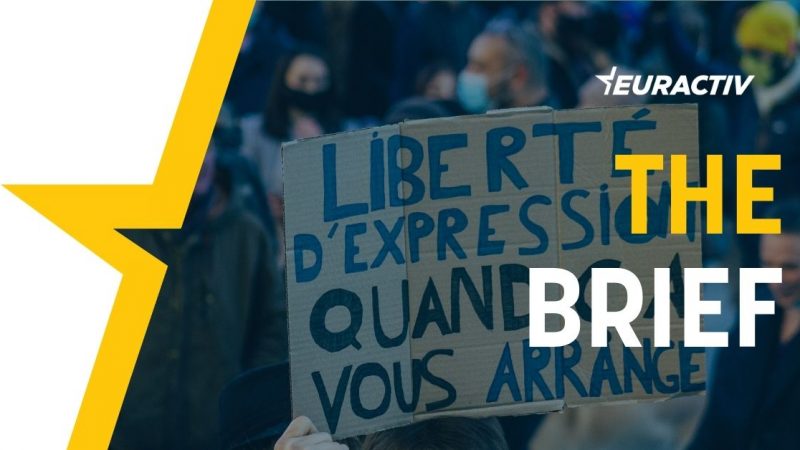 Physical violence against journalists, the most obvious manifestation, is like an underground river that overflows at the first heavy rain. Threats and murders are usually targeted against investigative journalists who scrutinise corruption and links between the public sector and organised crime.

The threat to media freedom in Europe is much more sophisticated though no less worrying. In countries where the entire media system is biased, or controlled, killing independent journalists is unnecessary.

For years, EU policymakers have largely turned a blind eye to such cases, leaving the matter in the hands of national governments.

But now, when we see that Hungary is not an isolated case but a trend-setter for an entire region, European institutions finally have to face the music.

There are two core reasons for the poor state of European media –  economics and politics.

The media sector has been in crisis since the advent of digital technologies. Open access to information courtesy of the internet has made people less inclined to pay, making us forget that information (like democracy) has a cost.

The fragmentation of media channels has shrunk advertising revenue and on most online platforms where media content is shared, the intellectual property of news outlets is not recognised – until the transposition of the Copyright Directive at least.

The other main reason is political. In a democracy, there is a necessary tension between the political system and media organisations. There will always be politicians who do not want to be questioned. In a mature democracy, the rule of law protects that tension.

By contrast, when the media system is unhealthy and the rule of law not ensured, media are at the mercy of their political patrons.

Since few media are profitable, new entrants to the media market are usually financed by wealthy individuals or corporations seeking to use news outlets as pawns in their political game. Alternatively, media becomes dependent on public funding which, with no objective criteria, is distributed based on political sympathies.

Those that do not comply with this regime are then attacked, initially through legal means. Police protection is withdrawn. Obstruction and excessive use of violence prevents reporting. Broadcasting licenses are removed. Verbal attacks from senior politicians become the norm.

Last but not least, journalists (but also NGOs, activists, academics) are targeted by strategic lawsuits against public participation (SLAPPs). The purpose of these lawsuits is not to win, but to intimidate. Just as fascism used freedom of speech to overthrow democracies and then deny that freedom, SLAPP turns the justice system upside down, using defamatory law to defame.

To counter this worrying trend, the European Commission announced an anti-SLAPP initiative by the end of the year. The European Parliament called twice for a directive so that it would be legally binding.

MEPs are also working on their own policy report. Meanwhile, a coalition of NGOs has launched the European SLAPP Contest, the Eurovision of the lawsuit abusers. Categories include corporate bully, SLAPP politician of the year, lawsuit addict and bully lawyers. The winners of the prestigious prize will be announced on Friday (21 May). Stay tuned…

The European Commission’s insistence on capping conventional biofuels is “ultra-orthodox” as it deprives farmers of a potential market outside the Common Agricultural Policy (CAP) while simultaneously hindering agriculture’s environmental potential, the head of EU farmers’ association told EURACTIV in an interview.

The EU should have paid more attention to some vaccine manufacturers and their effective capacity when signing the contracts, the former co-chair of the EU vaccine steering board said during an event on Tuesday.

After the German Bundesrat recently passed the IT-Security Law, things have been looking increasingly grim for Huawei’s expansion in Europe. A patchwork of different national approaches to the Chinese tech giant has emerged across Europe.

The European Parliament formally approved the European Union’s multi-billion euro fund on Tuesday to support countries as they wind down fossil fuel industries as part of Europe’s push towards fighting climate change.

Of all the objectives in the European Green Deal, presented in December 2019, the “Zero Pollution Action Plan” immediately jumped out as the one policymakers were likely to struggle with the most. Read more about it in today’s Green Brief.