The Reporters Without Borders NGO wants to create a reliable media certification to limit the spread of fake news. EURACTIV.fr reports.

Reporters Without Borders (RSF) launched its Journalism Trust Initiative on 3 April, an initiative which would allow us to distinguish trustworthy journalistic content from misinformation.

According to the NGO, the trustworthy content would be the one respecting a certain set of standards that are yet to be defined but would be based on indicators measuring the transparency of media ownership and sources of revenues, journalistic methods, and the compliance with ethical norms and independence.

RSF wants the standards to apply to “all those who produce journalistic content, ranging from individual bloggers to international media groups”.

According to the RSF, these standards will have to be developed and implemented by stakeholders including media outlets, professional associations and unions, and digital platforms by the means of the Workshop Agreement of the European Centre of Standardisation (CEN).

Over a 12 to 18 months period, the indicators will be developed with the French Standardisation Association (AFNOR) and its German counterpart, the Deutsches Institut für Normung (DIN). 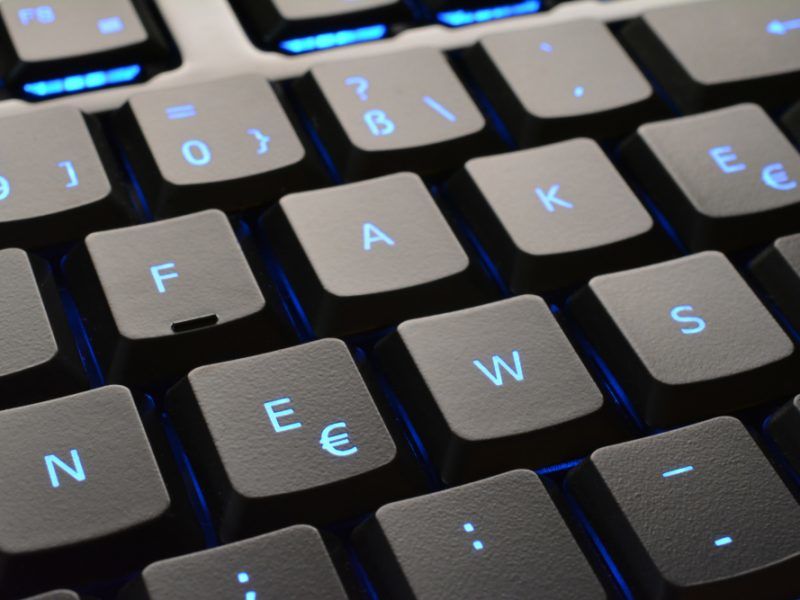 “In the new public arena system, in which false information circulates faster than real news, the defence of journalism requires reversing this trend by giving a real advantage to all those who reliably produce news and information, whatever their status,” said the RSF Secretary-Generall Christophe Deloire.

Reporters Without Borders wants to give reliable media outlets benefits such as “preferential distribution and treatment by algorithms of search engines and social media platforms”.

A report published by the European Commission’s Expert Group on Fake News on March 12, stressed that “digital intermediaries such as social networks and online video platforms can impact public opinion by sorting, selecting and ranking news and information via their algorithms”.

The report also mentions initiatives launched by online platforms to tackle fake news, some of which aim to integrate signals on the credibility of content in algorithms. Nonetheless, experts call for more transparency on the operation of the algorithms and advise platforms to share information with the research world so as to better understand the algorithms.

The experts, like the RSF, believe that platforms need to incorporate “source transparency indicators” in their algorithms based on professional codes of conduct and users’ expectations on what constitutes credible and trustworthy content.