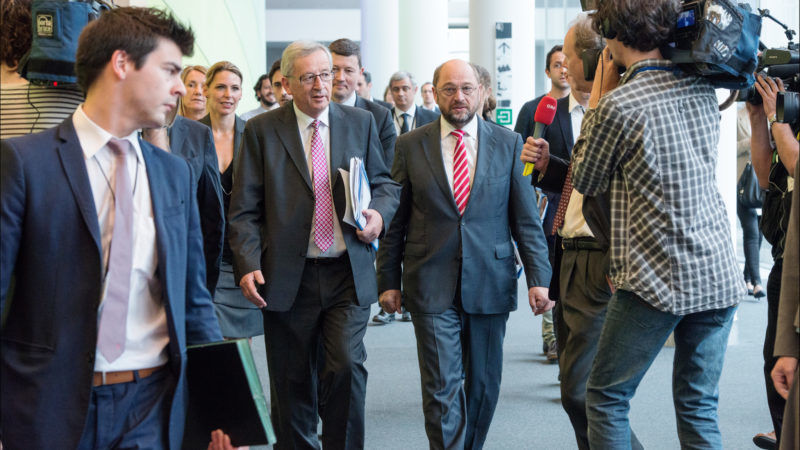 Some media experts believe it is their sector that will bring the European project closer together, rather than political action. [European Union]

Experts in mainland Europe are counting on the EU to solve the crisis facing the media and have proposed measures varying from regulatory support to innovative programmes. But on the other side of la Manche, even pro-European outlets are sceptical about EU involvement.

Many have criticised the institutions’ failure to consider the media as an economic sector in crisis and to establish a proper policy to help it innovate, as it was done for the coal, steel and car industries.

International Director of EFE José Manuel Sanz Mingote argues that the media, not politics, will bring the EU project closer together. He also does not believe in intrusive regulations from the EU but rather in the support of good practices.

“The European institutions have to realise that this is an economic sector with its problems and challenges, and provide legal support to the media so they can enlarge their audiences and compete with powerful actors,” he added.

Views are divided on whether public intervention in the media sector creates a conflict of interest: continental outlets perceive the institutions as neutral, while British publications are inherently suspicious of their role.

Fabio Carducci, deputy editor-in-chief of Il Sole 24 Ore, is open to indirect support and said that “political or ideological interference from Brussels is not a major concern. If the institutions gave money directly it would be much more risky but if they only provided facilities and courses it would be helpful and very productive.”

Stressing the importance of programmes that tackle the sector’s issues of today, Miguel Castro, senior officer at the Gates Foundation, defended the role of public intervention in the media sector.

“I have lived in an age that has benefited from public service broadcasting, so I love it and I do believe in its value. I don’t think public service media is just for the past, but if initiatives are taken to revive the sector and to have the European institutions support it, they need to be designed in a way that reflects the present,” he insisted.

Former Editor of EURACTIV Italy Giampiero Gramaglia is also in support of a more robust institutional intervention aimed at developing innovation projects: “I see favourably a European impulse to accelerate the evolution of the media from a technological point of view.

“But the most interesting push could be towards creating new services able to interact at European level and not just at national level, which is the standard for people in the information industry.”

Another popular position calls on the institutions to intervene on a regulatory level, most notably to defend smaller news organisations from the dominant position of tech giants like Facebook and Google.

Mediapart, a French news site focused on investigative journalism, is involved in a contentious legal battle with the French state. Co-founder Edwy Plenel has invoked the help of the institutions to guarantee that online news platforms will be taxed like newspapers.

“I have always been in favour of indirect aid, because it is not targeted towards media companies but towards readers. Historically, VAT has not been a merely anecdotal issue, it is a way to say: newspapers are not a commodity like others, they are crucial for democratic vitality,” Plenel explained.

Stay out of it, Brussels

Not everyone is as enthusiastic about institutional involvement, especially – but not exclusively – on the other side of the channel.

Germany’s media sector is one of the healthiest in Europe, thanks to large-scale public investments into broadcasting but also to several smaller stakeholders who support local and national print.

Matthias Krupa, European editor at Die Zeit, said: “I’m not on the side of those who are asking for public financing of papers, not at all. It’s a question of independence and credibility.

“If we talk about the crisis of media we’re not only talking about the economic aspect but also about the struggle for credibility. If you want to undermine the credibility we do have, then you should ask for public subsidies.”

This separation between media and state has obvious historic reasons but according to Der Tagesspiegel Publisher Sebastian Turner, if the German press relies solely on private funding “in typical ‘Mittelstand’ attitude”, it might eventually run into financial problems.

In the UK, anti-EU intervention voices are even louder. Although The Economist has always supported the EU in principle, it has also been critical of the institutions’ economic policies.

Political Editor John Peet said: “I’m not sure I would go for a real European media strategy. There have been attempts […] I think ordinary people who consume the media are naturally sceptical of information that comes even indirectly from governments or from the EU institutions.

“In the end people prefer to feel that what they consume is produced by independent media.” 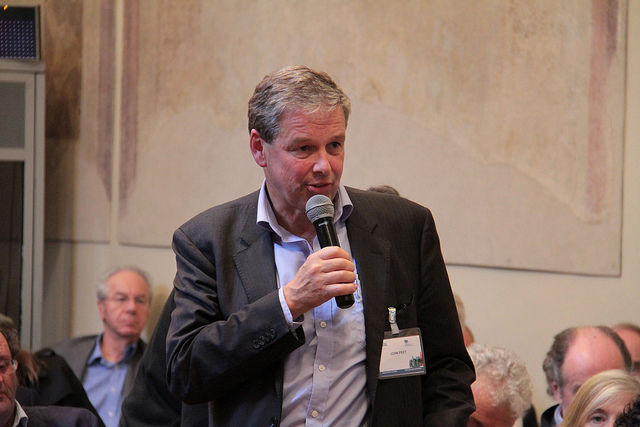 Editorial Director of The Times Emma Tucker also believes that innovation models should be developed on the basis of professional successes rather than EU projects. Both the paper and its readers have taken a clear anti-Brexit stance, and she now hopes that their impartial coverage will help the UK cut a softer deal.

In her message to the institutions, she warned: “I think European countries had two big signals now: Brexit and Trump, so there’s obviously something afoot. I think it’s time for some bold leadership and for some honest thinking in Europe.

“Europe’s often been accused of being a bit inward-looking or self-satisfied, which is often very much a charge of the British media and not always entirely justified. Nevertheless, there’s certainly no room for complacency now.”

European leaders can’t keep pretending freedom of movement is not an issue. Whether, in the context of Brexit or the migration crisis, inaction is undermining people’s confidence in the EU, says Emma Tucker.

The debate on whether the EU should provide subsidies or regulatory aid to the sector is alive and well but a broad consensus can be found in support of innovation projects to foster training and skill-building programmes for media professionals.