The Brief – Europe’s Progressives are cats and dogs 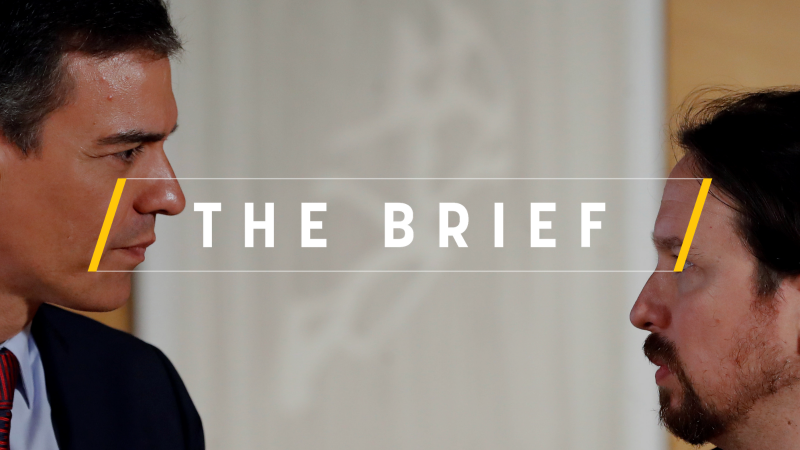 The failure of the Spanish socialists (PSOE) and the leftists Unidas Podemos to form a government following the 28 April parliamentary election has once again exposed the shortcomings of the so-called progressive political forces in Europe.

The deadlock in the negotiations between acting Prime Minister Pedro Sánchez and Pablo Iglesias, the leader of Unidas Podemos, is just a tiny piece of the “progressive puzzle”.

The EU socialists have been electorally shrinking, especially after the financial crisis, and the rising leftist forces are vaguely trying to fill the ideological gap.

At the European Parliament level, they have been discussing for ages the need to create a pro-EU progressive alliance to counterbalance the bigger centre-right European People’s Party (EPP).

In practice, it never happened. Neither at EU nor at the national level. Leftist forces need each other to form majorities but they hate each other like cats and dogs. Their constant fight over who will have the upper hand in the “progressive” font will ultimately make the EPP stronger.

From Hannes Swoboda to Gianni Pittella and Udo Bullmann, the Socialists have before the elections always highlighted their will to collaborate with the progressive left. After the elections, though, they returned to the centre.

It’s not a coincidence that the national socialist parties have relied on Sergei Stanishev all these years to get the job done: enough leftist to appear ‘revolutionary’, enough centrist to be trusted by the mainstream.

But they should have a look at Stanishev’s home country Bulgaria, where the left is badly divided (his BSP party is at war with a small ABV party, to the delight of the conservative GERB party of Prime Minister Boyko Borissov).

And by the way, Stanishev himself is at war with the BSP leader Kornelia Ninova. Critics say that after having put down BSP at home, Stanishev is doing the same at the European level.

On the left, everybody wants to be a leader, and as a result, there are many progressive “primadonnas”: from Jean-Luc Mélenchon to Yanis Varoufakis and Pablo Iglesias. Mélenchon literally boycotted the European Left in the EU elections while Varoufakis made it clear that he was running against the left.

Iglesias wants high ministerial posts and is determined to practically block the formation of a socialist-led government unless he gets them. In the meantime, the right-wing and far-right Vox in Spain are celebrating.

During a crisis, EPP parties always make use of mechanisms to stick together, and they come out of harm’s way even more united. A crisis in the case of the progressives only widens their divisions and leaves them more fragment each time.

Here are five things to know about the new pot to support EU economies, ahead of the negotiations on the EU’s long-term budget.

Almost a year after the joint US-EU statement, “there is a stalemate” in trade negotiations, Commissioner Cecilia Malmström conceded speaking before the European Parliament.

France, Italy and Denmark gave initial support for a British plan for a European-led naval mission to ensure safe shipping through the Strait of Hormuz, proposed after Iran’s seizure of a British-flagged tanker.

Annegret Kramp-Karrenbauer has been sworn in as the new German defence minister before the Bundestag. In her first government statement, she made a pledge to NATO.

Johnson, meanwhile, vowed to “get Brexit done” on 31 October, brushing away the eventuality of further extension of the UK’s departure from the EU.

In the Czech Republic, relations with Beijing are institutionalised in the 17 plus 1 framework and bilateral agreements. Their real impact is difficult to assess but they have already pitted the country’s president against many other politicians and the public.