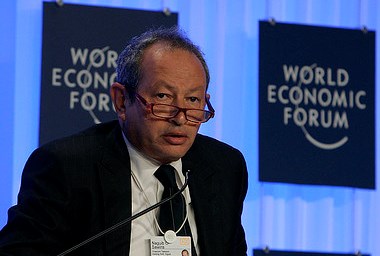 He’s a billionaire who wants to put a Mediterranean island at the disposal of 30,000 refugees – but so far no government has responded to Naguib Sawiris’ offer. EURACTIV Germany reports.

The Egyptian tycoon is “frustrated” that his plan to buy an island and provide refugees with a new home has been given short-shrift. His idea, to buy an island in the Mediterranean in Greece or Italy and establish a community for up to 30,000 refugees, has not been considered by either government, he said at a press conference in Lyon on Thursday (15 October).

Sawiris added that he had identified 23 uninhabited islands whose owners are willing to sell. However, he has not received a reply to the letter he sent to Italian and Greek leaders, in which he outlined his proposal. Sawiris wants effectively to give an island to refugees in need, who he described as “poor devils”, so they can build a new future for themselves. They could build “houses, hospitals and schools; a new city.” The billionaire insisted that his offer is not self-promotion and is just his attempt to placate his own conscience.

The entrepreneur was speaking at the opening of the new headquarters of Euronews, the media platform in which he has been majority shareholder since the beginning of the year. Sawiris is also the head of mobile phone company Orascom TMT, which is operational in several countries in Africa and the Middle East, as well as South Korea. The billionaire also owns an Egyptian television station.

>> Read: Merkel continues to take hits from own party on refugee policy

Since January around 3,000 people have lost their lives trying to cross the Mediterranean. Most of the refugees are from Africa or the Middle East and often attempt to make the journey in overcrowded and unsafe vessels. Sawiris was prompted to offer to spend his fortune on an island after seeing the pictures of Aylan Kurdi, the 3-year-old Syrian boy who drowned while his family were trying to cross the Aegean.