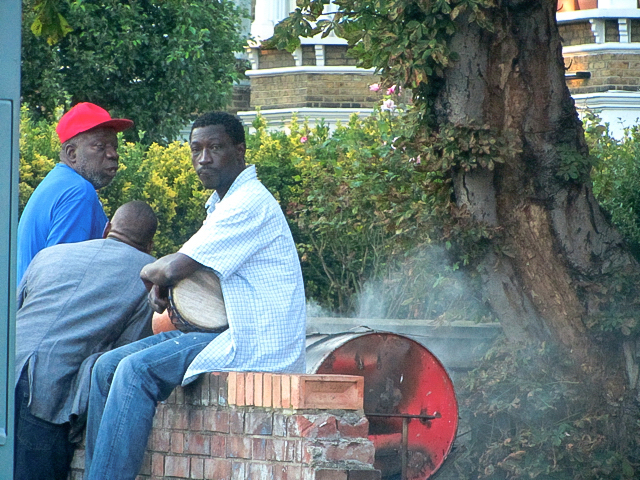 Brixton remains a primary destination for immigrants from Britain's former colonies in the Carribean and West Africa. [Joel Schalit/Flickr]

The European Commission plans to legislate before the end of the year to ensure the burden of housing immigrants is shared across the bloc, according to binding quotas based on criteria such as economic health and population.

The final plan is supposed to be put before EU leaders at their 25-26 June summit, but immigration is such a sensitive political issue for many member states that any agreement could prove elusive.

Britain and Ireland have “opt-out rights” on certain policy areas under EU treaties, meaning that they have the right to decide whether or not to participate in a quota system.

“Denmark has an opt-out right whereby they do not participate at all” on this issue, said Commission spokesman Natasha Bertaud. The exemptions granted to the three countries are making it difficult for the commission to impose binding quotas on the 25 remaining EU member states, EU sources told AFP.

After further talks yesterday, officials still had not reached an agreement before the 28 EU Commissioners were due to meet Wednesday to formally sign off on the new migration policy, the sources said.

But Britain’s newly-elected Conservative government on Tuesday said it would exercise its right to opt out of any such legislation.

>> Read: Britain opposes operations to save migrants in Mediterranean

“We will not participate in any legislation imposing a mandatory system of resettlement or relocation,” a Home Office (interior ministry) statement said.

A series of disasters in the Mediterranean, in which hundreds of migrants from North Africa have drowned after attempting to cross the sea in overcrowded and unsafe vessels, has sharpened international focus on the issue of migration into Europe.

More than 1,800 people have died so far in 2015, according to the International Organisation for Migration, making it likely the deadliest year ever for migrants seeking to reach Europe through the Mediterranean.

Britain, where immigration is a politically sensitive subject, has sent its helicopter-carrying flagship HMS Bulwark to help solve the crisis in the Mediterranean. But on Tuesday, the government said its focus would remain on targeting the traffickers behind the flow of migrants.

“The UK has a proud history of offering asylum to those who need it most but we do not believe that a mandatory system of resettlement is the answer. We will oppose any EU Commission proposals to introduce a non-voluntary quota,” the statement said.

Cameron's Conservatives want to stop what they regard as welfare abuse by poor immigrants from eastern Europe with no jobs and no health coverage.