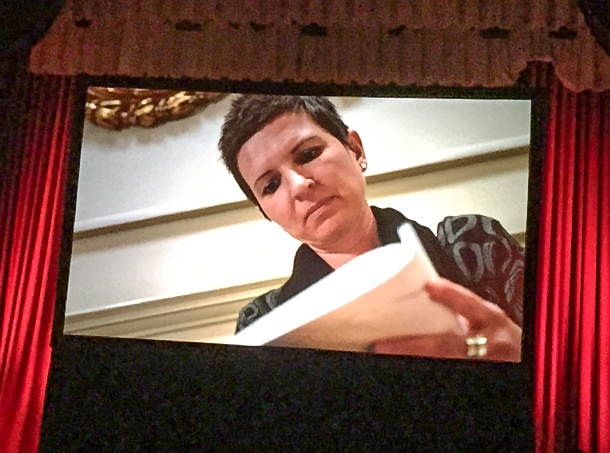 SPECIAL REPORT / Regional literary awards are like any other cultural event. Books get recognized as much for how they capture the local, as they get hailed for being works of art.

Few would argue that the European Union Prize for Literature is an exception to this rule. The fact that it’s European ought to be a dead give away.

In fact, that is one of the best things about the annual event. It provides a rare opportunity to enter the conversations Europeans continually conduct amongst themselves about what it is that marks them, both collectively, as well as individually.

The selections for the 2015 awards are no exception. Take the award granted to novelist Carolina Schutti, by the Austrian jury, as an example, for her 2012 novel, Einmal muss ich über weiches Gras gelaufen sein (Once I must have trodden soft grass).

A highly personal meditation about being displaced, the book tells the story of a Belarussian girl who loses her mother, and goes to live with her aunt, in an unnamed, poor rural village. Maja, the protagonist, struggles to figure out where she came from, to no avail. Eventually, she is befriended by an elderly man named Marek, who speaks a language she doesn’t understand.

Marek makes Maja feel at home for the first time in her exile, and she begins to find her place in her new world, despite the ambiguity of her past. It’s not an unfamiliar narrative for refugees and asylum seekers, experiencing the shock of the new. But it is one that is in its own way disconcerting to encounter amongst Europeans themselves, who would be loathe to admit that are as alienated and ignorant about their past as Maja.

It is no accident that Maja is from Belarus. Few territories of the former USSR continue to live on as retro authoritarian states in today’s Europe, despite Russia’s pretend democracy, and Vladimir Putin’s nostalgia for the Communist era. Maja cannot remember where she comes from precisely because she’s had to repress it, in order to leave. How else might one escape? Especially a child.

The refugee’s plight is its own metaphor, entirely in dialogue with the feeling of alienation that persons fleeing the wreckage of the Communist era in Eastern Europe often feel in the West, not to mention refugees from other parts of the world, washing up on Europe’s shores, today.  They have equally strong reasons to draw blanks on their past, and to find their new European home alien and unrecognizable, which are as traumatic as the Stalinist legacy.

Schutti’s achievement is in being able to give voice to both of these experiences simultaneously. In doing so, her novel, manages to express exactly what it feels like to be an outsider in today’s Europe: An immigrant, an asylum seeker, someone for whom Europe is both a destination and a home, that is difficult to make sense of.

This isn’t what one would immediately recognise as an archetypal expression of Europeanness. It bears none of the historic hallmarks of a fixed cultural identity that has had centuries to cultivate its particularity. However, it does have repeat precedents, throughout the continent’s history, which frequently get forgotten. Once I must have trodden soft grass is a reminder of that history’s continuity into the present, and its place in European identity and culture.

Leave it to an Austrian fiction writer, living in country that has always been a border state between empires and civilizations, to help distill this experience, for so many potential perspectives. In an era that increasingly resembles the years immediately following both WWI and WWII, when the continent was awash with displaced persons, Carolina Schutti’s novel stands as a necessary reminder. Refugees are Europeans, too.