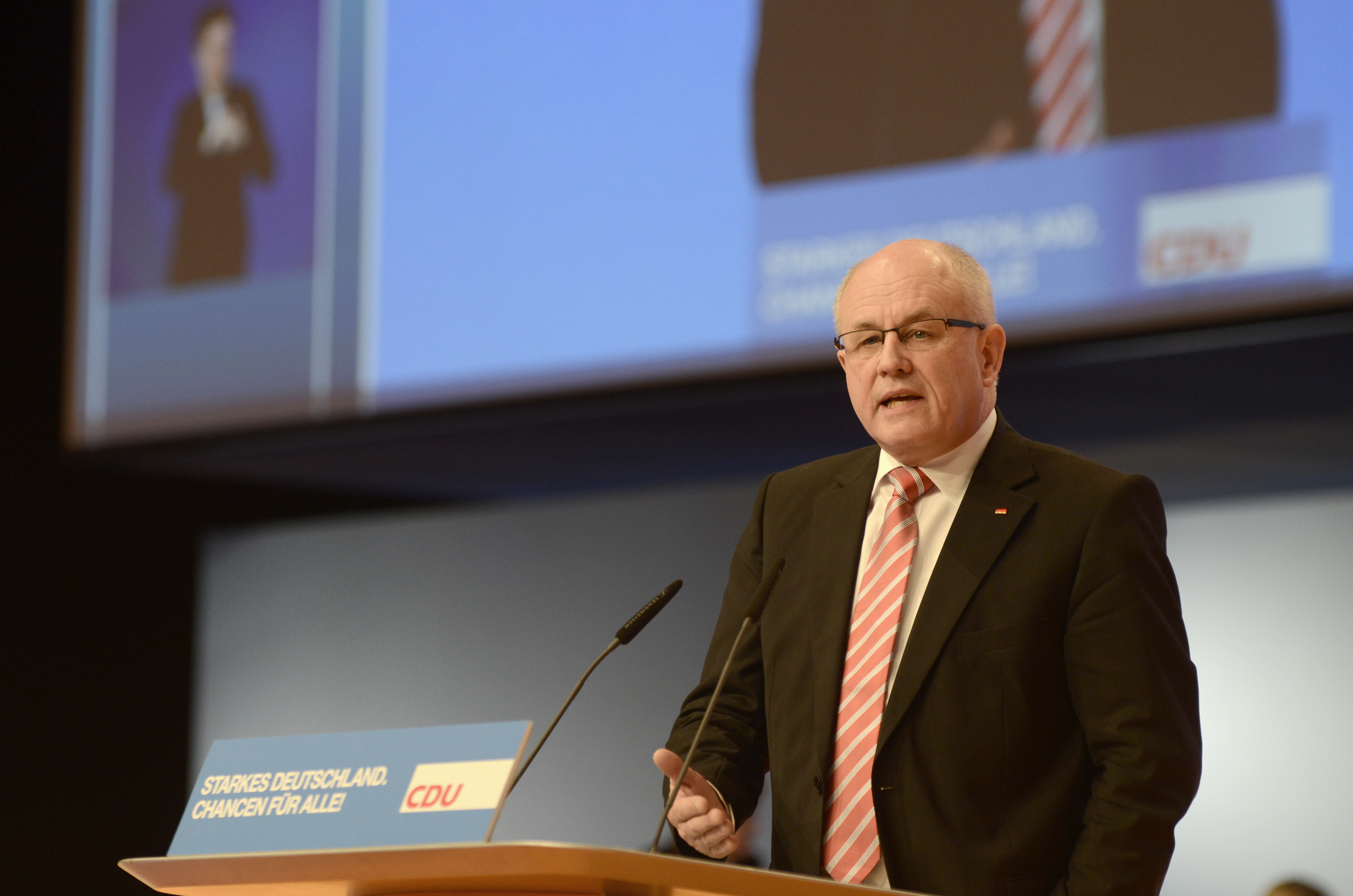 German lawmakers spent last weekend squabbling over limiting the influx of migrants from the Balkans, calling for stricter rules on return policy and visas.

While European leaders are struggling to carve a constructive response to the migration crises, Germany has seen a sharp rise in the number of people applying for asylum from the Balkans, since a relaxation of travel rules made it easier to reach EU borders via Serbia.

In a Die Welt interview published on Saturday, Manfred Schmidt, the head of the German Federal Office for Migration and Refugees (BAMF), said Germany will deport 94,000 asylum seekers from the Balkans and ban them from entering again.

On Sunday (9 August), Volker Kauder, leader of the Christian Democrats in the Bundestag, spoke out against claims that migration can help fill needed jobs.

“We can’t act like a big football club that doesn’t give its own talent a chance because it’d rather buy players in other countries. Our young people are given temporary contracts, but to get someone from abroad companies have to recruit for permanent employment,” Kauder told the newspaper Welt am Sonntag.

Asylum seekers from Kosovo and other parts of the Balkans have been a focus of German debates over migration since last year, when Bosnia, Serbia and Macedonia were categorised as ‘safe countries of origin.’

Last week German Social Democrat MPs called for work visas to be given to people from the western Balkans who are offered employment contracts in Germany that pay above minimum wage (€1460 per month).

Critics argue that it’s unlikely many people from the western Balkans would be given those contracts.

Bernd Mesovic, deputy director of German NGO Pro Asyl, called the proposal an attempt at relieving political pressure if some people who may otherwise apply for asylum are offered visas instead.

“Considering the size of the problem in Kosovo and Albania, that will only affect part of the society,” Mesovic told EURACTIV.

“The goal is to quickly integrate people into our work system who have a real chance to stay and whose qualifications are needed in the job market,” Volker Steinmaier, spokesman for Arbeitgeber Baden-Württemberg, told EURACTIV. Arbeitgeber Baden-Württemberg represents building, metal and woodworks, among other industries in the large southwestern state, where several manufacturers including Daimler are based.

Steinmaier criticised the current German procedures for strictly separating asylum seekers and other migrants on the job market.

A flexible system, Steinmaier said, “allows for a rejected asylum seeker to change into a work-oriented migration procedure when he’s already established himself on the job market.”

Instead, rejected asylum seekers are expected to leave the country.

That would partly solve the labour shortage in the country. Proportionally, Germany had the highest number of vacant jobs in Europe according to Eurostat.

Fuss over safe countries of origin

Kauder also told Welt am Sonntag, “People who come from Kosovo should be sent back home within one month.”

In recent weeks, MPs from Germany’s Social and Christian Democrat parties have said they want to slash the number of asylum seekers from western Balkan countries to relieve staff processing applications and make room in reception centres.

Foreign Minister Frank-Walter Steinmeier chimed in last Friday by calling for Albania, Kosovo and Montenegro to be added to Germany’s list of safe countries of origin.

Not all EU member states keep their own lists of safe countries of origin. Criteria for the lists differ, though countries labelled as safe are generally described as having a democratic political system that respects human rights. Asylum applications from these countries are only approved in rare individual cases.

National lists of safe countries of origin have attracted criticism for ignoring human rights abuses that sometimes affect parts of a population.

Mesovic said the calls to add more countries to the list “keep getting more absurd.”

“Kosovo is a state that isn’t even recognised as a state,” Mesovic argued.“These are states that have a very hard time changing their justice systems for a possible EU accession and are now supposed to be recognised as safe.”

Austria, Belgium, Luxembourg and the UK already recognise Kosovo as a safe country of origin. Last year, France’s migration board overturned a previous decision to name Kosovo and Albania as safe.

Kosovars were the top nationality among asylum seekers in France and Luxembourg in the first three months of this year, although more applications from Kosovo were filed in Hungary and Germany.

The European Commission is currently planning a revision of the asylum procedures directive that is set to include the first shared list of safe countries of origin for all EU member states.

A common European list might be a way to deflect some critique from within EU countries, according to Mesovic.

“It’s an attempt for EU countries to give each other legitimacy and protect themselves from criticism,” he said.

The European Commission argues that a shared list of safe countries of origin would speed up procedures for applicants from those countries, keeping them from spending long waiting periods in sometimes overcrowded reception centres.

“The existence of a safe country of origin list does not preclude an applicant from obtaining asylum if he or she fulfils the criteria set-out in EU and international rules. Such a list simply allows for a swifter procedure under the understanding that, given the context of a country on such a list, applicants are most likely not fleeing persecution,” said Commission spokeswoman Natasha Bertaud.

“There is enough evidence that the western Balkan countries are different. Some of them or all of them could be considered safe countries.”

Frontex states that the trend of many illegal crossings at the Serbian-Hungarian border is explained by rumors among the Kosovo population that France’s decision to remove Kosovo from the list of safe countries of origin would facilitate getting asylum in the EU country.