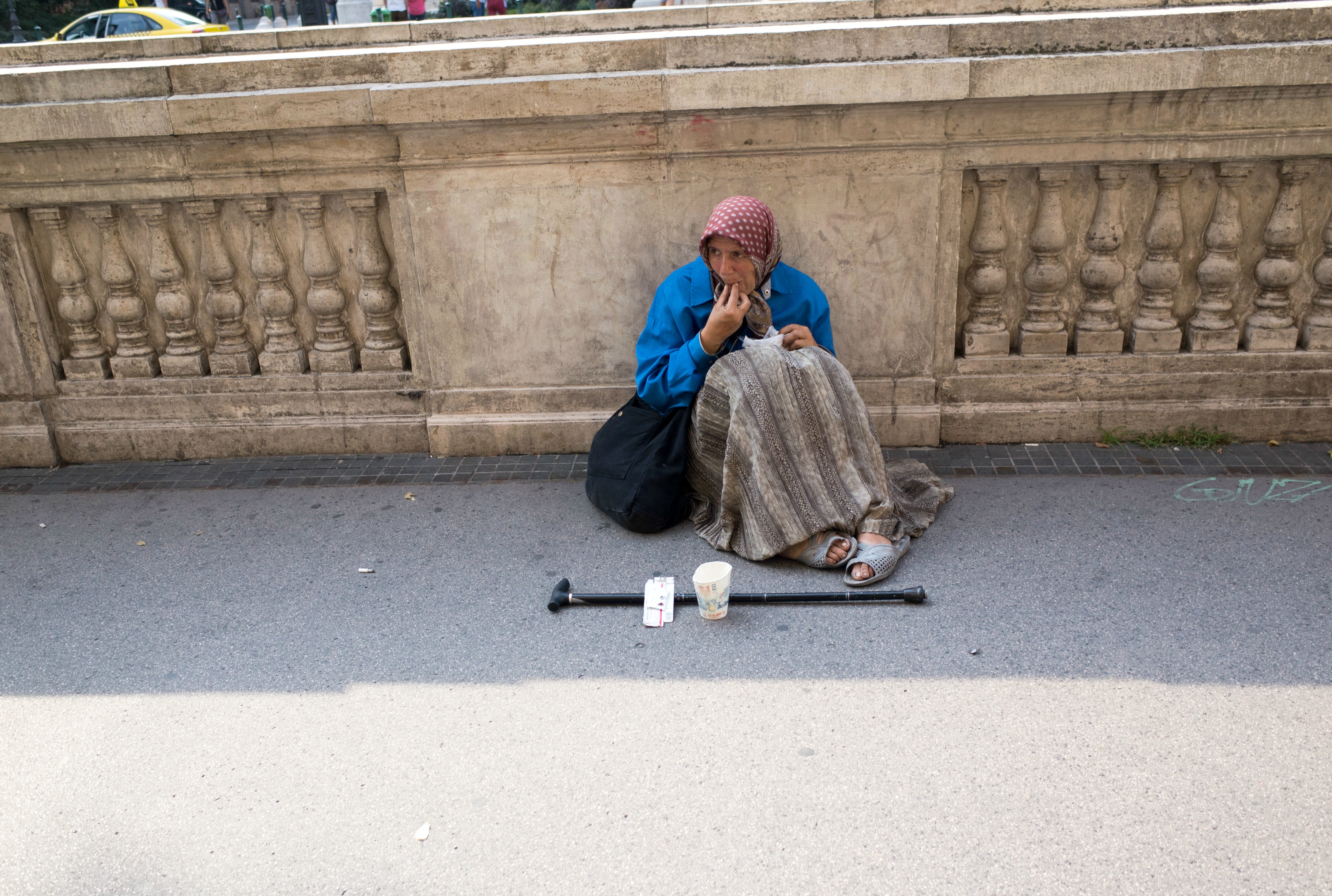 More Roma are evicted by the authorities in France than in any other EU country. [Joel Schalit]

There is no winter break in France’s shanty towns, where 300 Roma are expelled every week. In 2014, France evicted four out of five slum-dwellers; a higher proportion than in any other European country. EURACTIV France reports.

According to the Human Rights League and the European Roma Rights Centre (ERRC), France evicted 13,483 Roma people in 2014.

More than 90% of the evictions took place in the North and South-East of France. In some cases French authorities provided the Roma with rehousing but it covered far from everybody.

“Roma communities continue to be forcibly evicted without being adequately informed and consulted. They are often made homeless as they receive no alternative housing, including when evicted in winter,” said Marco Perolini, Researcher on Discrimination in Europe at Amnesty International.

“These practices are at odds with international standards on the right to adequate housing which are binding on France.”

French Prime Minister Manuel Valls was investigated in 2013 following controversial declarations on the Roma’s unwillingness to integrate into French society. “We all know that begging, theft and delinquency increase in proximity to these camps. […] The Roma would be better off going back to Romania or Bulgaria,” he said.

This is typical of the stigmatisation of the Roma in France.

Iasmina Dragomir, a young Roma, spoke of her experiences at a Paris press conference organised by the ERRC and the Human Rights League. She said “We have not done anything wrong, we are not dangerous, we just want to work and go to school”. The 21 year-old left Romania with her brother at the age of 14 to start a new life in France.

She now has a job, an apartment and a family; a life she could never have dreamed of in Romania, where discrimination against the Roma can be very severe. Iasmina Dragomir is outraged by the number of Roma evictions in France and the methods used by Mayors and law enforcers.

“Evictions continue to interfere with the education, social work, medical care, and job searches of those forced from their homes,” said ERRC. “Any efforts at integration are wiped out during such eviction.”

Although official statistics on Roma displacement are hard to come by, the Human Rights League network confirms that the French municipal authorities are the only ones to take such a hard line on Roma camps. Operations to dismantle the camps contravene the Council recommendations on Roma integration.

This text, published in 2013, recommends that member states introduce measures to “ensure that forced evictions are in full compliance with Union law as well with other international human rights obligations, such as those of the European Convention on Human Rights”.

Evictions are less common in Eastern European countries, but racism against the Roma runs deep. “In these countries, the discrimination is institutional,” said Manon Fillonneau, the human rights representative for ERRC.

In Hungary and the Czech Republic, “Roma children are often placed in schools for the mentally disabled,” she added. In 2013, “[Roma children] made up almost 30% of the pupils in these classes,” according to a press release by Amnesty International.

On 25 September 2014, the European Commission opened an infraction procedure against the Czech Republic for violating EU anti-discrimination law.

Iasmina Dragomir told the press that “at school, they asked which of us were gypsies and we had to stand up, go to the back of the class and let the Romanians sit at the front”.

In 2012, in Serbia, a community of almost 1000 Roma was evicted from a slum in Belgrade and re-housed in metal containers. In Romania, evicted Roma are often forced to settle near public waste sites.

Finland and Spain set the example for the EU

While France and other EU countries continue to marginalise the Roma community, some member states have developed successful integration policies. Since the 1970s, Finland has offered housing to the country’s entire Roma population, and Spain runs large-scale social integration programmes.

Following a visit to France, the Council of Europe’s Human Rights Commissioner said “an end needs to be brought to forced evictions from shanty towns, where these measures are taken without any lasting housing solution being provided, as this approach merely relocates and amplifies the problem. It is also essential to give priority to access for all Roma children to school. It is unacceptable that in a camp like the one I went to in Marseille, none of the 25 children who had been living there for nearly two years attended school.”

The answer is clear: re-housing the Roma people in a serious and sustainable way. With this in mind, the Human Rights League and the ERRC have highlighted the importance of securing shanty towns by providing access to water and electricity. Then, when the populations of these areas are stabilised, the slums could be cleared little by little, and families re-housed one at a time.

The EU has long been emphasising the importance of an improved integration strategy and has allocated billions of euros to the European Social Fund, but it has yet to put in place any binding initiatives. “Roma integration is above all the responsibility of the member states. The Commission has established the strategies and the legal framework, but its responsibility stops there,” a Commission spokesperson explained.

"Policies and practices targeting Roma communities with forced evictions violate the right to adequate housing, are discriminatory and contrary to EU anti-discrimination standards. The EU "Race Directive" [(2000/43)] prohibits discrimination on grounds of race and ethnicity in many areas of life including housing. The European Commission must ensure that national authorities do not target minorities with forced evictions. The Commission must take action, including by launching infringement proceedings, against states that continue to forcibly evict ethnic minorities."

The Roma are the largest ethnic minority in Europe, with a population of between 10 and 12 million. Around 6 million Roma live in the European Union, nearly half of them below the poverty line.

Victims of social exclusion, discrimination and prejudice, Roma people often have difficulty accessing employment, education, housing and healthcare. Brussels has made financial aid available to help the EU member states implement projects aimed at the Roma, but the states choose to move the problem on by expelling these populations, rather than investing in ways to integrate them.