"When almost half of the respondents state that they do not want to show their hand in public for fear and more than 20% keep their identity secret in the workplace, this must cause us great concern," said the federal commissioner for anti-discrimination, Bernhard Franke. EPA-EFE/OMER MESSINGER [EPA-EFE/OMER MESSINGER]

The outbreak of the COVID-19 pandemic has severely limited the celebrations of Pride Month. However, it may be necessary to pay attention to the LGBTI community given that discrimination based on sexual identity is not uncommon in Germany, according to several studies. EURACTIV Germany reports.

This month is Pride Month. In Cologne, which annually organises the largest parade in Germany, the “Cologne Pride” would have been held from 20 June under the motto “For Human Rights – Many. Together. Strong”. However, the coronavirus pandemic has now upset plans for the event.

According to an analysis published in May by the EU’s Fundamental Right Agency (FRA), 44% of LGBTI respondents in Germany were victims of discrimination last year on the basis of their sexual identity or orientation, higher than the EU-wide average of 42%.

“When almost half of the respondents state that they do not want to show their hand in public for fear and more than 20% keep their identity secret in the workplace, this must cause us great concern,” said the federal commissioner for anti-discrimination, Bernhard Franke.

In Germany, protection against discrimination based on sexual identity and orientation is enshrined in the General Equal Treatment Act (Allgemeines Gleichbehandlungsgesetz, AGG). However, there is “discrimination in all areas of life covered by the protection of the AGG,” a spokesperson for the ADS told EURACTIV Germany.

At 43%, the proportion of those who claim to hide their sexual or gender identity for fear of being discriminated against is also alarmingly high. In May, Foreign Minister Heiko Maas expressed concern about the findings: “This must shake us all awake”. 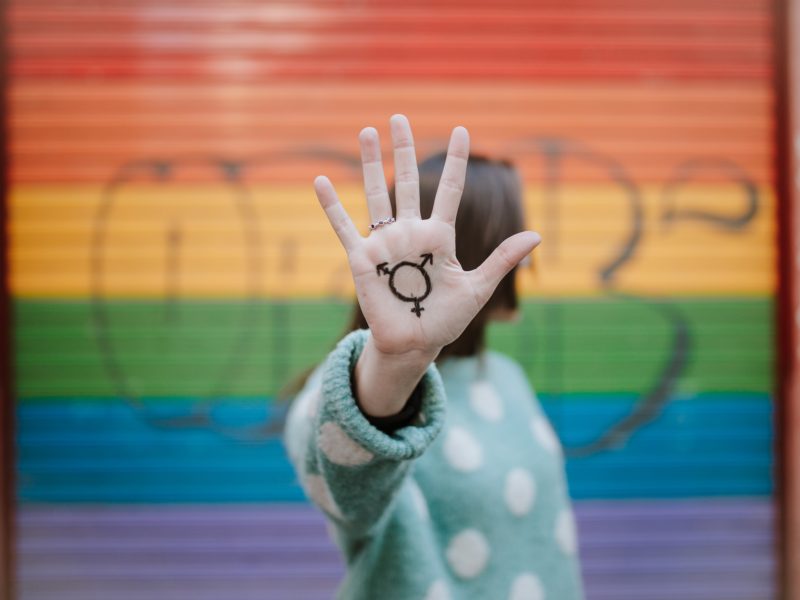 Number of violent crimes is rising – not only in Germany

The authorities are particularly concerned about an increase in crimes against the sexual orientation of victims. According to a report by the country’s interior ministry on hate crime, about 600 such crimes were registered last year – a quarter of which were violent crimes. This represents a 64% increase over the previous year.

This puts Germany in the company of its neighbour France, where the number of homophobic and transphobic crimes also rose significantly last year. According to France’s interior ministry, almost 2,000 crimes against members of the LGBTI community were registered.

However, the number of unreported cases is likely to be significantly higher, especially in Germany. According to the FRA survey, less than one in ten had reported their experiences of discrimination to a counselling centre or anti-discrimination authority.

The ADS sees a “clear need for action” on the part of the federal government – for example, by reforming the AGG and strengthening the authority, in the hope that those affected would be encouraged to “go the complaint route”. 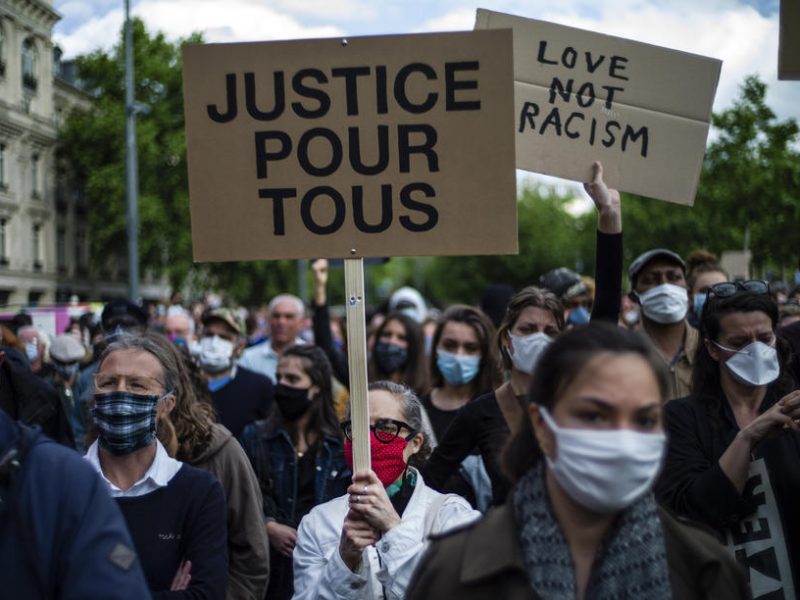 Saturday (20 June) will mark the 50th anniversary of the LGBTI Pride traditions. However, the pandemic has not only had an impact on Pride Month celebrations.

According to the community, LGBTI representatives have been particularly affected by the loss of support and advisory services. The economic existence of many institutions of the scene and community meeting places is also threatened due to the coronavirus restrictions.

According to a survey by the Münster University of Applied Sciences and the Berlin Charité, asexuals and transmen, in particular, suffer from increasing loneliness due to the restrictions of public life. Another survey on the effects of the coronavirus pandemic on transmen in German-speaking countries also revealed that operations had to be postponed as a result of the pandemic.

“The problems are obvious,” said European Commissioner for Equality, Helena Dalli, when the LIBE Committee discussed the consequences of the coronavirus crisis for LGBTI last week.

It is also clear that in several European countries the rights of LGBTI have been severely restricted in recent months, said Doris Achelwilm, the spokeswoman for equality and queer policy of the Left parliamentary group in the Bundestag, who called on the German government to make the situation of LGBTI in Poland a priority of the German EU Council Presidency.

The German ministry for family affairs, senior citizens, women and youth (BMFSFJ) told EURACTIV Germany that the government is planning to hold a conference on intersectionality and LGBTI in Europe as part of the Presidency.

EU Commissioner Dalli also assured last week that she would follow developments in Poland and Hungary “to the extent necessary” and would not shy away from initiating infringement proceedings.

In Germany, various initiatives are now aimed at improving LGBTI’s protection against discrimination. On Friday (19 June), the Bundestag will for the first time discuss a draft bill introduced by the Greens to strengthen the self-determination rights of transsexuals.

“It would also be of central importance to include sexual identity in the ban on discrimination in Article 3 of the Basic Law,” said an ADS spokesperson.