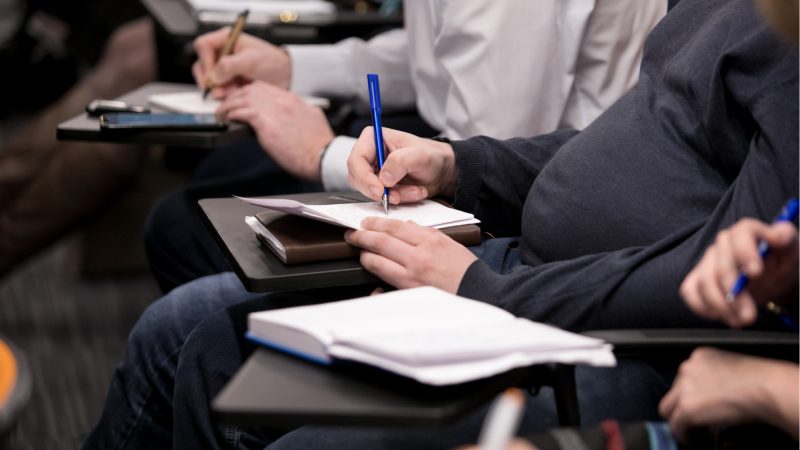 For many decades, people with a history of migration were considered an exception in editorial offices. Fortunately, that has changed. Nowadays, migrant journalists are increasingly visible as columnists, news anchors or moderators.

However, a recent study by the Reuters Institute for Journalism Research, examining the composition of editorial boards of the most important online and print media in various countries, produced sobering results.

Editors-in-chief of 100 online and print media in various countries were examined for their composition last year, including in Germany, Sweden, and the UK.

According to the study, none of the major media companies in Germany and Great Britain have a non-white editor-in-chief.

In addition, all three countries lack journalists who do not come from urban contexts and journalists whose families are workers or economically disadvantaged.

In Germany and Sweden in particular, media workers with a migration background are underrepresented – the editors-in-chief cited a lack of language skills or an insufficient educational background as reasons.

The picture across most European newsroom is similar.

European Commission vice-president Věra Jourová has told EURACTIV that under-representation of people with a minority racial or ethnic background in the media, including in newsrooms themselves, remains a problem that needs to be addressed, and the European Commission is ready to help with funding.

“The Commission will also support these efforts with funding, for example with the Creative Europe program where we have for the first time a dedicated envelope for media pluralism and media literacy,” she said. 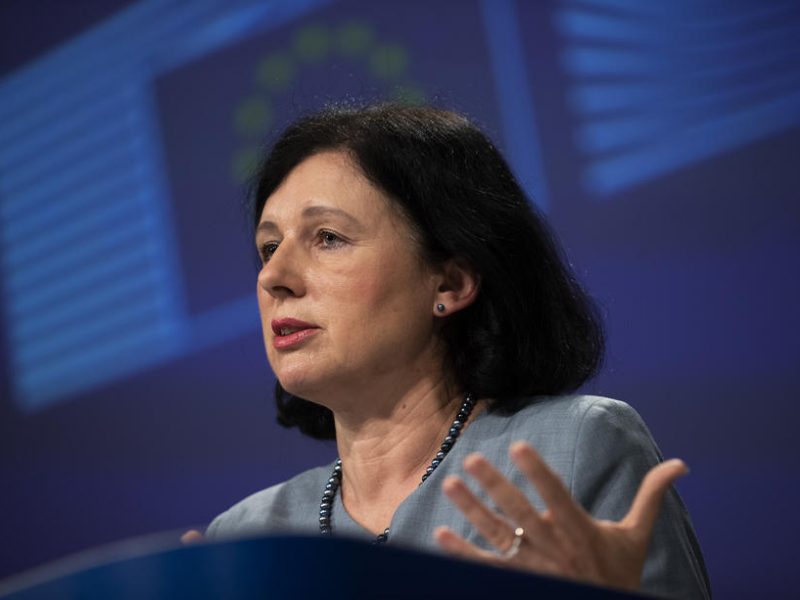 The under-representation of people with a minority racial or ethnic background in the media, including in media newsrooms themselves, remains a problem that needs to be addressed, and the European Commission is ready to help with funding, Commission vice-president Věra Jourová told EURACTIV in a written interview.

At the same time, asked about progress in diversifying European newsrooms, Jourova said the Media Pluralism Monitor is “collecting data and intelligence on how the situation evolves” so that the Commission can have a comprehensive picture.

“The Monitor clearly shows there is homework for all of us, at European and national levels, and for the sector itself,” she said.

However, there have been few valid surveys so far to provide information about the composition and level of diversity of European newsrooms.

Experts believe that as long as editorial offices have no statistics on the background of their colleagues, it is difficult to talk about concrete measures to promote diversity or inclusion.

At the same time, very few media companies actually show interest in collecting data on in-house diversity or dedicating themselves to a quota.

“Media organisations that don’t keep metrics, not even internal ones – on the composition of newsrooms and staff or content and experts – you can bet that they don’t do a great job on diversity,” said Alexandra Borchardt, a senior research associate at the Reuters Institute for the Study of Journalism at Oxford University.

Borchardt, who recently authored recommendations for the European Federation of Journalists (EFJ), doesn’t believe most of Europe’s newsrooms would pass the diversity test.

Her report includes ten recommendations for newsrooms to be more diverse, to enable them to identify talent and reflect the society they are reporting about.

“There are more and more algorithms, and I strongly recommend newsrooms to develop their own algorithms. That makes sure that certain topics are brought to people’s attention,” Borchardt said, citing the approach by the Swedish Public Radio, which is developing an ethical algorithm aimed at making sure content is more diverse.

“Editors, just like people, can be biased, and algorithms can make at least suggestions for variety and diversity – that’s also a way to battle stereotypes,” she added.

At the same time, Borchardt believes that in many European media organisations recruitment practices have to change.

“If you’re recruiting talent, you have to make sure you recruit a mix of talent and particularly in journalism, people were used to get applications of highly qualified candidates they could pick from and they didn’t think much about representation in the newsroom – this has changed quite a bit,” she said.

“But if you hire diverse candidates, and you don’t change anything to the culture, then diversity won’t have any impact on, for example, the programme or content,” Borchardt added.

According to her, media organisations often also fall into the minority-journalist-trap.

“If you let minorities write only about their own communities all the time, then this perpetuates stereotypes, and also doesn’t take them and their interests and needs seriously,” she added.

For many experts, the BBC, which draws up dedicated diversity plans and transparently monitors and develops them, is seen as a role model.

“Looking at the BBC is really interesting because I think they are really ahead of the curve in many respects, and in terms of integrating diversity and also discussing it,” Borchardt said.

Renate Schroeder, director of the European Federation of Journalists (EFJ), said there is “no consensus on whether a quota would be the right thing”.

Asked whether financial incentives could change behaviour in the sector, especially in private media, she said it is unlikely as one could not force organisations to commit to diversity.

“They have to understand that diversity is also about audience engagement. It’s so important to build trust, because what we see at the moment, media is not taken seriously,” Schroeder said.

One example would be the fake news debate in the US, where liberal media are seen as the enemy because they are principally white, middle-class and of Anglo-Saxon background, and not reflecting other parts of society.

“Of course, it’s the ethnic background, it’s the gender, that makes a difference. But it’s also the social background of journalists. Most journalists are coming from a middle-class background,” Schroeder said.