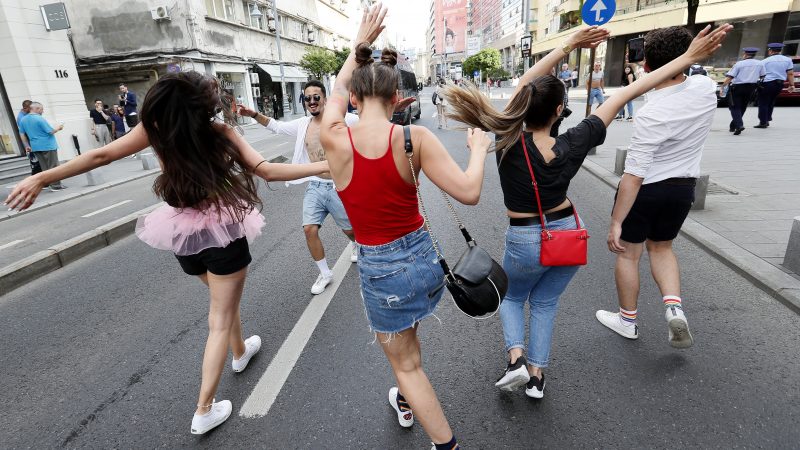 Europe’s top court on Tuesday (1 June) condemned Romania for having failed to either prevent or prosecute the disruption by far-right protesters of a film screening held by an LGBT group.

The European Court of Human Rights (ECHR) ruled that Romania had violated the rights of those people who attend the event as well as the group that organised it.

In February 2013, around 50 protesters burst into a Bucharest cinema where the Accept LGBT rights organisation had put on a screening of the American film “The Kids Are All Right”.

The film, which features Annette Bening and Julianne Moore as a lesbian couple raising teenage children, won plaudits for its sympathetic portrayal of family with a gay couple at its heart.

The protesters, allegedly carrying flags and symbols associated with the far-right Noua Dreapta movement, shouted homophobic insults and slogans such as “Death to homosexuals”.

Despite complaints filed by several of those who had attended the event, the Romanian courts never prosecuted anyone for the incident.

Responding to a complaint filed by Accept and five of those who attended the screening, the ECHR found in their favour.

The authorities, had “failed to offer adequate protection” or to “effectively investigate the real nature of the homophobic abuse directed against them”, it said.

Those affected by the incident had therefore “suffered discrimination on the grounds of their sexual orientation”.

Police failed to properly investigate the incident, said the ruling, noting that officers’ reports on the incident had not even mentioned homophobia.

The ruling also described how officers had “entered the room, confiscated some flags from the intruders and then left the room, despite the organisers’ request to remain”.

The court ordered the Romanian authorities to pay damages of €7,500 to Accept and €9,750 to each individual complainant, as well as their legal costs.

“For the first time, the ECHR has noted that the Romanian authorities have not fulfilled their legal obligations because of their bias against the LGBT community,” the group’s lawyer, Iustina Ionescu, said in a statement.

In Romania, homosexuality was only decriminalised in the early 2000s, and members of the LGBT community still face widespread discrimination and stereotypes.

In 2018, it backed a referendum to restrict the definition of marriage to exclude same-sex unions. The attempt failed after turnout fell below the 30% threshold required for its result to be valid.