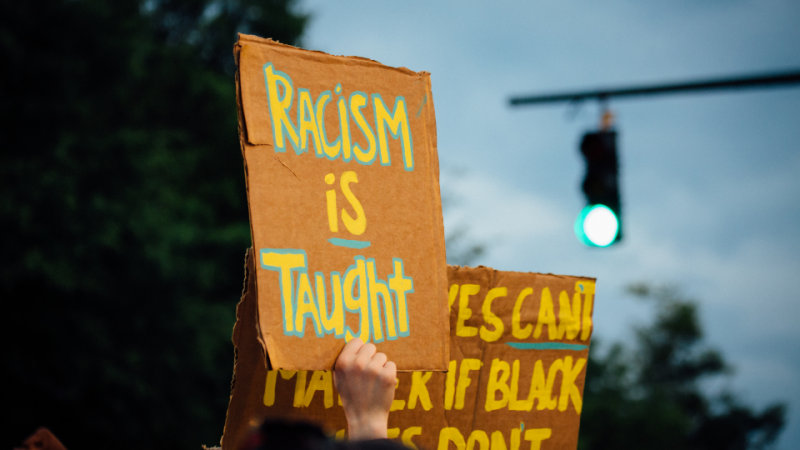 Following the worldwide comeback of the Black Lives Matter movement, both the UN and the EU stepped up their Anti-racism work. [Kelly Lacy]

The EU Anti-racism Action Plan dovetails with the United Nations’ report on racial justice, according to experts. Yet, what is still needed is an integrated approach on how to put them into practice without national governments evading accountability.

During the Fundamental Rights Forum on 11 October, the first EU Anti-racism coordinator, Michaela Moua, said the plan aligns very well with the June report by the United Nations High Commissioner for Human Rights’ (OHCHR) on racial justice and equality.

“It is not yet normalised that there are black Europeans that have been living in Europe for centuries”, added Moua. According to her, the two documents aim to shift the narrative and show people that this is possible.

“The OHCHR report comes at a very timely moment, considering the impact the topic of racism had on a lot of people on a global level”, said Fadzi Wahnde, Senior Adviser at OHCHR. “We need to have a look now at how it can help us build a more inclusive Europe, in particular for people with African descent.”

First, the report presents racism as a structural and systemic problem that affects people’s everyday lives. “This is the most dangerous kind of racism,” said Moua, since it affects people’s ability to access jobs or healthcare,  and in some cases leads to violence.

Secondly, the report sheds light on national action plans, which is something that she is also working hard on. “Member states have an important role to play in creating change on the ground,” said Moua.

Lastly, the OHCHR report also highlights the crucial role of data collection for making informed policy choices on the topic and to overcome the broader denial of systemic racism. To this end, the European Commission has recently published a guidance note on how to collect equality data based on racial or ethnic origin.

“One of the most important aspects about the OHCHR report is conceptual, in that it writes down the culture of denial of systemic racism for a global audience”, highlighted Dominique Day, Chair of the UN Working Group of Experts on Persons of African Descent.

According to her, the report shows that the issues facing people of African descent arise irrespective of the development level, wealth or power of a country. Instead, they are a common feature in our modern global society.

“Governments are offended at us speaking almost word for word what we hear and we are often asked to say things in a way that is more susceptible to evading accountability,” said Ms. Day.

Following the killing of George Floyd and the comeback of the Black Lives Matter (BLM) movement, the UN Human Rights Council adopted resolution 43/1, designed to protect people of African descent from discrimination and police violence.

In June 2021, the High Commissioner for Human Rights, Nada Al-Nashif, presented her report on the topic, which included a four-point agenda on transformative change of racial justice.

The High Commissioner pointed out that the report showed a very broad evidence base of discrimination against people of African descent in almost every part of life. One of the reasons for this, according to her, is that no single state has fully accounted for their colonial past and its persistent impacts on people today.

The EU Action Plan also highlights this connection to colonialism, stating that “prejudices and stereotypes can […] be addressed by acknowledging the historical roots of racism. Colonialism [is] embedded in our history and [has] profound consequences for society today.” It calls on the EU to ensure that remembrance is included as an important part of encouraging inclusion and understanding.

This article is part of the MINDSET project, co-financed by the European Commission (DG JUST) through the REC Programme. Find out more about MINDSET and our content on non-discrimination in Europe by checking out our website.