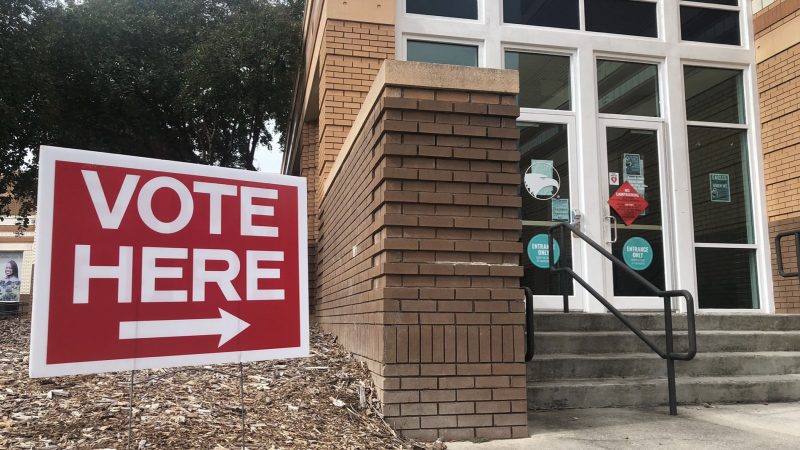 The court also ruled that voters with disabilities do not have to cast secret ballots.

Iztok Mrak is one of two Slovenian applicants in the case. After he turned 18 and was eligible to vote in Slovenia, his use of a wheelchair made it difficult to enter his local polling station.

Voting was held inside an elementary school, with “a high curbside, a fence and steps at the main entrance to the school,” Mrak said in a written statement to EURACTIV. So instead, he was asked to vote on the sidewalk, under the supervision of an election official.

“Each time I voted, one of the members of the electoral commission had to bring the ballot paper and the ballot box to the street,” Mrak said. “Therefore, I had no privacy while casting my vote like other people have.”

Local and national election commissions in Slovenia later said that Mrak could enter the building through a back entrance. But when he arrived at the school, Mrak was met with a steep, narrow ramp at the back of the building, usually used for rubbish bins.

He had to wait outside for a passerby to help him up the ramp.

“I was scared and humiliated,” he said.

The ECHR found no violation of accessibility or differential treatment in this instance, emphasising that the issues “do not appear to have produced a particularly prejudicial impact” and have not “reached the threshold of discrimination.”

“Each voter should come to the polling station through the main entrance — it’s all about equal opportunities,” Mrak said.

The other applicant in the 26 October case, Franc Toplak, died in 2019, and his nephews continued the case in his honour. It was first brought to the Slovenian Supreme Court, which ruled in 2016 that voters could only request accessibility measures after an election ended.

The ECHR then ruled that voters should “have at their disposal an effective remedy” for accessibility issues before the election period.

Franc had muscular dystrophy and could not hold a pen for the last two years of his life. He was able to vote via assistive voting technology, which was introduced in Slovenia in 2006 and abandoned in 2017. Now, Slovenian voters are provided with cardboard stencils, which voters say are only reasonable for smaller elections.

Franc’s family argued that persons with disabilities should be provided with electronic voting machines used in countries across the world. The ECHR ruled that instead, the voter must disclose their voting intention to a family member, who will fill out the ballot on their behalf.

This is unacceptable, said his nephew Jurij Toplak, because voting is personal and should be secret.

“Sometimes the hardest thing is for them to disclose [their vote] to their family, who they depend on most,” Toplak said. “Because persons with disabilities, many of them cannot take a shower or go to the bathroom by themselves, so they sometimes hide their most personal feelings.”

“We feel that we are second class citizens [to] the ECHR,” Kamenik said. “Everyone means everyone, and the state should assure the possibility to cast a secret ballot to everyone.”

Kamenik has filed his own case with the ECHR regarding secret ballots. He worries that the court will reject it, based on the 26 October ruling. Kamenik does not have any family members to help him vote.

Janos Fiala, an international disability law lecturer at the National University of Ireland, Galway, said that the European courts had made a series of regressive decisions regarding the rights of persons with disabilities in the past year. The 26 October ruling is just one example.

“The [ECHR] is taking a step back and saying that it’s up to the government to choose, in terms of accessibility or individual accommodations, whatever they think is best or the most feasible,” Fiala said. “It’s not up to persons with disabilities to choose the option which serves their needs the best.”

The UN Convention on the Rights of Persons with Disabilities (CRPD) states that persons with disabilities must be guaranteed “equal participation in political and public life,” including the right to vote and hold office. All UN member states have agreed to follow these standards, but European countries often defer to the ECHR.

Marine Uldry, a Human Rights Officer for the European Disability Forum, said the ECHR should have set higher standards. However, she hopes that individual countries will take steps towards accessibility on their own.

“If a country wants to call itself democratic, it needs to invest in democracy,” Uldry explained. “Until all people can vote, it’s not a fully democratic process.”