The declaration, agreed at ambassador level on Wednesday (2 December), states that “anti-Semitism, in any form, is and must remain unacceptable and all steps must be taken to counteract it, including, where necessary, through legal measures at the European level”.

“The member states of the European Union support policy initiatives at the European level that aim to combat incitement to anti-Semitic hatred and acts of violence, as well as the dissemination of anti-Semitic conspiracy myths online,” it adds.

The text will be formally adopted at next week’s European Council summit on 10-11 December.

Anti-Semitism, as well as prejudice and discrimination against Muslims and other religious groups, and Chinese people, has increased in the wake of the COVID-19 pandemic, in part because of the proliferation of conspiracy theories about the spread of the virus.

Michael O’Flaherty, director of the EU Agency for Fundamental Rights, has warned that “if Europe keeps on failing its Jewish community, it risks losing it”.

There also appears to be a growing divide in perception on levels of discrimination in the EU. A recent Eurobarometer found that 36% of the general public think that anti-Semitism is increasing, while an FRA survey of Jews revealed that almost 90% of Jewish respondents have this view. 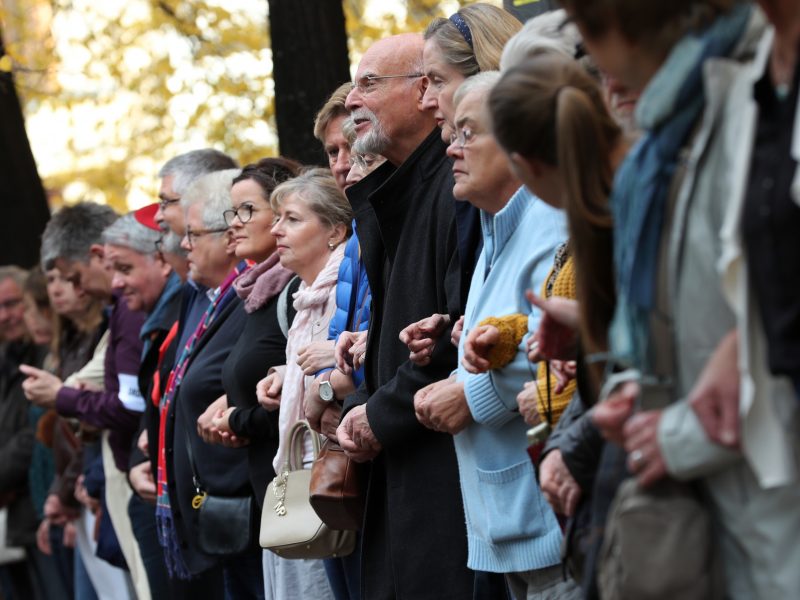 COVID-19 has fuelled anti-Semitism in Europe. We need to take it seriously or risk losing the Jewish community, writes Michael O’Flaherty.

Tel Aviv University has reported an 18% increase in anti-Semitic hate speech online in 2020, and the EU leaders’ declaration calls for tougher enforcement and punishment of such crimes

The declaration states that “crimes committed online should be punished just as crimes offline are and must be adequately addressed by means of effective prosecution and other measures”.

“Illegal hate speech and terrorist content online must be removed promptly and consistently by internet service providers, in according with the relevant legal and non-legal framework,” it adds.

It also calls for the systematic collection of data on antisemitic incidents so as to “develop, implement and monitor progress on tailored comprehensive strategies and education instruments,” and for increased Holocaust education as “one of the most important tools to prevent antisemitic prejudices”.

“Europe has a serious and terrifying anti-Semitism problem, and it’s high time that the European Union, its member states, and local authorities direct real resources to it,” he added.

Felix Klein, federal government commissioner for Jewish life in Germany and the fight against anti-Semitism, described the declaration as a “real milestone”.

“Anti-Semitism is an EU-wide phenomenon. To counter it effectively, we need an appropriate set of European instruments and a sufficient basis,” added Klein.