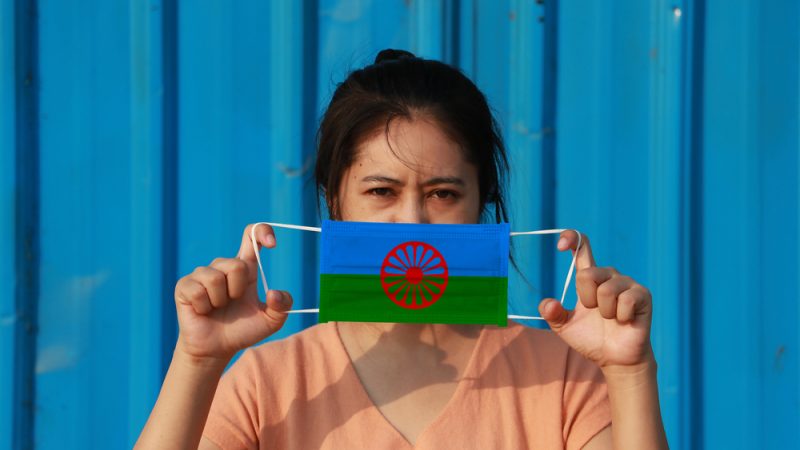 Europe’s Roma communities will be at increased risk unless European countries speed up vaccination and design targeted support as the fourth COVID-19 wave and new lockdowns take hold in Europe, experts say.

Zeljko Jovanovic, director of the Open Society Roma Initiatives Office, told EURACTIV that conditions for Roma are likely to deteriorate.

“I think they will be worse because the negative consequences of the first wave have accumulated,” he said.

In the first months of the pandemic, Roma faced increased institutional racism and discrimination. Hate speech and disinformation also targeted Romani people, who were often blamed for spreading the virus.

In some countries, like Romania, Slovakia, and Bulgaria, there were quarantines targeting Roma-majority areas, according to Jonathan Lee, a Romani activist working at the European Roma Rights Centre (ERRC).

“I wouldn’t be surprised if that happened again, particularly if people would follow this example of lockdowns for the unvaccinated. It could be very easy to apply this on an ethnic basis to Roma communities,” he said.

She explained that social workers would now be able to design targeted support, while during the first wave, they were not allowed to reach Roma communities to deliver essential services.

The situation was already dire before the pandemic for these communities, with 80% living in overcrowded settlements and 30% lacking access to tap water.

Moreover, underlying medical conditions left them more vulnerable to COVID, while lack of digital tools and skills cut most children off school.

“How can you access digital learning if you don’t have electricity, let alone wifi?” Lee said, adding that a whole generation of Romani children was unable to access classes.

As a result, many young Roma dropped out of school in several countries, including Italy.

“There has been one year and a half of isolation from school for many, many children,” said Carlo Stasolla, president of Associazione 21 Luglio, an Italian non-profit organisation helping marginalised groups.

Although classes resumed last September, “going back to school has been difficult and not all children who were attending before went back afterwards,” he said.

According to Stasolla, the prevention measures put in place, although necessary, have caused more damage than COVID itself.

“These groups of people are even more excluded, more marginalised from the city life than before.”

Another element of exclusion is the COVID certificate, as most Romani people have not been vaccinated so far.

Vaccine hesitancy among Roma was already widespread before COVID due to their general distrust of medical authorities. Then, a 2020 survey by the Fundamental Rights Agency, found that many Romani people reported being discriminated against when accessing healthcare.

“If your only experience with the state and the medical personnel is discrimination, terror, abuse, why would you suddenly trust them when they say you need a vaccine?” Lee said.

Although the European Commission’s guidelines on vaccines call on countries to prioritise vulnerable groups, only Slovakia has put in place a vaccination strategy for Roma communities.

On top of this, anti-vax propaganda discourages people from getting the jab, especially in Central and Eastern European countries, like Romania and Bulgaria, where most Roma live.

Fighting vaccine disinformation in these countries is not only crucial as a “collective defence against the virus”, but also for the economic recovery, Jovanovic told EURACTIV.

“If Europe wants to recover from the financial crisis, Roma are certainly part of the solution,” he said.

However, recovery plans fail to address the informal economy, a sector where most Romani people work.

In his view, securing equal opportunities, skills and jobs for Roma is not “a matter of charity” but a matter of investment in the labour force.

Szabolcs Schmidt, head of the non-discrimination and Roma coordination unit at the European Commission, believes investing in education and employment is critical.

Schmidt expressed concern about the growing number of young Roma who are not studying or working, a trend that COVID has uncovered and further exacerbated.

“It’s crystal clear we have to do something against it if we want to avoid problems in the long run,” he said.