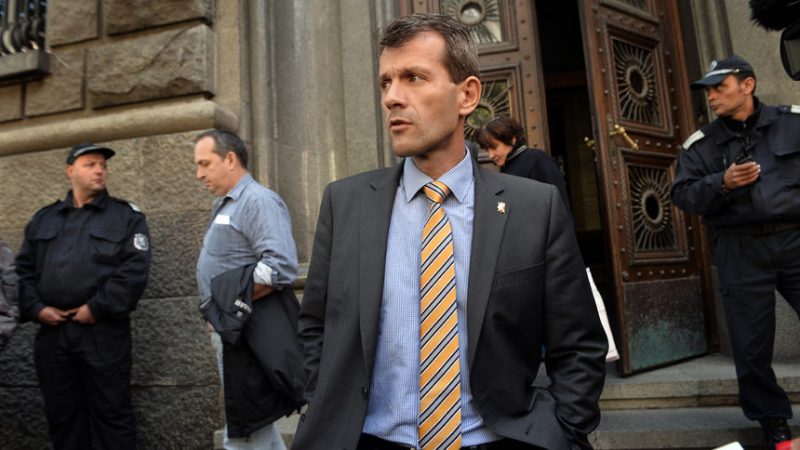 File photo of Boyan Rasate, founder and leader of the far-right Bulgarian National Union, who is one of the candidates in the 14 November presidential election. [Capital/Nadezhda Chipeva]

Eleven foreign ambassadors in Bulgaria condemned on Monday (1 November) a weekend attack on an LGBTQ community centre that activists said was led by a nationalist candidate in the 4 November presidential vote.

The attack against the Rainbow Hub was “senseless”, the embassies of the United States, Australia, Belgium, Canada, Denmark, France, Ireland, the Netherlands, Portugal, Spain and the United Kingdom said in a joint statement, adding they “strongly condemn” the 30 October incident.

Shocked to see results of senseless attack on Sofia’s #RainbowHub. UK 🇬🇧 stands with LGBTI+ people 🏳️‍🌈 right around the world. All people have the right to be themselves, and love who they want, free from violence and hatred. pic.twitter.com/HkvfvEd7CO

A group of about 10 men and women stormed the centre on Saturday, while a meeting there was under way, hitting one of the employees in the face and vandalising the space, the Bilitis Foundation that runs it said in a series of tweets.

Our office and LGBTI community center in #Sofia – Rainbow Hub, was attacked tonight during a #trans community gathering. The leader of the attack Boyan Rasate is well known for his LGBTI-phobic actions and statements, and is currently running for President in #Bulgaria (read ⬇️) pic.twitter.com/StwibomFGL

“The leader of the attack, Boyan Rasate, is well known for his LGBTI-phobic actions and statements, and is currently running for President in #Bulgaria,” the foundation charged.

The envoys visited the centre on Monday to express their “solidarity”.

The identity of the attackers was neither confirmed nor denied by police, who said only that they had opened a probe into the incident.

Speaking to Nova television, Rasate also refused to say if he was among the attackers but lashed out against LGBTQ-rights organisations for “corrupting minors”, adding they should “not be surprised that this has happenedл

None of the other candidates running in the 14 November presidential election has commented and the incident passed largely unnoticed.

A protest was planned for Monday evening outside the office of the chief prosecutor to press him to punish the attackers.

#Bulgaria: Protesters will rally in Sofia after presidential candidate and self-proclaimed National Socialist Boyan Rassate was accused of leading an attack on a LGBT community centre. #България #избори2021 #Elections2021#ПрезидентскиИзбори2021https://t.co/EH39sYM1MV

The prosecutor’s office reacted following the envoys’ statement, saying late on Monday that it had demanded a lifting of the immunity of someone it identified only by the same initials as Rasate’s name.

Enough evidence was collected to charge him for “acts that grossly violate public order”, the office said. The crime risks a jail sentence of up to five years.

Rainbow Hub recently presented a petition to parliament signed by 8,000 people to demand criminalisation of hate crimes as at present they are not included in the Bulgarian Penal Code and courts treat them as acts of hooliganism. 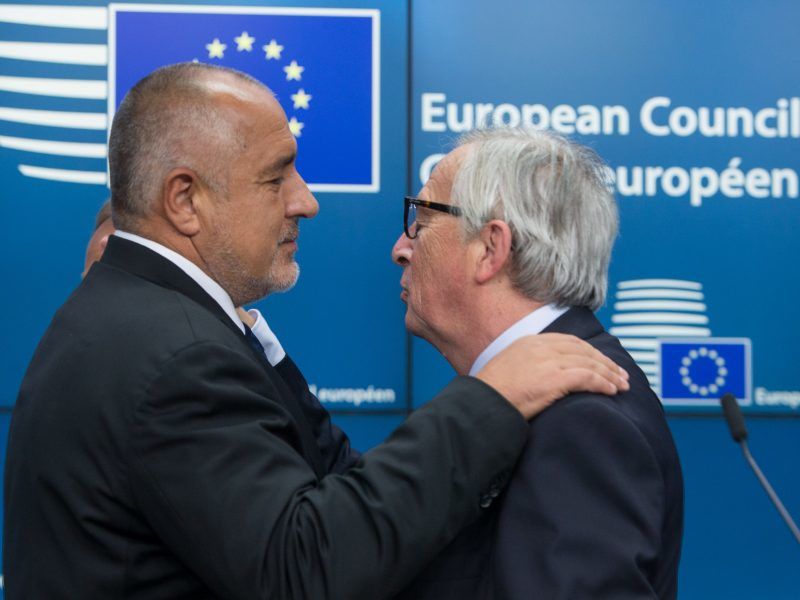