The issue of ethnic profiling is felt to be a major issue for relations between citizens and the police across Europe. While 41% of black people are checked because of the colour of their skin, young black and North African people are checked twenty times more than the rest of the population, data is still lacking. EPA-EFE/YOAN VALAT

Toublon, the justice minister under former French president Nicholas Sarkozy, calls himself the “deminer of discrimination”.

However, he will leave his post as president of the institution on 16 July at a time when the issue of racial discrimination, particularly on the part of the police force, is driving a complicated debate in France.

Toubon has highlighted the repeated attacks on human rights in France. However, the assassination of George Floyd in Minneapolis has brought to the forefront the issue of discriminatory police violence, which is also present in France.

A demonstration by more than 20,000 people at the beginning of June, which mobilised associations defending human rights and raising awareness, led French Interior Minister Christophe Castaner, to take unprecedented measures.

“No racist can wear the uniform of a policeman or gendarme with dignity,” Castaner told a press conference. “I have, therefore, asked for a systematic suspension to be considered for every suspicion of racist acts or statements,” he added. 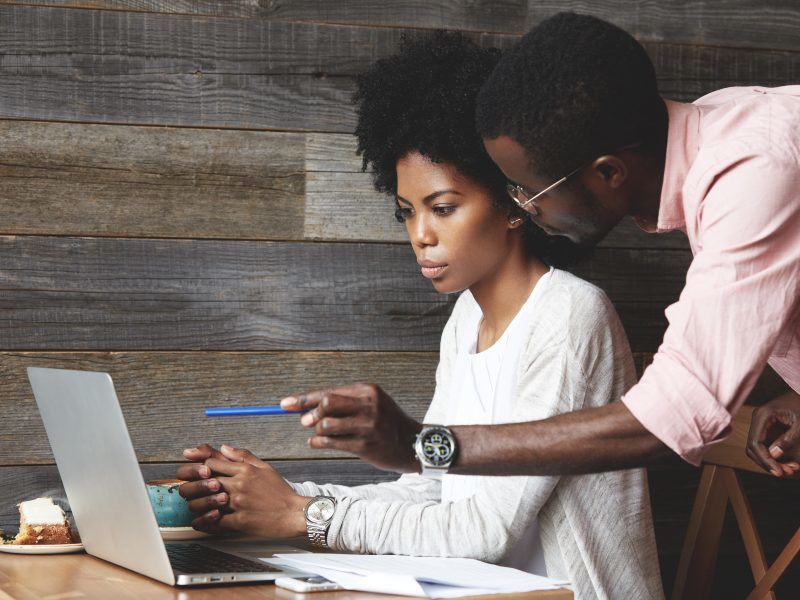 People of African descent born in Europe face systemic racism in the EU, stated a report by the European Union Agency for Fundamental Rights. Moreover, European institutions are struggling to lead by example. EURACTIV France reports.

The minister’s statement provoked a strong reaction from police unions, supported by the radical right.

Yet the regular discriminatory treatment of police forces is documented by numerous testimonies and investigations, such as the one carried out on social networks by the Streetpress site, which revealed the existence of a group of racist police officers on Facebook.

However, the lack of statistics based on ethnicity is limiting the possibilities of seriously documenting the phenomenon.

Still, the Defender of Rights highlighted several episodes of systematic discrimination, including the treatment of young people in Paris’ 12th arrondissement, who were systematically harassed by the police, as documented in another report by the institution, for several months in 2015.

Since then, the state has been condemned by the Court of Cassation, France’s top court, that relied, in particular, on “studies and statistical information produced on the frequency of identity checks carried out, on discriminatory grounds, on the same category of the population belonging to ‘visible minorities’.”

What French associations call “facial control” is a major problem in France and the issue of ethnic profiling is felt to be a major issue for relations between citizens and the police across Europe.

In a major 2018 survey, the EU’s Fundamental Rights Agency (FRA) found that 30% of black people were victims of racism, while 24% of those surveyed were stopped by the police in the five years prior to the study. The FRA had interviewed 5,800 Europeans of visible African descent.

At a seminar organised in autumn 2019, of which a report has only just been published, experts from the FRA and the French Human Rights Defender spoke out against the lack of information on the subject, but also considered possible solutions.

For instance, the city of Fuenlabrada near Madrid has set up a system where those checked by the police receive a receipt. While the mechanism has seriously reduced the number of facial checks, it has also improved the effectiveness of the checks carried out.

In 2019, the Defender of Rights presented observations before the Paris Labour Court (Decision 2019-108) concerning the situation of 25 Malian workers without residence and work permits.

In its judgement on 17 December 2019, the industrial tribunal acknowledged that the ill-treatment of these workers was the product of “racial and systemic” discrimination, which was hailed by the institution as a major step towards acknowledging discrimination.

Since its creation, the activity of the Defender of Rights has increased by 40%, and in 2019 it handled more than 100,000 cases and approximately 50,000 telephone calls.