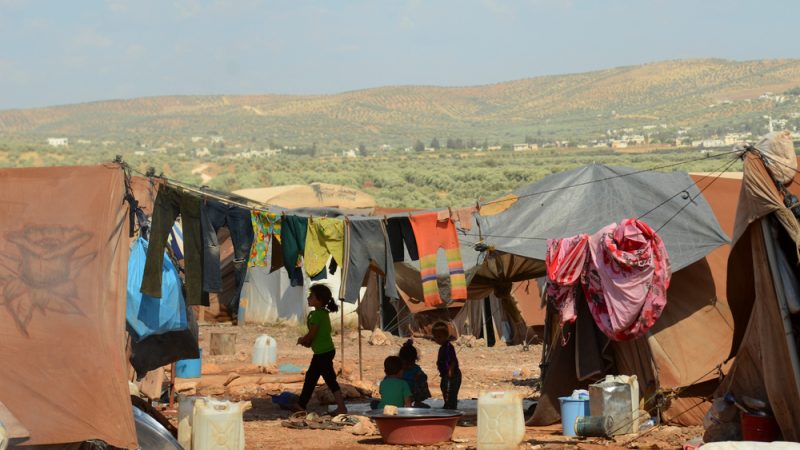 There are an estimated number of 645 European children and 231 European women in Syrian camps. [Wirestock Creators/Shutterstock]

France and the EU should help organise “emergency” repatriation of French and other European women and children stuck in Syria before winter sets in, a French delegation said upon return from a mission to northeast Syria, where they met with Kurdish authorities.

“There are an estimated 200 children and 80 women of French nationality in the camps in north-east Syria”, Simon Foreman, chair of the emergency sub-committee at France’s National Consultative Commission on Human Rights (CNCDH), told EURACTIV in an interview.

From 30 October to 3 November, Foreman took part in the mission to the Rojava region in Syria, conducted jointly with the Conseil National des Barreaux, the association Avocats Sans Frontières (ASF) France, and MP Hubert Julien-Laferrière.

The four members of the delegation could not visit the camps as they had hoped. But back in France, they called on the government to take action.

“Abandoning these children is contrary to French law. The best interests of the child must take precedence over all other considerations,” Foreman argued.

Since the fall of Baghouz, the last bastion of the Islamic State, two years ago, Paris has been pursuing a case-by-case repatriation policy. This policy is considered insufficient by the Kurdish authorities, who want a “clarification of the French position”.

Thirty-five children have been repatriated to France since 2019. Two-thirds of them were orphans and one third were children whose mothers had agreed to separate.

While the French case-by-case strategy is not “easy to decipher”, these figures help “to guess the interpretation by the French authorities of the case-by-case approach,” Foreman said.

Living conditions in the camps are catastrophic, due to diseases and a lack of drinking water, very hot summers, very cold winters.

Beyond the deplorable sanitary situation, there is an even greater danger: In the Rojava camps, the Islamic State is reconstituting itself. “These children are in radicalisation hot spots, at the mercy of Daesh,” argued Foreman.

Because, even if the Kurdish authorities control the entrance to the camps, inside these veritable cities of several thousand people, it is the law of the strongest.

“Many security experts agree that any security risks can be better managed if the people in the camps are repatriated in a controlled manner,” Christophe Paulussen, an international law expert at the Asser Institute and the International Centre for Counter-Terrorism in The Hague, told EURACTIV.

“Nonetheless, there is currently not enough talk about the long-term security ramifications of European governments’ inaction.”

In Europe, “governments continue to be very reluctant”

There are an estimated 645 European children and 231 women in Syrian camps. Last October, there was an increase in repatriation to Sweden, the UK, Denmark, and Germany.

At the EU level, there is no common policy, each country has its own strategy, mostly on a case-by-case basis. While in France repatriated mothers go directly to prison, in Belgium, they are tried but not imprisoned.

The three years spent in Syria in the camps constitute “a fairly heavy sentence” in the eyes of the Belgian government, said Foreman, while Paulussen explained that “the EU can only assist in coordination efforts, in sharing best practices, e.g. on repatriation or prosecution of returnees”.

In March 2021, the European Parliament called for the repatriation of children from Syrian camps but things did not really move.

Arguments are various: from national security and security of the repatriation mission itself, to challenges in prosecuting those brought home.

According to Paulussen, “it all boils down to a lack of political will and the inability of politicians to convey to one’s voters what is the only correct thing to do from an international legal, long-term security, humanitarian and moral perspective”.

Politicians know they have the backing of many of their constituents to take a tough stance in the fight against terrorism and no one wants to take the risk of bringing back a person who might later be involved in a terrorist attack, even if the security risks of inaction are even bigger, given that people are disappearing off the radar, he added.

At the start of 2020, the CNCDH held talks with the French government and the answer to the question about the repatriation of the women and children was: “We do not rule the camps. It is hard for us to go there and get the children”.

The CNCDH will soon launch a “desperate appeal to the French authorities”, while another delegation will go to the Rojava region again and try to access the camps.

“Not one more winter,” Foreman concluded. 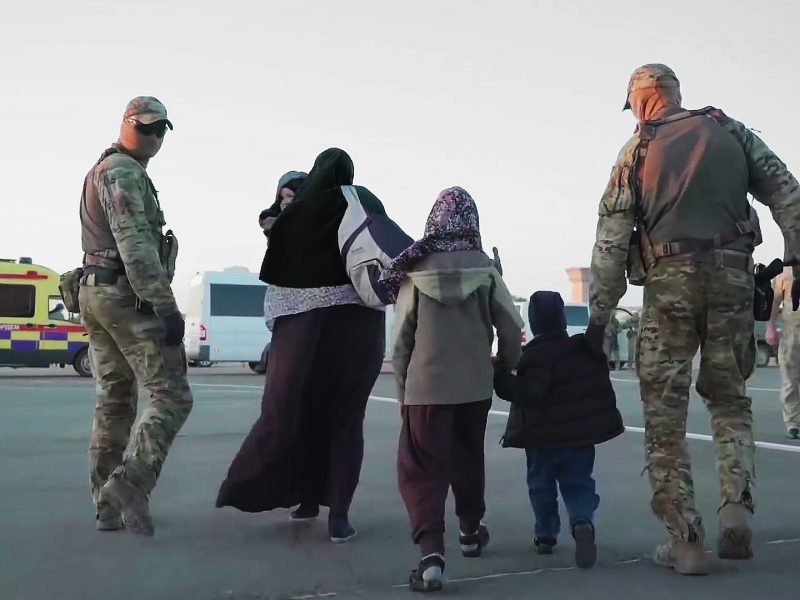