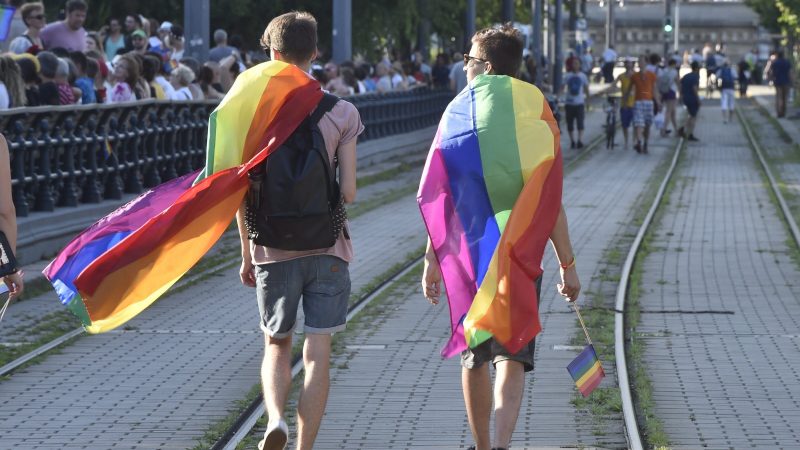 Hungary’s right-wing government last week passed a law banning educational programmes and materials for children that it deems “promoted” homosexuality, sexual identity different from that at birth, or gender reassignment.

“Stigmatising LGBTIQ persons constitutes a clear breach of their fundamental right to dignity, as provided for in the EU Charter and international law,” the 13 countries said in a joint statement initiated by Belgium and whose signatories include Germany, France, Spain, Ireland, the Netherlands and Sweden.

The statement was released as EU European affairs ministers held a meeting in Luxembourg focused on rule of law issues in Hungary and Poland, both of which Brussels sees as straying from EU values.

She said the controversial law “does not deprive anyone of their rights and does not discriminate any member of society”.

The “government of Hungary is stigmatised,” she said, calling it a “clash of ideologies”.

Hungary’s Foreign Minister Peter Szijjarto, attending the meeting, defended the law, saying it is “against only the paedophiles”.

In the joint statement, the EU countries said the legal amendments adopted by Hungary “discriminate against LGBTIQ persons and violate the right to freedom of expression under the pretext of protecting children”.

It said the law “deserves to be condemned”, adding: “Inclusion, human dignity and equality are core values of our European Union, and we cannot compromise on these principles.”

The European Commission, as the guardian of the EU treaties, should “use all the tools at its disposal to ensure full respect for EU law, including by referring the matter to the ECJ (European Court of Justice),” the EU countries urged.

The other signatories to the text were Denmark, Estonia, Finland, Lithuania, Luxembourg and Latvia.

Belgium’s Foreign Minister Sophie Wilmes said her country took the lead on the declaration because “the new Hungarian legislation undermines the fundamental values of the Europe we stand for”.

She added “We also have a duty to tell our partners when we are deeply convinced that they have taken the wrong path.”

Luxembourg’s European Affairs Minister Jean Asselborn said the law was “unworthy of Europe”…. “We are no longer in the Middle Ages”.

In contrast, the countries that didn’t ratify the Istanbul convention remained silent. Critics say the Istanbul Convention is a plot to introduce “gender ideology” and promote LGBT in traditionally conservative societies.

According to the Council of Europe website Bulgaria, the Czech Republic, Hungary, Latvia, Lithuania and Slovakia have not ratified the convention. The Bulgarian Constitutional Court ruled in 2018 that the Istanbul Convention was unconstitutional. Poland has ratified the Convention, but the conservative government has second thoughts.