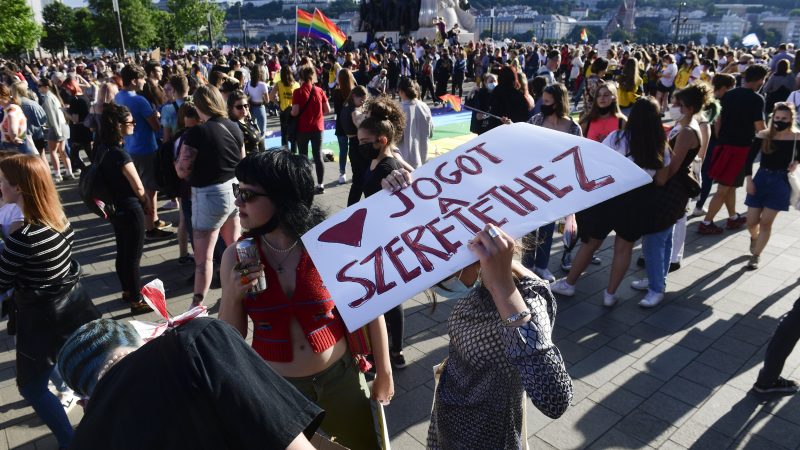 Protesters opposing some of the amendments of a bill that would implement stricter measures against pedophile offenders gather in front of the parliament building in Budapest, Hungary, 14 June 2021. [EPA-EFE/Szilard Koszticsak]

Hungary’s government has announced that provisions of its controversial new anti-LGBTQ law will apply around churches as well as schools.

The “Anti-Paedophilia Act” was passed in June and was originally aimed at toughening punishments for child abuse, but amendments were added banning the “promotion of homosexuality” to under-18s.

The government decree setting out the implementation of the law regulates the “display or portrayal” of products which “express homosexuality” or represent a “deviation from the identity corresponding to the sex at birth”.

Shops will be banned from selling such products within a 200-metre radius of churches, as well as schools and child protection institutions, the government announced late Friday (6 August).

The law has caused yet another row between Hungary and the EU. 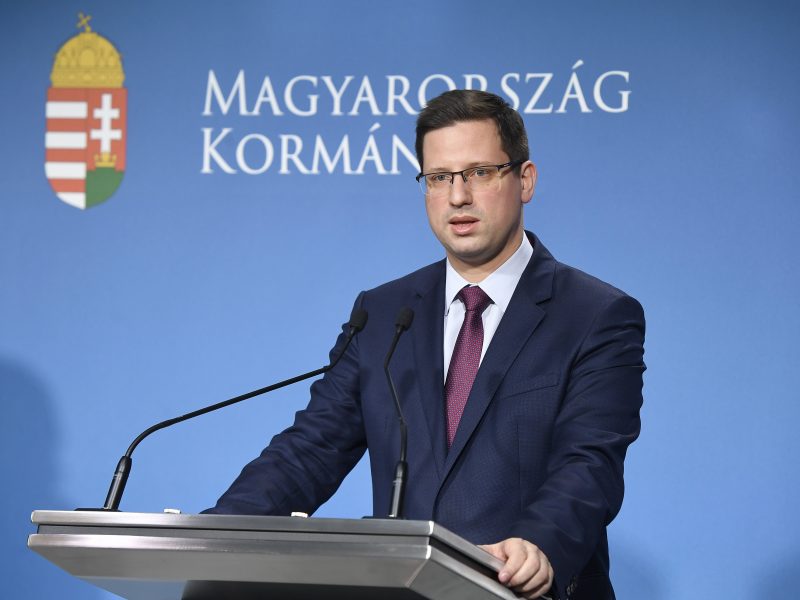 Hungary on Wednesday (7 July) rejected a demand from the European Commission and many EU lawmakers to repeal new legislation banning schools from using materials deemed to promote homosexuality.

European Commission chief Ursula von der Leyen has branded it “a disgrace” and the commission has launched an infringement procedure against Hungary, saying the measure breaks EU rules on rights to freedom of expression, as well as free trade and provision of services.

The law is seen as the latest salvo in nationalist Prime Minister Viktor Orbán’s project to reshape Hungary into a so-called illiberal country founded on conservative Christian values.

Firms cannot run ads showing support for homosexuals if they are seen as targeting minors, according to the law.

Teachers, publishers and broadcasters fear that the law could mean books being removed from curricula and films being barred from daytime viewing if they contain gay characters.

The law is the latest in a series targeting LGBTQ Hungarians, with activists warning of growing fear in the community.

Even before the latest law came into force, a civil society group was fined for not providing a parental guidance warning on a children’s book it published about same-sex parents.

On July 21, Orbán said a national vote would be held to gauge domestic support for the new law although no date has been set.

Some analysts say Orbán’s targeting of the LGBT community mirrors his long-running anti-migration agenda and is an effort to shore up his socially conservative voter base ahead of an election next year.