The Roma Rights in the time of COVID’ report came out just ahead of the publication of a key EU legislative proposal focused on fighting anti-gypsyism across Europe.

“Whilst no one was looking, vulnerable Romani communities were being brutalised by racist police officers, forcefully evicted from their homes, scapegoated by the far-right, denied equal access to healthcare, and left out of emergency policy-making,” the report said.

“Their children were being denied access to education, their neighbourhoods closed off and quarantined, all while a hostile media, starved of tabloid content, demonised them for cheap clicks,” the report added.

The pandemic has worsened the situation of marginalised Romani communities living in overcrowded and inhuman conditions, which are already more at risk due to limited access to healthcare, drinking water, sanitation and food.

On top of that, Roma were also among the groups the worst affected by the economic and social knock-on effects of the pandemic, the report warned.

“This is what happens when they think that no one is watching,” said ERRC president, Đorđe Jovanović, adding that the “lack of empathy and solidarity” with Roma during the COVID-19 lockdown period “has been deeply disturbing.”

“When a chaotic situation like this one happens, those who are in power show us how they would really like to deal with minorities and those who are different if they were given the chance, that is: without mercy,” he added.

The report urged the EU to guarantee “full transposition of the Race Equality Directive (RED) into domestic law has not translated into effective action against anti-Roma discrimination”.

It suggests broadening the scope of Article 3 to challenge the most common forms of discrimination against Romani people: forced evictions, discriminatory actions by law enforcement, and public authorities responsible for health, housing and social welfare, all of which should be considered as relating to the provision of public services.

At the same time, the centre recommends to the European Commission “to address the lack of capacity and the plain ignorance of many responsible authorities by supporting anti-discrimination for law enforcement, prosecutors, judges, public service providers, and other relevant duty bearers”.

If further also warns the EU executive should be especially “vigilant” in the case of member states “known for democratic backsliding, so that that temporary emergency powers assumed under cover of the pandemic do not become permanent fixtures”.

EU lawmakers to vote on report

The ERRC’s findings come a week ahead of a European Parliament report by Romani MEP Romeo Franz (Greens), which is set to provide recommendations for the new EU Roma equality strategy.

MEPs will propose a directive with binding objectives and targets, as well as adequate funding for the implementation of national inclusion strategies.

It is the first time, the European Parliament will vote on an EU policy on equality, inclusion and participation of people from Romani backgrounds with binding legal character.

“It puts at the forefront a legislative proposal for the Equality, Inclusion and Participation of my people, for the first time in the history of this house, and makes the fight against anti-gypsyism, the main cause of social exclusion of Romani people, a priority,” Franz told EU lawmakers on the Parliament’s civil liberties committee (LIBE) in early September.

Initially to be voted in October, it was put on September’s agenda to precede the EU’s Framework on Roma Equality and Inclusion Strategies, which the European Commission should present on 6 October.

“COVID-19 has shown us more than clearly the effects of anti-gypsyism and states’ neglect for the inclusion of Romani people, in the lives of many Romani women, children and men,” Franz told EURACTIV in emailed comments in August.

“Policies for Romani inclusion must be binding, but not to be seen as a pressure on the shoulders of member states, but as an urgent need to balance the socio-economic situation among citizens.”

In the context of the COVID-19 epidemic and through multiple cases of police violence against Roma throughout Europe, there is a clear need for EU and member state governments to take action and to get representatives of Romani communities involved in the development and implementation of national inclusion strategies, which need to be provided with the necessary financial resources. 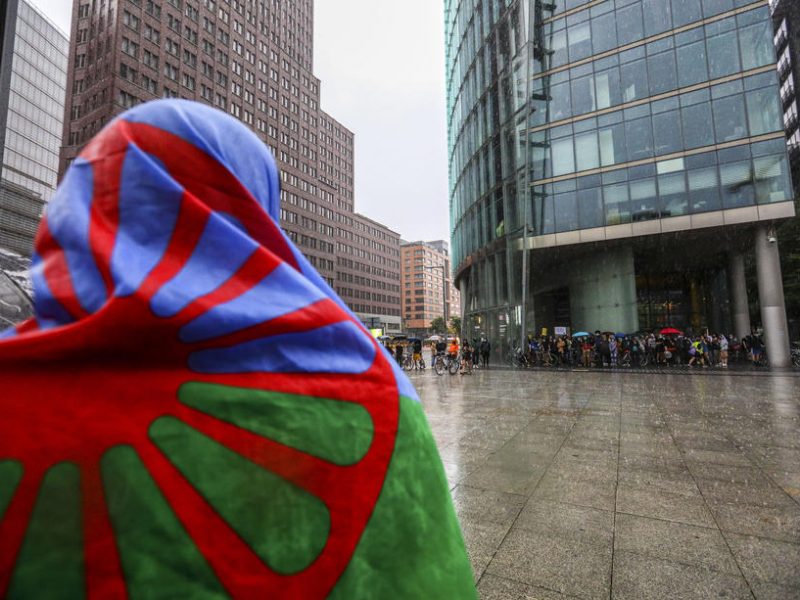